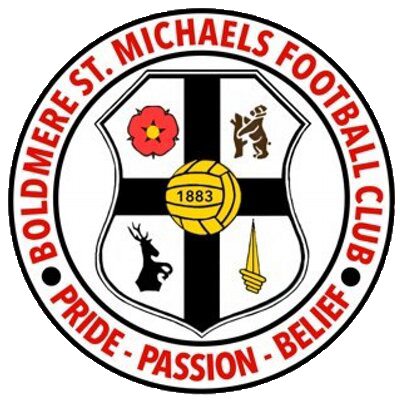 An outstanding second half performance saw Hinckley AFC net four times without reply as they came from behind to beat Boldmere St Michaels 6-2 at St John’s Park.
The result put AFC into the quarter finals of the Polymac Packaging League Cup for the first time, but they did it the hard way despite taking an early lead through James Williams.
Defensive errors allowed Boldmere to take a 2-1 lead on the stroke of half time, but Hinckley equalised through Paul Sullivan before turning on the gas in the second half.
Ryan Seal netted another brace, while Darious Darkin and Luke Richards both scored their first goals of the season in an emphatic win over higher league opposition.
Francino Francis made his Hinckley debut at the back as one of two changes from Saturday’s win over Studley – with Darkin returning for his first start since October.
In truth, Hinckley were the better side throughout and could have taken the lead even earlier than they did when Sullivan’s cross from the right wing was sliced onto his own post by a visiting defender.
Then, Javia Roberts’ 25 yarder was tipped around the post by Sean Butler before AFC did break the deadlock on the quarter hour mark. From a short corner, Andy Westwood’s glorious delivery was begging to be met by a Hinckley head, and Williams obliged by glancing home.
As Hinckley retained the upper hand, Seal’s shot was deflected just out of Roberts’ reach after a fine Darkin through ball.
It took until the 21st minute for Boldmere to have their first half chance – Ged Oldnall’s first time 25 yarder curling comfortably wide of Haydn Whitcombe’s left hand post.
And it was with their first true sight of goal that The Mikes pulled level. Brad Lindsey cut in from the left, and fired a powerful strike from the corner of the box that was too hot for Whitcombe to handle.
And for all Hinckley’s dominance, Boldmere had turned the game on its head five minutes before half time. A mix up between Francis and Whitcombe allowed Jack Skinner the chance to execute a superb deft lob over the ‘keeper from a narrow angle to give his side the lead.
Not to be outdone, Hinckley scored a similarly superb deft lob of their own just a minute later, as Sullivan expertly controlled a high ball and lifted over Butler to level affairs going into half time.
It was an entertaining first half in which both sides had chances, and the second half looked to be following the same tone early on. Williams was left isolated against Lindsey, who cut inside and looked to have a free shot at goal before being denied by Jacob Sturgess’ outstanding recovering block.
But from then on, it was all Hinckley and after Roberts dragged wide from the edge of the box, Seal put Hinckley ahead for a second time on the night with a precise finish after an equally precise through ball from Westwood.
Then, Sullivan’s powerfully struck snapshot was deflected wide as Hinckley turned on the gas, securing progression with two goals in two minutes midway through the half.
First, Boldmere failed to clear a right wing corner, which fell to Darkin on the edge of the box. The midfielder shifted onto his right foot before firing a low shot into the bottom corner to give Hinckley a two goal cushion.
And two became three just a minute later with a fine goal. Substitute Richards’ running down the left allowed him to pick out Sullivan, who laid off for Seal to curl a sumptuous first time effort into the bottom corner which left Butler rooted to the spot.
And with the game secured, Hinckley added further emphasis to the scoreline with nine minutes to go when Richards latched onto Seal’s through ball and slotted low beyond Butler for his first of the season.
It was a result that sends Hinckley into Christmas on a high, and they will look to give supporters a perfect Christmas present with a similar performance against follow high flyers Leicester Road at St John’s Park on Boxing Day.
Hinckley: Haydn Whitcombe, James Williams (Luke Richards 63), Lee Thomas, Jacob Sturgess, Francino Francis, Mark Williams (Tom McCrystal 77), Darious Darkin, Ryan Seal, Javia Roberts, Paul Sullivan (Connor Pugh 81), Andy Westwood. Subs not used: Leadun Dunlevy, Jack Farmer
Goals: James Williams (16), Paul Sullivan (41), Ryan Seal (56, 67), Darious Darkin (66), Luke Richards (81)
Boldmere: Sean Butler, Yannick Gomes, Anthony Fitzmaurice (Louis Conway 81), Max Black, Harry Craven, Alex Forde, Kyle Byrne (Ben Usher-Shipway 63), Jason Holmes, Ged Oldnall (Kyle Dean 79), Jack Skinner, Brad Lindsey. Sub not used: Brandon Knight
Goals: Brad Lindsey (30), Jack Skinner (40)
Attendance: 139