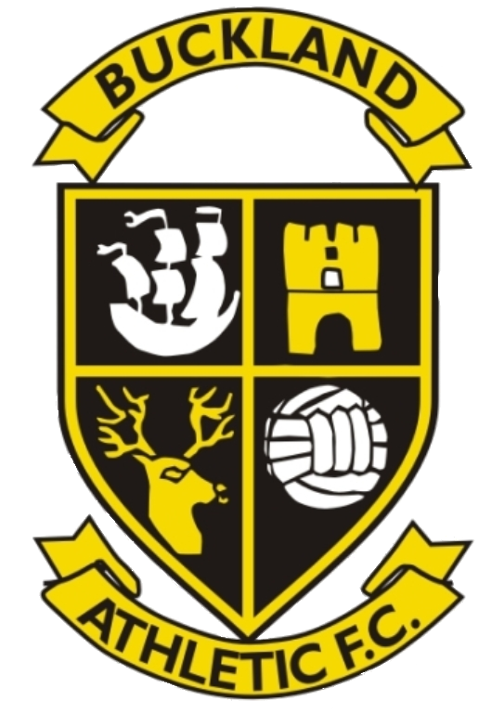 A hat-trick from Sam Agar wasn’t enough to extend Hinckley AFC’s best ever FA Vase run as they bowed out of the competition in a 4-3 extra time defeat to Buckland Athletic.

The last 16 tie was a thrilling affair throughout for the 418 spectators – the third time in a month that Hinckley have set a new club high attendance.

AFC had the tie in their grasp early on when Agar netted twice in the first ten minutes to put Hinckley in control, but Buckland scored twice late in the first half to send the sides in level at the break.

Agar completed his treble after the interval but Lloyd Gardner scored his second of the match to send the tie into extra time, two minutes into which Richard Groves scored the decisive goal the send the Devon side into the quarter finals.

Carl Abbott made three changes to his Hinckley side that was beaten by Atherstone Town last week. Agar made his first start since October up front, with JJ Melligan and Darious Darkin also returning.

With the stakes high, Hinckley started nervously in the first couple of minutes and gifted Buckland the first chance of the match when they gave the ball away with just seconds on the clock. Gavin Hammon couln’t take advantage though, and dragged wide of the near post.

But AFC had the game’s next chance just seven minutes in, and they didn’t let it pass. Andy Westwood’s cross wasn’t fully dealt with by the visiting defence, and the ball fell to Sean Williams on the edge of the box. Williams shifted the ball right to Agar, who unleashed a powerful effort that gave Grant Fisher no chance in the visiting goal.

Just two minutes later, Hinckley were in cruise control of the tie. Agar was fed down the left channel and pulled back to Darkin, who kept the move alive by finding Williams on the right. Williams provided his second assist of the day with a low cross which Agar converted from inside the six yard box.

Buckland may have started slowly at the back but were always lively going forward, and came close when Jarod Lewington fired over at the far post.

Agar and Lee Thomas linked up well down the left as the hosts continued to cause Buckland problems. Midway through the half, Thomas shifted inside to Agar, who saw a shot well saved by Fisher.

Then, Lee Butler’s free kick wasn’t far away from being converted by an attacking head as Hinckley sought the goal that would put them in dreamland.

But it wasn’t to come during their spell of dominance in the game and Buckland had more chances as the half went on. Haydn Whitcombe was called into action for the first time when comfortably dealing with Lewington’s header.

Then, Hammon was allowed through on goal but was denied by a fine Whitcombe save, and Lewington’s rebound struck the post and then hit Ryan Paddock before AFC cleared.

Sean Williams went close again for Hinckley when his angled drive was blocked by Fisher’s legs, but AFC would have simply wanted to withstand their opponents’ resurgence and carry their two goal lead into the break. Those hopes were dashed, though, as Buckland not only halved the deficit but levelled before the break.

They had Gardner to thank for pulling them back into the game. With four minutes to go before half time, the winger beat Thomas by cutting inside from the right, and when offered half a sight of goal let fly with a precise effort that found the bottom corner.

And the same player also played a crucial role in the equaliser in first half stoppage time. This time he beat Thomas on the outside, getting to the byline before pulling back for Hammon to slot home from twelve yards.

That setback could easily have thrown Hinckley off their game in the second half, but although Buckland had more of the play after the break, Hinckley more than held their own and had the first chance after the break when Ryan Seal fired wide from the edge of the box.

For Buckland, Groves twisted and turned his way into the box only to see his fierce effort saved by Whitcombe. The same player then curled over after being set up by Gardner.

It was midway through the half when Hinckley restored their lead. Williams provided for Agar again, slipping the striker through on goal as Agar made no mistake when one on one.

Williams then came within inches of putting Hinckley two goals to the good again, but saw his strike from the corner of the box hit the bar.

And Gardner, Buckland’s biggest threat throughout, was the man who pulled them level again with fifteen minutes to play. He started the move when he drove forward and beat a couple of Hinckley challenges, and when the ball fell to him again on the edge of the box, he made no mistake with a precise finish in off the post.

With extra time looming, both sides had one final chance to put themselves into the last eight. For Buckland, Groves’ free kick in a dangerous position went too high, while at the other end, Agar came agonisingly close to a fourth goal but his effort bobbled narrowly wide.

So the game went into an additional half hour, and after Groves shot wide when Hinckley gave the ball away, he netted the decisive goal two minutes into extra time by scuffing past Whitcombe to give Buckland the lead for the first time.

After that, Hinckley threw bodies forward in an attempt to force an equaliser, and came close on 104 minutes when Agar’s cross was inches away from being met by the onrushing Peter Williams.

That made for a frantic, end-to-end final 15 minutes in which Whitcombe denied Gardner with a comfortable save.

In the second half of extra time, Hinckley had strong shouts for a penalty turned down when Williams was tripped in the box, before the same player curled an effort straight into Fisher’s arms.

Then, Agar met Thomas’ cross with a header which hit a defender on the line and went behind for a corner. No-one was beating Paddock the resulting set piece as the centre half attacked it and powered a header off the bar.

Buckland had a chance to put the tie to bed when Charlie Johansen broke forward but saw his effort saved, allowing Hinckley one final chance to salvage their Vase dream. Javia Roberts was cynically hacked down as he drove towards the box, and with all 22 players within 25 yards of the Buckland goal, Williams’ resulting free kick was cleared and referee Anthony Tankard called time on Hinckley’s run in this season’s competition.

Abbott’s side can leave the competition with their heads held high as they return their attentions to the league and League Cup in the coming weeks.