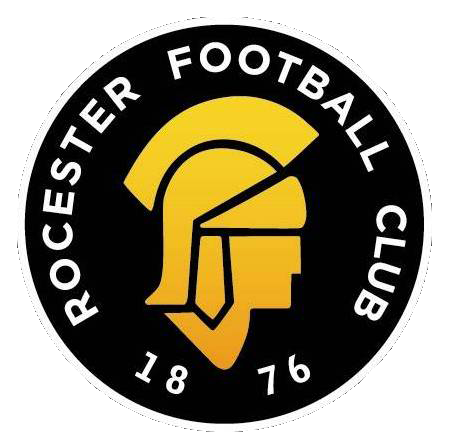 Hinckley AFC are into the semi finals of the Polymac Packaging League Cup after a 6-1 win over higher level Rocester at St John’s Park.

AFC were “a poor imitation of themselves” in defeat on Saturday according to manager Carl Abbott, but their return to form was immediate with a fine performance against their Midland League Premier Division opponents.

Oliver Roome gave the visitors an early lead but a hat-trick for Ryan Seal and one each for Sean Williams, Sam Agar and the returning Paul Sullivan put Hinckley through.

Abbott made two changes to his side from Saturday, with centre backs Jamal Clarke and Ryan Paddock dropping out. Francino Francis made his second start for the club while Andy Westwood returned to the midfield, meaning Mark Williams slotted in at centre back.

Hinckley did, though, have to come from behind after their visitors took an early lead with just three minutes played. Chris Martin won the ball from Chad Degville-Cross and fed Roome, who slotted past Haydn Whitcombe.

But Hinckley responded well to going a goal down, and after forcing visiting ‘keeper Richard Froggatt into a smart save, AFC levelled on the quarter hour mark. James Williams won the ball back and as Hinckley came forward Agar fed Sean Williams, whose ball across the box was slid home by Seal.

The game continued at a fast pace with Hinckley having the better of it, though Williams couldn’t apply the finish from Seal’s fizzing ball in.

It wasn’t to matter though, and Hinckley took the lead with 24 minutes gone. James Williams was involved again as his low cross wasn’t dealt with by the defence, and Sean Williams converted from close range.

Seeking an equaliser, Rocester called Whitcombe into action through Callum Riddell’s shot before, at the other end, Agar’s fine forward play set up Seal, who rounded Froggatt only to see his effort cleared off the line.

And Agar and Seal combined again ten minutes before half time to make it 3-1, the former’s header back across the box being finished by the latter from close range.

Sitting two goals to the good at half time, Hinckley would have wanted to kill the game off early in the second half but although they continued to have the better of the game, they couldn’t find that goal. Agar headed a Seal corner against the bar and Froggatt made a fingertip save to deny another Agar header.

Agar, though, did finally get on the scoresheet midway through the half with a mazy run that beat defenders in the box and culminated in a poke beyond Froggatt.

Hinckley were dominant by this stage against a tiring Rocester side, but to their credit the Romans still forced Whitcombe into a fine save from Roome after Darren Bullock’s through ball.

And with 15 minutes to play, the tie was put to bed. Agar was involved again as his dribble culminated in a pull back to the edge of the box, where Seal bent home his third of the evening.

That was Agar’s final action as the striker was replaced by Paul Sullivan for his first appearance in more than two months following an injury lay off.

And Sullivan was straight into the action, crashing a 25 yard shot off the bar just minutes after coming on before the same player completed the scoring late on.

Seal turned from scorer to provider as his pull back was delightfully lofted home from close range by Sullivan to add further gloss to the scoreline and complete Hinckley’s passage to a Leicestershire derby with St Andrews in the last four.