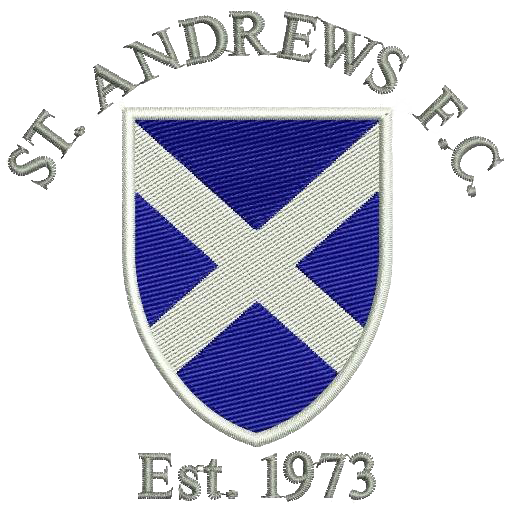 AFC came into the game with a one goal deficit from the first leg but their task was made twice as difficult when Ryan Hodkinson gave the visitors an early lead on the night.

And second half goals from Sam Preston, Sam Hollis and Ben Tansley sent the Andrews to the Bescot Stadium – despite Paul Sullivan pulling one back for Hinckley.

The 8-4 aggregate scoreline was harsh on Hinckley who hit the woodwork four times throughout the tie’s 180 minutes but the visitors were good value for their win on the night against a Hinckley side far from their best.

Carl Abbott made just one change to his Hinckley side that beat Heather St John’s on Saturday. Jamal Clarke returned from injury to play at centre back, with Mark Williams moving into midfield in place of the injured Darious Darkin.

In truth, AFC missed Darkin’s energy in midfield in their attempts to overturn the visitors’ lead from the first leg and, after Sullivan fired wide from the edge of the box in the first minute, St Andrews took the lead on the night. Neat build up play allowed Hodkinson a sight of goal, and he coolly slotted home one-on-one.

It was too easy from a Hinckley point of view, and they were now facing an upward battle in their attempts to reach the final.

They initially responded well, though, and had plenty of possession in the final third but for large spells lacked the killer final ball to create clear cut chances.

They did, though, have a golden opportunity to score on 11 minutes. Chad Degville-Cross’ ball found Ryan Seal, who couldn’t control fully, but the ball spilled to Sullivan. He threaded Javia Roberts through on goal, Roberts’ initial shot was saved by Ben Challis but the rebound fell back to the forward, who could only head against the post.

After that, though, despite Hinckley seeing more of the ball it was St Andrews who had the better chances. In their next sight of goal, Haydn Whitcombe had to be alert to deny Shay Brennan from close range after Hinckley gave the ball away to Elliot Putman.

Then, Leon Doughty’s angled drive was well clawed away by Whitcombe, while Brennan’s curling 20 yarder was also held by the Hinckley ‘keeper.

For Hinckley, Francino Francis blazed over when the ball spilled to him from Sullivan’s blocked free kick, while Hollis also fired over at the other end when he should have scored on the stroke of half time.

If Hinckley were to reach the final, they needed to start the second half strongly. Abbott introduced Sam Agar at the interval in the hope of turning the game around but it was the visitors who scored the next goal seven minutes in to the half. Hinckley only cleared a corner as far as Preston 30 yards out, who fired a swerving first time strike into the corner with Whitcombe beaten.

Hinckley, though, never know when they are beaten and four minutes later they were back in the tie. A defensive mix-up saw Challis fail to come and claim a routine ball, and Sullivan’s perseverance saw him nip in and slide into the empty net.

That gave the home side hope, and just three minutes later they came agonisingly close to levelling the game on the night. Agar’s flick found Seal in space, and his first time shot had Challis beaten but came back off the angle of post and bar.

That was Hinckley’s big chance, and when it didn’t result in a goal St Andrews gained in belief. It was they who had the better of the chances in the final 25 minutes as Hollis shot wide on the angle, Hodkinson’s powerful 25 yarder was saved and James Williams’ great defending prevented Brennan having a one-on-one.

In their desperation to get back into the game, Hinckley stopped playing their usual flowing passes and instead played into St Andrews’ hands. Their centre back Joe Latham barely lost a header all night as Hinckley looked stuck for ideas.

Then, with AFC throwing men forward in search of an equaliser, Tansley got in behind Degville-Cross but was denied by Whitcombe at the near post as St Andrews looked to put the tie beyond doubt.

And they did just that from the resulting corner, which was bundled home by Hollis at the far post after Mark Williams had cleared off the line.

In reality, that put the tie to bed and St Andrews added gloss to the scoreline with a minute of normal time remaining thanks to another fine solo goal. It came from Tansley, who cut in from the right and bent a left footed strike that nestled in the far corner.

That brought to an end Hinckley’s best run in the competition, and they must now turn their focus to maintaining their grip second place in the Midland League First Division.