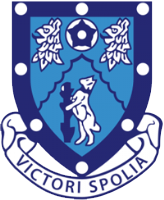 A second half goal from Sam Agar wasn’t enough for Hinckley AFC to avoid a narrow defeat against Rugby Town at St John’s Park last night.

AFC found themselves 2-0 down at the break through Chadd Birch and Reuben Wiggins-Thomas, but were competitive throughout and Agar’s strike halved the deficit with a quarter of an hour to play.

On a warm night, Hinckley started brightly and had most of the early chances. Agar went close twice, first scuffing an effort straight at Niall Cooper before shooting wide f the far post.

Isaac Cooper also went close with two long range efforts and Hinckley felt they should have had a penalty when Mitchell Evans was clipped from behind.

But the first goal went in at the other end with Rugby’s first real chance. Francino Francis’ back header fell short of Jack Hartopp and Birch nipped in to lob over the ‘keeper.

After the goal, Rugby settled into the game and had much the better of the remainder of the first half. Wiggins-Thomas was denied by Mitchell Tomlinson’s fabulous last-ditch challenge, before the same player did double the lead by heading home from a left wing cross.

Both sides made changes at the break and the second half’s goalmouth action was few and far between. Agar was denied by Niall Cooper when attempting to take the ball around the ‘keeper, but made amends when he slotted home Isaac Cooper’s cross.

It was a good workout for Carl Abbott’s side against higher level opposition, and they are next in action with a trip to Cradley Town on Saturday.