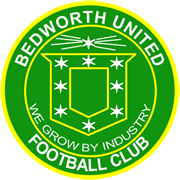 In what was a fine performance from Carl Abbott’s side against a team from two levels higher, the full back levelled in an expressive second half in which Hinckley could have snatched a win.

Both sides had an early chance, Haydn Whitcombe forced into a diving save before Joe Haines fired over, but goalmouth action was sparse for the most part of the first half.

That was until Bedworth were awarded a free kick 25 yards out, which was neatly bent into the bottom corner to give the hosts the advantage.

Hinckley’s best chance to level before the break came through George Bowerman, but he was smothered by the ‘keeper after being sent through on goal.

Haines and Dom Smith both went close as Hinckley sought a leveller, which came through Williams as he strode forward down the right, and after an attempted block ricocheted into his path he continued his run into the box and coolly slotted home.

As both sides went after a win, Whitcombe was forced into a fine one handed save to keep Bedworth at bay, while Kyle Minto and Brad Rolston both threatened for Hinckley.

But neither side could find the winning goal, and Hinckley take the draw into their final friendly of pre-season at Barwell on Tuesday.