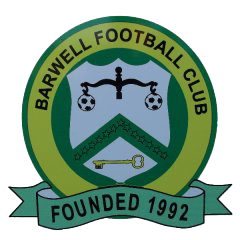 Against a strong Barwell side from three levels higher in the non-league pyramid, AFC were level at half time courtesy of Bowerman’s cheeky finish.

But the Canaries scored three goals in nine minutes at the start of the second half to put the result beyond doubt, despite Francis heading home Hinckley’s second.

Hinckley had the first chance as Francis steered wide from a corner, but the hosts soon took control. Ryan Seal uncharacteristically fired wide from close range and Haydn Whitcombe had to be at his best to keep parity early on, saving from Whitmore and Eddie Nisevic.

But he was powerless to deny Ryan Robbins tapping home at the far post to give Barwell the lead midway through the half.

Robbins was denied again by Whitcombe shortly after, while Isaac Cooper fired a free kick narrowly over for AFC.

That was before Bowerman levelled ten minutes before the break, springing the offside trap to meet Joe Haines’ pinpoint through ball and equalising with a deft chip beyond the advancing ‘keeper.

But while the sides were level at the break, the result was put beyond doubt by time the hour mark came around. Robbins tapped home at the far post again for his second, and just five minutes later Seal rounded Whitcombe and walked home to make it as AFC were left to rue defensive errors.

The glut of goals continued soon after, with Robbins drilling low into the far corner to secure his hat-trick.

By 66 minutes, it was 5-2. Francis powered home a header from a corner to reduce the deficit, but it was restored just two minutes later when Nigel Julien slid home a fifth with the Hinckley defence slow to react to Whitcombe’s parry.

Late on, only Jake Healy came close to another goal for Hinckley when his snapshot was tipped around the post as Barwell took victory and Hinckley took defeat into Saturday’s Emirates FA Cup opener at Worksop Town.