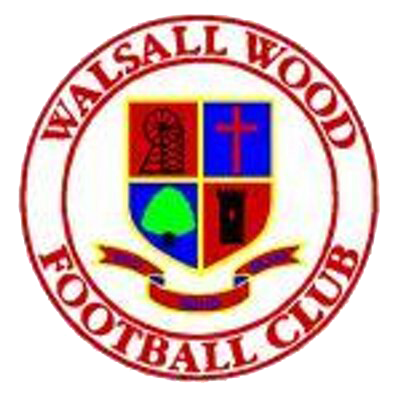 Tonight, recently relegated Walsall Wood were the beneficiaries as they scored twice in each half to condemn Hinckley to a first league defeat while extending their own 100% record.

In the absence of Carl Abbott, Paul Tomlinson led the side again looking to build on Saturday’s opening day win at Stafford Town. He made three changes to that side, with Joe Haines making his Hinckley debut while Bekir Halil and Francino Francis returned.

But, after Sam Agar’s clever lob landed wide of the post just 50 seconds in, the opening 20 minutes didn’t go to plan.

Just five were on the clock when Wood took the lead. Good work by Jordan Fitzpatrick on the left saw him drill a low cross into the six yard box, where Joey Butlin ghosted in to convert unmarked.

Butlin then sliced wide from the edge of the box after Halil gave away possession, before Hinckley found themselves with a mountain to climb. The goal came from Wood’s left wing again, as another cross found its way to Peter Till on the edge of the box, the winger half volleying crisply into the far corner.

But Hinckley weren’t two down for long, and quickly sought themselves a route back into the game. Agar did well down the left to turn Dale Taylor inside out and get to the byline, pulling back for Lee Butler to net from close range and bring Hinckley within a goal again.

That sparked Hinckley’s best spell of the game, and they had the better of the play up until half time but couldn’t capitalise. In their best chance, Agar was the threat again as he twisted his way into half a yard of space and fired goalbound, only for Lloyd Ransome to turn his effort around the post.

At the other end, former Hinckley midfielder Andy Westwood fired wide for Wood as they took their slender advantage into the break.

But if Hinckley were wanting to come out and take the game to Wood after the break, the visitors had other ideas. Butlin’s well struck effort was met with an equally impressive save from Haydn Whitcombe, before the ‘keeper was called into action again from the resulting corner, denying Louis Harris after the substitute was left unmarked at the far post.

Then, Tony Clarke threaded narrowly wide as Wood sought to extend their advantage.

It was, though, Hinckley who threatened next. Breaking forward from a corner, Agar found Sean Williams down the right, and he beat Darren Campion but fired over on the angle.

Then, George Bowerman, on as a substitute, had a chance with his first touch just a minute later. Williams found him in space centrally, but he couldn’t recover from a poor first touch and Ransome was out quickly to deny him.

That was to be Hinckley’s big chance to level, and after Whitcombe denied Clarke again, Wood added a third with 20 minutes to play. It was a strike worthy of winning any game, as Fitzpatrick found the top corner from a 25 yard free kick which beat the wall and left Whitcombe with no chance.

And any hopes Hinckley had of salvaging something were dashed two minutes later. Neat football saw Clarke sent through on goal and he was brought down by Dom Smith, who was sent off as the last defender. Fitzpatrick’s fierce free kick was only parried, and Clarke reacted quickest to slam home from close range.

Unable to dwell on the defeat, Hinckley must pick themselves up ahead of Saturday’s Emirates FA Cup tie against Aylestone Park.