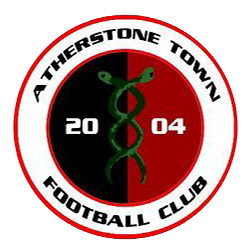 Alex Naughton’s late brace turned the game on its head as Hinckley AFC slipped to a stoppage time defeat against Atherstone Town at Sheepy Road.

Thanks to Dom Smith’s header in an intriguing and evenly balanced first half, Hinckley looked to be heading for a fourth straight win despite a lacklustre second half showing.

But Naughton had other ideas, and curled home a fine free kick to level before coolly slotting home on the break to win it for the Adders and condemn Hinckley to late defeat.

Carl Abbott made four changes to the side that beat Paget Rangers in the first half of the bank holiday double header on Saturday, bringing James Williams, Smith, Isaac Cooper and Sean Williams back into the side.

It was an end-to-end opening, with both sides taking little time to play themselves into the game. Chances came at both ends, and Hinckley should have taken the lead just three minutes in. Cooper’s long throw was flicked on by Smith, and Williams blazed over when unmarked at the far post when he should have hit the target.

Then, Williams came close again as a header back fell short of ‘keeper Tom McNulty. The striker nipped in but lofted narrowly wide.

At the other end, Harry Walker-Donovan did well to cross to the far post where Adam Bilic scuffed his effort and Haydn Whitcombe was untroubled in the Hinckley goal.

The sides then exchanged chances as Kyle Baxter fired high and wide from range for the hosts, before Hinckley threatened when Smith rose highest to meet Lee Butler’s corner but headed narrowly over.

Hinckley were unable to play their usual flowing football on a bumpy pitch with long grass, but they still had the better of the opening 20 minutes.

But by the midway point in the half it was Atherstone’s turn to get on top, and Hinckley had Whitcombe and Joe Haines to thank for keeping on level terms.

From a Hinckley corner on 27 minutes, Atherstone broke forward and after link up play between Baxter and Walker-Donovan, the latter lofted over Whitcombe but the recovering Haines made a superb recovering header off the line.

From the resulting corner, Danny Douglas headed goalbound but Whitcombe tipped over at full stretch.

Walker-Donovan then fired over as the Adders sought the breakthrough, but it was Hinckley who took the lead ten minutes before half time. Butler and Smith combined again, the midfielder’s right wing corner met by a powerful Smith header which gave McNulty no chance.

It meant Hinckley went into the break ahead, but after it they struggled to gain a foothold and the Adders had possession and territory largely in their favour.

That said, Whitcombe was untroubled until the hour mark when he pushed Baxter’s free kick wide.

He then had to be alert to deny substitute Kyle Turner from close range, before neat build up play set up the same player, who scuffed an effort into the ground which bounced over the bar.

Hinckley then had chances on rare breaks forward, with McNulty making regulation saves from Haines and Bowerman, but despite the Adders’ second half dominance it looked as though Hinckley would escape with all three points.

That was until the 86th minute. Atherstone were awarded a free kick 20 yards out in a similar position to the one from which Baxter was denied by Whitcombe earlier. Naughton stood over it this time and bent it into the top corner to level.

With Hinckley penned in, there only looked like being one winner but Hinckley wondered if they could escape with a draw when Darren Eggleton’s stunning 30-yard effort on the turn looked to be flying goalbound but clipped the outside of the post.

But a minute into stoppage time, Naughton bagged the winner. A long pump forward was flicked on by Luke Shorthouse, and Naughton out-muscled Lee Miveld to run through on goal and spark jubilant scenes from the home fans.

Now 2-1 down, Hinckley sparked into life in the final five minutes of the game and finally gained a foothold. They had pressure and a host of corners but it was too little, too late. They didn’t force McNulty into a save and the Adders held on for a derby day win.