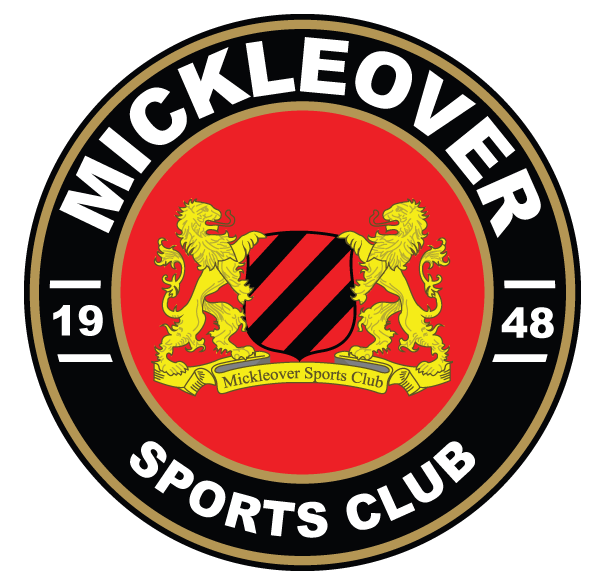 George Bowerman’s header wasn’t enough to keep Hinckley AFC in the Emirates FA Cup as they bowed out at the hands of Mickleover Sports despite a valiant effort.

Against a side from three levels and 55 places above them in the non-league pyramid, Hinckley were competitive throughout and could easily have snatched a draw to bring Mickleover back to St John’s Park for a replay.

It looked that way when Bowerman headed Hinckley level on the stroke of half time, lifting the large and vocal travelling support after Zeph Thomas had put the home side ahead.

But Mickleover player-manager John McGrath side-footed the winner 20 minutes from time to send the Derbyshire outfit into the second qualifying round.

Hinckley manager Carl Abbott made three changes to the side beaten by Atherstone Town on Monday. JJ Melligan made his first start of the season, while Alex Morris and Sam Agar both returned.

As expected for a side from considerably higher, Mickleover had the lions’ share of the ball in the opening stages and had their first chance when a loose ball fell to Jake Scott, but his shot was crowded out by the visiting defence.

Then, Thomas’ lofted effort dropped narrowly wide of the post with Haydn Whitcombe beaten, while for Hinckley Agar couldn’t quite convert after Morris knocked down Joe Haines’ wide free kick.

The sides exchanged half chances through Agar and Euan Garnett, before Mickleover took the lead midway through the half. The hosts were awarded a free kick 25 yards out, which Thomas bent onto a postage stamp in the top corner giving Whitcombe no chance.

As Hinckley re-grouped after the goal, Agar almost ran onto Haines’ through ball but Lewis King raced out to deny him, while Andy Dales’ strike on the angle was comfortably held.

And after Dales was denied by Whitcombe again, Hinckley levelled a minute before the break. Butler’s free kick from the left was headed back across goal by Dom Smith, and Bowerman was on hand to convert from close range and send the travelling support into raptures.

That sent the sides in level at the break, and if Hinckley felt they had a chance at this point, those sentiments increased eight minutes after the break. Dales, arguably Mickleover’s biggest threat during the first half, thrust his head in the direction of Lee Miveld in front of the referee and was shown a straight red card.

That saw much of the next stage of the game played in the middle of the park, with little goalmouth action – with Scott’s low effort comfortably saved the only real sight of goal for either side.

But with 19 minutes to play, Mickleover took the lead again with another moment of quality. This time it came from the foot of former Burton Albion man McGrath who picked his spot with a fine finish from 25 yards.

Now leading, Mickleover adjusted well to being down to ten and retained possession well, but Hinckley pressed when they had the chance. Butler’s wicked corner was palmed away from under the bar, and substitute Jake Healy had strong penalty claims turned down as Hinckley sought an equaliser.

And AFC’s last chance came in stoppage time. Isaac Cooper’s long throw was flicked on by Smith, but Agar’s header was easily held by King, who gratefully dropped on the ball as the home side advanced to the next round.

But Hinckley did themselves proud on the day, and will now return their focus to carrying that performance into their league campaign.