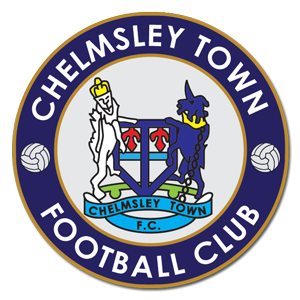 Hinckley AFC’s new era started in fine style as Dean Thomas led his side to a 5-0 win over Chelmsley Town at Pack Meadow.
Nearly five years to the day after resigning as manager of Hinckley United, Thomas returned to the dugout to take interim charge of AFC after Carl Abbott’s departure in the week.
And his reign started with a bang. Steve Hart’s brace was supported by goals from Lee Butler, Richard Munday and Isaac Cooper as AFC cemented their place as the league’s leading scorers.
Thomas made four changes to the side that beat Brocton last week. Munday and Ben Rad returned at the back, while Kyle Minto made his first Hinckley start and Richard Lavery, back at Hinckley after making 279 appearances for United, started in midfield.
Tuesday marks five years since the end of Thomas’ reign in the dugout at United, but within minutes he was barking orders from his technical area like he hadn’t been away.
And he would have been pleased with his side’s start. Minto threatened early, but flashed across the face of goal after being sent through by Lavery’s header.
Within ten minutes, Hinckley took the lead. Hart, a threat throughout, was brought down by Ross Casey on the edge of the box, and Butler bent the resulting 20-yard free kick into the bottom corner.
Two minutes later, the club captain turned from scorer to provider, pinging in a corner which Munday attacked and powerfully headed home from six yards.
It was the perfect start to the game and the era, and confined the idea of any instability to the scrapheap.
Having put themselves in a position of power in the game, Hinckley continued to move the ball well but for the next 20 minutes, chances were relatively few and far between. Chelmsley were restricted to speculative efforts from range which didn’t force Haydn Whitcombe into anything other than routine work, Harry Sweeney’s free kick a prime example, and nine minutes before the break Hinckley extended their lead.
Good work by Hart and Mitchell Tomlinson down the left set the striker free, but his cross was deep. Marcus Jackson recycled the play at the far post, and crossed for Tomlinson to knock down and Hart took one touch on his chest before drilling past James Kelly in the home goal.
As Hinckley asserted their dominance before the break, Cooper fed Minto to cross inches out of Hart’s reach, and before the home side had fully cleared Tomlinson’s neat turn earned him half a yard on the edge of the box for a shot which Kelly tipped wide.
From the resulting corner, Hinckley players were queueing up to force home Butler’s delivery but in the end it was Munday who was denied by Kelly.
On the stroke of half time another Butler set piece caused problems, but Lavery headed into the side netting.
Thomas would have been impressed by his side’s first half display, but whatever he said at half time had the desired impact in a blistering start to the second period. Less than 30 seconds had passed when the fourth goal came. Minto was set free down the right and got to the byline before pulling back for Cooper, in acres of space, to pick his spot and find the bottom corner.
And the cheers had barely died down from that goal when Hart’s stunner had the supporters up again, a fierce strike lashed home from the corner of the box via the inside of the post made it five.
With the result now beyond doubt, Hinckley were relaxed in their play and still moved the ball well, taking full advantage of the 3G surface. Minto’s all round play was good but when presented with a chance one-on-one, he snatched a little in an attempted lob and Kelly comfortably grabbed.
The same player then couldn’t convert the rebound after Ryan Baldwin’s clever feet set up Hart for an effort which Kelly saved, before Butler curled narrowly wide from 20 yards as Hinckley sought a sixth.
To Chelmsley’s credit, they kept battling in their search for a goal and came close when a neat move down the right led to a chance for Dan Egege, but James Williams blocked his goalbound effort.
Then, fellow substitute James Taylor saw an effort tipped around he post by Whitcombe as the keeper preserved his clean sheet.
As the game meandered towards a comfortable Hinckley win, the only real chance late on was for Butler as he sliced wide of the near post, but that wasn’t to matter as AFC out the uncertainty of the week before behind them with a solid three points.
Chelmsley: James Kelly, Alex Knight, Harry Sweeney, Ross Casey (James Sawyer 68), Matt Kent (James Taylor 55), Richard Learnihan, Adam Keeley, Rob Ellis, Chris Gummery, Kaine Williams (Dan Egege 77), Lyndon Weller. Subs not used: Jamie Barrett, Jem Mills
Hinckley: Haydn Whitcombe, James Williams, Mitchell Tomlinson, Ben Rad, Richard Munday, Marcus Jackson (Ryan Baldwin 62), Lee Butler, Richard Lavery, Kyle Minto, Steve Hart (Luke Edwards 74), Isaac Cooper (Danny Edwards 77). Subs not used: Matt Jelfs, Zack Stretton
Goals: Lee Butler (9), Richard Munday (12), Steve Hart (36, 48), Isaac Cooper (46)