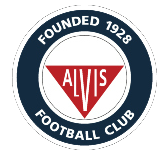 Dale Belford’s new look Hinckley AFC side put in a five star performance with five different goalscorers in a convincing win at Coventry Alvis.
With four debutants in the side, Hinckley looked assured from early on. The new signings took little time to bed themselves in and AFC never looked like relinquishing the lead they took in just the second minute through Richard Lavery.
Kevin Thornton and Josh Willis marked their first starts with goals either side of half time, before Steve Hart and Jake Healy rounded off the scoring.
In a much changed side to the one that played in Tuesday’s Leicestershire Challenge Cup defeat by Aylestone Park, Ty Belford, Dominic Perkins, Thornton and Willis all made their debuts while James Williams and Mitchell Tomlinson returned from injury.
The win ensured Hinckley continued their record as the league’s leading goalscorers with 46 now from just 13 games, and had Jack Tregarth not made some fine saves to keep AFC at bay it could have been more.
That said, just two minutes were on the clock when Lavery gave Hinckley the lead, heading home at the near post.
In tricky conditions, with the wind strong throughout, Hinckley continued to have the better of proceedings and doubled their advantage midway through the half. Hart was brought down on the edge of the box, and Thornton bent the resulting free kick home to mark his first appearance for the club with a goal.
Not content with just two goals, Hinckley sought a third before the break and were denied by the woodwork, before Hart had a shot cleared off the line on the stroke of half time.
Hinckley’s shape was good throughout and Alvis’ chances were limited, with Hinckley all but securing the points six minutes after half time when Isaac Cooper’s left wing cross was converted by Willis to ensure another debutant kicked off their Hinckley career with a goal.
Midway through the half, two goals in two minutes added extra gloss to the scoreline. Willis turned from scorer to provider, setting up Hart to stab home from close range for a fourth.
Then, the cheers had barely died down from that when Hart’s shot was parried by Tregarth. Substitute Healy was quickest to react and he slammed the rebound into the empty net.
That rounded off the scoring in a comfortable Hinckley win as Belford now turns his focus to next week’s away trip to high flying Walsall Wood.
Alvis: Jack Tregarth, Kevin Kindombi (James Keller 60), Callum Swain, Arron Cheshire, Mohamadou Mostapha Fall, Ryan Isherwood, Kieron Martin, Avun Jephcott (Luke Wilson 46), Luke Wilkins, Justin Bailleul, Aaron Cooke (Henry Toro 46). Subs not used: Putryk Swiercz, Ben Rinaldi
Hinckley: Ty Belford, James Williams, Mitchell Tomlinson, Dominic Perkins, Richard Munday, Richard Lavery (Luke Edwards 76), Isaac Cooper, Josh Willis, Kevin Thornton (Jake Healy 62), Steve Hart (Ryan Baldwin 70), Marcus Jackson. Subs not used: Kyle Minto, Chad Timson
Goals: Richard Lavery (2), Kevin Thornton (22), Josh Willis (51), Steve Hart (67), Jake Healy (69)