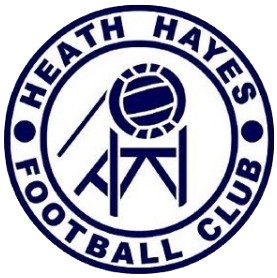 The battle of the league’s two top scoring sides fell Hinckley AFC’s way as they put four past Heath Hayes to win for the third straight game.
Steve Hart’s opener put Hinckley a goal up at the break, but Regan Smith’s fine solo goal pulled the hosts back level.
But the game wasn’t level for long, with Jake Healy restoring Hinckley’s lead before Luke Richards’ quickfire brace put the game beyond doubt.
It gave Dale Belford’s men their third consecutive win in all competitions and cemented their place as the league’s leading scorers, taking the tally to 54 in 16 games.
Belford made one change to the side that started the win over AFC Mansfield on Saturday, with Kevin Thornton starting in place of Marcus Jackson.
Given the sides’ records in front of goal this season, you may have expected both teams to race out of the blocks but the opening stages yielded little more than half chances.
That was until the deadlock was broken midway through the first half. Hart continued his fine start to life in a Hinckley shirt, netting his 15th league goal of the season when turned inside the box and fiercely volleyed home.
That way it remained until half time, but two minutes after the break parity was restored. Jack Weldon stabbed wide at the far post shortly before, but it wasn’t to matter when Smith, Heath Hayes’ top scorer this season, fired home a fine effort from 25 yards to level affairs.
But parity didn’t last, and the equaliser sparked Hinckley into action. Eight minutes later, Hinckley came forward on the counter and after good work from Isaac Cooper, Richards ran through the inside left channel and squared for Healy to net from six yards.
And from then on, there was no looking back, and two goals in two minutes midway through the half secured all three points. Richards netted both, firstly slamming home from close range after substitute Lamar Graham’s good work down the right saw him get to the byline and pull back for the striker to score.
A minute later, it was 4-1. From the re-start, Hinckley won the ball back and Healy sent Richards through on goal. He calmly rounded the advancing Mark Wiggins and slotted into the empty net for a fourth.
After that, Hinckley saw the game out comfortably and there was no danger of relinquishing the lead as they did in the reverse fixture between the sides last month.
Ty Belford in the Hinckley goal was rarely tested, and AFC moved up to fifth with the win.
Heath Hayes: Mark Wiggins, Adam Weldon (Ben Maddox 86), Dan Evans (Mitch Teece 61), Alex Scott, Chris Horton, Jack Arrowsmith, Connor Haddaway, Alex Lavery (James McGrady 61), Regan Smith, Andrew Davis, Jack Weldon. Sub not used: Luke Holmes
Goal: Regan Smith (48)
Hinckley: Ty Belford, Mitchell Tomlinson, Dominic Perkins, James Williams, Richard Lavery, Bekir Halil, Isaac Cooper, Kevin Thornton (Lamar Graham 46), Luke Richards (Ben Rad 92), Steve Hart, Jake Healy (Chad Timson 68). Subs not used: Marcus Jackson, Zack Stretton
Goals: Steve Hart (22), Jake Healy (55), Luke Richards (66, 67)