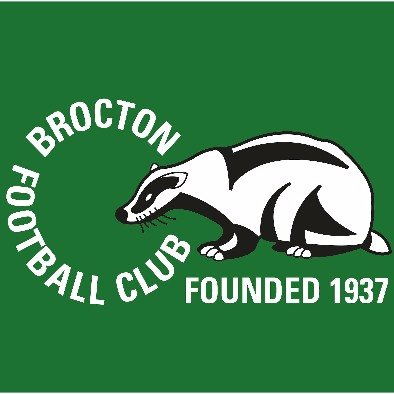 Late goals from Luke Richards and Kevin Thornton turned the game on its head as Hinckley AFC made it five wins on the bounce with a 2-1 victory at Brocton.
AFC were a goal down going into the final ten minutes, Jack Edwards’ deflected free kick giving the home side the lead early in the second half.
But Richards’ close range header levelled affairs, before Thornton’s fine solo goal completed Hinckley’s turnaround just minutes later and ensured Dale Belford’s men made it five from five in November.
Belford made one change to his side that beat Stafford Town last week. It came in midfield, where Josh Willis returned from injury to replace the suspended Bekir Halil.
It’s often said that good sides win when they don’t play well, and this was a prime example of Hinckley doing exactly that.
The sides exchanged early half chances, with Brocton’s Joe Hartshorne and Hinckley’s Isaac Cooper both calling their opposing ‘keepers into routine work, before Lee Osborne bent one wide for the hosts midway through the half.
The first 45 was by no means a classic though, and the sides went in level at the break.
Hinckley would have hoped to start the second half on top, but they were hit when the hosts took the lead just minutes after the re-start. The Badgers were awarded a free kick on the left hand corner of the box, which Edwards bent goalbound and a deflection ensured it crept inside the far post with no chance for Belford.
AFC were then indebted to Belford for a fine save to keep them in touching distance, and it was to prove vital as the game entered its closing stages.
Buoyed by their vocal travelling support, Hinckley never know when they’re beaten and the visitors equalised with 11 minutes to play. Neat interplay between Thornton and Hart set the latter free down the right. Hart’s lofted ball may have been going in anyway, but Richards made sure by nodding home from barely a yard out to level.
And two minutes later, Hinckley turned the game on its head. It was a fine solo goal by Thornton, whose clever feet gave him half a yard in the box before bending one into the bottom corner.
It was a touch of quality not really in keeping with the rest of the game, but it was enough to win it for Hinckley and ensure Belford’s side take five wins on the bounce into next week’s FA Vase game against Deeping Rangers.
Brocton: Adam Jenkins, Luke Wright, Ben Douglas, Harry Phillips, Adam Robinson, Shaan Stuart, Joel Powell, Ryan Burns, Lee Osborne, Jasper Johns, Joe Hartshorne. Substitutes: Paul McMahon, Jack Edwards, Kenny Devoir, Matt Baker
Goal: Jack Edwards (48)
Hinckley: Ty Belford, James Williams, Dominic Perkins, Mitchell Tomlinson (Kevin Thornton 67), Richard Lavery, Josh Willis, Isaac Cooper, Marcus Jackson, Luke Richards, Steve Hart (Asa Wright 87), Lamar Graham (Jack Sutherland 46). Subs not used: Richard Munday, Zack Stretton
Goals: Luke Richards (79), Kevin Thornton (81)
Attendance: 118