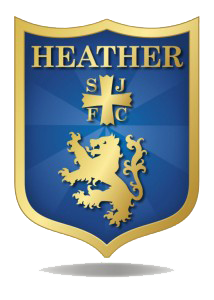 Entertainment was expected going into the game with both sides fluent going forward, and that’s how it proved with seven goals, a missed penalty and a red card in front of a bumper festive crowd of 265.

Steve Hart gave Hinckley the lead, but Heather came out firing after half time and scored three times in 18 minutes to look destined for all three points.

But Hart’s fine finish and an own goal brought Hinckley level, only for Cobourne to snatch the win for Heather in the last minute.

Manager Dale Belford made four changes to the side that drew with Lichfield City on Saturday, with injuries and unavailability hitting hard. Mitchell Tomlinson, Asa Wright, Jake Healy returned while Jamie Hall made his first start.

Both sides had chances in the opening minutes, but Harry Harris fired wide and Hart’s dipping 30-yarder was saved as Hinckley started the brighter.

Hart was denied by Ben Allsop again when the ‘keeper saved his first time effort from the left channel, before Heather’s first effort on goal came when Michael Bloore scuffed straight at Ty Belford.

Dale Belford was critical of his side’s performance at Lichfield on Saturday but the response in the first half was impressive. Hart went close again when he flicked Isaac Cooper’s free kick goalbound, but his header hit Dominic Perkins and rebounded out for a goal kick with the Hinckley captain unable to get out of the way.

Already on 21 goals in just 19 games, Hart was proving a threat again and nearly caught out Allsop with a fine 30-yard effort which the ‘keeper fumbled when retreating, but gathered before the ball crossed the line.

Hinckley’s number ten then flashed wide of the near post, but even with Heather on the back foot, Cobourne still posed a threat. He had his first sight of goal midway through the half when he was played in down the left but was denied by Belford’s legs.

With chances at both ends, it was only a matter of time before the deadlock was broken and the opener came in the 23rd minute. Cooper’s long throw was only half cleared, and Harris returned the ball first time into the box where Hart rose highest to head home.

Heather responded well to the goal with Benn Minshull shooting over from range, but they had a golden chance to level when Cobourne found himself in space with only Belford to beat, but he fluffed his effort and the ‘keeper comfortably saved.

But it was Hinckley who should have scored again before the break, and they would later regret not adding a second. That said, AFC weren’t always to blame. On the half hour, Luke Richards was sent through on goal and slotted home a second, only for referee Ian Croston to pull play back 20 yards for a foul on Hart as he played his strike partner through.

Hart then fired wide from Harris’ pinpoint first time pass, but the same player squandered an even better chance on the stroke of half time. Richards was held down in the box by Blaine Wakeman, but Hart’s penalty struck the post.

Given the open nature of the game, it was a surprise that the first half only yielded one goal but the second made up for it.

Heather came out firing after the break, but could have found themselves 2-0 down before they attacked, Allsop with a fine reaction save to deny Hart after Richards’ cross found his strike partner at the far post.

From the resulting corner, the visitors broke at pace. Hinckley felt Jamie Hall was fouled by Shane Benjamin but Croston waved play on and the ball ended up at the feet of Cobourne, who beat Tomlinson and neatly bent home the equaliser.

As Heather started to control the game, Cobourne hit the post from an almost indentical situation before they turned the game on its head on the hour thanks to Tom Weale’s 20 yard strike which snuk into the corner with Belford unsighted.

Simon Lyons’ side now had a head of steam, and they made it count where Hinckley didn’t in the first half. Midway through the second period, Cobourne latched onto a long ball and outpaced the Hinckley defence, running on to slot home a third.

The points were now in Heather’s grasp but such was the nature of the game, Hinckley came back into it almost immediately. Cooper’s throw into the right channel found Hart, who controlled on his thigh with back to goal and volleyed home with his next touch for a superb finish from a tight angle that brought Hinckley within a goal again.

Now it was Hinckley’s turn to dominate again. Three minutes later, Jake Healy’s corner was met by substitute Josh Willis, who powered a header goalbound which was cleared off the line. Cooper smashed against the post before Heather had fully cleared.

Cooper and Willis then combined again, the former’s superb wing play leading to a cross which the latter headed wide, before Heather were reduced to ten men with 15 minutes to play. Willis was caught by a high challenge from Matt Hill on Hinckley’s left, and Hill was duly sent for an early shower.

AFC struggled against ten men on Saturday, but continued to dominate with a numerical advantage this time.

They forced Allsop into a series of fine late saves as they pushed for an equaliser, the ‘keeper first denying Hart’s snapshot before saving well from Dominic Perkins.

Cobourne, though, should have put the game to bed with five minutes left. With all the space he could have wished for, he found himself behind the Hinckley defence with only Belford to beat. He tried to round the ‘keeper, who did well to parry away at his feet. Jake Healy stopped the rebound with a fabulous flying block, and the third effort hit the bar before James Williams hoofed clear.

And that looked to have cost his side when Hinckley equalised on 87 minutes, Richards’ left wing cross deflected into his own net by Fraser Doyle.

Hinckley’s players rushed to fetch the ball sensing a winner, their fans urging them on with the same thought.

It seemed destined that either Hart or Cobourne would have the final say for their respective sides, and Cobourne took it upon himself to write the final sequence of the thrilling second act.

He took full advantage of a fortuitous bounce off Tomlinson to drive to the edge of the box and fire a left footed effort into the top corner to spark jubilant scenes from the away dugout.

After that, Lamar Graham fired off target and Hart’s free kick flew harmlessly over in Hinckley’s only chances for an equaliser, and Heather held on for their seventh straight win that brings to an end Hinckley’s eight match unbeaten run.