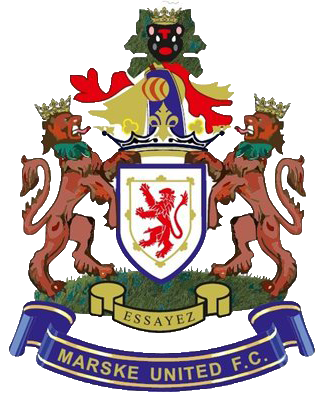 Hinckley AFC’s Buildbase FA Vase run was ended as competition favourites Marske United advanced to the fifth round with a comfortable 5-0 win.
Hinckley knew the task that faced them from the moment the draw was made, but couldn’t cause a third straight Vase upset with the Northern League high flyers a class above throughout.
The visitors endured a difficult afternoon from as early as the second minute when Adam Wheatley gave Marske the lead, but the tie was killed off with three goals in five minutes just before the break.
And Marske cruised through the second period with ease, adding a fifth goal through Michael Roberts as they moved the ball around at will.
With three players cup-tied and more unavailable, Hinckley were down on numbers for their trip to the north-east. Carl O’Neill made a debut in goal, while Richard Munday and Jake Healy returned after injury.
Hinckley were comprehensive winners at this stage last year when they put five past Berkhamsted, but they were on the receiving end this time around and were on the back foot from the start.
Marske used the slick surface at Billingham Town’s Bedford Terrace ground to their advantage, and parity in the re-arranged fourth round tie lasted for just 94 seconds. Hinckley failed to fully clear a long throw, and the recycled ball fell to Wheatley on the edge of the box, who was allowed too much space to turn and side foot home.
Marske continued to have the better of the play, but after the goal Hinckley defended well on the whole and restricted Marske to efforts from range. O’Neill tipped over Craig Gott’s well-struck free kick, before Hinckley broke forward for a rare attack and Luke Richards sliced comfortably off target.
As Marske retained the ascendancy, Roberts was denied by O’Neill at the near post and Danny Earl squandered two half chances, first dragging wide on the angle before being denied by Munday’s flying block.
By this point, Hinckley had already been forced into a substitution with Bekir Halil forced off through injury. That did little to help them gain a foothold, and O’Neill had to be alert to hold Gott’s low 20-yarder at his near post.
Roberts and Curtis Round then curled efforts off target from outside the box, as Hinckley made it through to the half hour without further damage.
Indeed, it was they who threatened next and came agonisingly close to an equaliser on 35 minutes. In their closest effort of the game, Isaac Cooper’s free kick was nodded goalbound by Munday, whose effort was cleared off the line.
If they could get through to half time just one goal down, Hinckley would take positives from the half – but the next ten minutes killed the tie.
In truth, any hope Hinckley had was slashed on 37 minutes. O’Neill made a smart save when one-on-one, but the rebound fell to Roberts on the edge of the box. He was brought down by Munday inside the box, the ball spilled to Earl who tapped into an empty net for 2-0.
But referee Craig Dean had other ideas, blowing for a penalty before the ball crossed the line. Munday was then sent off, the referee somehow judging that the defender hadn’t made a genuine attempt to play the ball in bringing the forward down.
With both sides feeling hard done by by the match official, it was left to Gott to convert the penalty, which nestled in the corner despite O’Neill getting a strong hand to the ball.
Now down to ten men, Hinckley were really up against it and Marske were clinical in putting the tie to bed. Just two minutes later, Leon Carling rose highest at the far post to nod home a corner and make it three.
And the home fans’ cheers had barely died down when Marske added a fourth, a pull back finding Chay Liddle who stroked home a wonderful finish from the edge of the box.
Gott then curled over a free kick on the stroke of half time as the visitors went into the break shellshocked by Marske’s late onslaught.
In truth, the second half wasn’t much of a spectacle. Marske kept the ball at will, moving it superbly on the impressive pitch at Billingham leaving Hinckley chasing shadows.
The fifth goal came eight minutes into the half. Richard Lavery pulled up with an injury, and Marske took advantage as Earl got in behind and squared for Roberts to slot home from close range.
It was Lavery’s last action of the game as he was replaced by Chad Timson, and such was Hinckley’s re-shuffle that striker Richards ended the game playing at centre half.
The final half hour was an exhibition in keeping possession from the home side, but they still created the odd chance with Earl heading over from close range and Carling crashing an effort off the bar from 30 yards.
As a demoralised Hinckley tried to net a consolation, Steve Hart had the ball in the net but was ruled out for offside, and Healy flashed wide.
But the damage was done at the end of the first half, and AFC were powerless to stop Marske reaching the last 16 on their quest for Wembley.
Marske: Robert Dean, Josh Rowbotham, Liam O’Sullivan (Matt Bell 77), Glen Butterworth, Leon Carling, Adam Wheatley, Chay Liddle, Craig Gott (Gary Wood 70), Danny Earl, Michael Roberts (Peter Bulmer 62), Curtis Round. Subs not used: Lee Brockbank, Ian Clark
Goals: Adam Wheatley (2), Craig Gott (37 pen), Leon Carling (39), Chay Liddle (41), Michael Roberts (53)
Hinckley: Carl O’Neill, Mitchell Tomlinson, Dominic Perkins, Richard Lavery (Chad Timson 54), James Williams, Richard Munday, Jake Healy, Bekir Halil (Lamar Graham 14), Luke Richards, Steve Hart, Isaac Cooper. Sub not used: Marley Hamilton
Attendance: 252