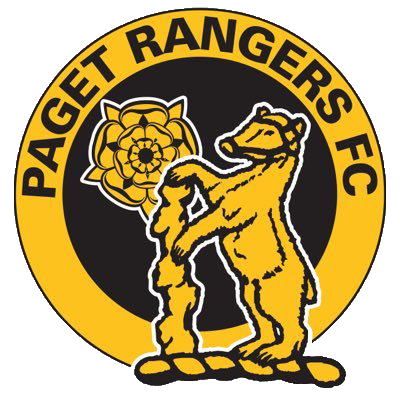 A lethal display of finishing saw Steve Hart score five times as Hinckley AFC recorded their first win of 2018 with a comprehensive 6-2 victory at Paget Rangers.
Having not played a league game for five weeks, and with three debutants in a much-changed starting line-up, AFC settled back into their game superbly and were 2-0 up after 12 minutes.
Despite conceding twice after the break, AFC were always comfortable thanks to Hart’s scoring prowess, Luke Richards making up the half dozen.
Richard Lavery made six changes to the side beaten at Marske United in the last game two and a half weeks ago, including debuts for Abdul Muhammad, James Jepson and Josh Burniston, while Marcus Jackson made his 50th appearance for the club.
And any worries that Hinckley would take time to settle back into football were banished with just a minute on the clock. Hart set the tone for the night, cutting in from the right flank and bending a stunning effort into the top corner from the right hand edge of the box.
It was a goal worthy of levels far higher than step six but Hinckley, clearly buoyed by their opener, set out for more.
Less than quarter of an hour was on the clock when AFC doubled their lead. Josh Willis found Jack Sutherland on the wing as Hinckley broke, with Sutherland’s neat ball in behind the defence finding Richards who took a touch before bending a neat finish inside the far post.
As Hinckley looked to put themselves in cruise control, Richards scuffed an effort from Isaac Cooper’s long throw which Rioual Kousseba-Bakala cleared only as far as Hart, who lashed a right-footed volley wide.
Cooper and Richards combined again not long after, the former’s free kick nodded wide by Hinckley’s captain as AFC dominated the first half play.
But the home side started the brighter after the break, and called Carl O’Neill into real action for the first time two minutes after half time. Luke Bradley’s cross fell to Ross Dempster, who drilled straight at the ‘keeper.
But any hope Paget had of clawing themselves back into the game were dashed immediately. O’Neill’s long kick was flicked on by Richards, and Hart raced on to drill home his second and Hinckley’s third.
Richards then scuffed wide of the near post as Hinckley sought a fourth, but it was Paget who netted next. Matthias Blake’s cross was a good one, between defence and goalkeeper, and Dempster capitalised by stooping to head home from close range.
If that gave the Bears hope, it wasn’t to last. Just a minute later, Hart bagged the matchball when Cooper’s long throw was poorly dealt with, and the striker held off his man to guide home and quickly restore Hinckley’s three-goal advantage.
Paget continued to battle, and came close again when Dempster headed over from Bobby Moseley’s cross, but Hinckley always looked like scoring and did so again with 12 minutes left.
Jepson found substitute Kai Tonge, whose low ball in found Richards, the striker brought down by the sliding Bakala six yards out. Hart stepped up and coolly chipped the resulting spot kick down the middle to add Hinckley’s fifth.
The home side sought another consolation, and Moseley came close when he drilled wide from Bradley’s cross, and the goal came with four minutes left when substitute Jack Gibson did well to hold off his man and fire home on the turn.
But it seemed apt that Hinckley, and Hart, had the final word in stoppage time. From Richards’ through ball, the striker beat the offside trap and, despite being denied by Josh Benton in the home goal, he fired home the rebound to ensure he equalled Ryan Seal and Sam Agar’s record of scoring five times in one game for Hinckley AFC.
Lavery’s men face another away trip on Saturday, with Pershore Town the destination for a 3pm kick off.
Paget: Josh Benton, Billy Fagg, Luke Bradley, Dean Morris, Rioual Kousseba-Bakala, Craig Evans, Matthias Blake, Mark Williams, Ross Dempster, Dan Carter, Bobby Moseley. Substitutes: Daniel Cullen, Jack Gibson, Craig Gasiewski, Dean Crowley, Lemaar Rhule
Goals: Ross Dempster (56), Jack Gibson (82)
Hinckley: Carl O’Neill, Abdul Muhammad (Mitchell Tomlinson 65), Isaac Cooper, James Jepson, James Williams, Josh Willis, Marcus Jackson (Kai Tonge 35), Josh Burniston, Luke Richards, Steve Hart, Jack Sutherland (Nick Goold 63). Substitutes: Mitchell Tomlinson, Marley Hamilton, Richard Lavery
Goals: Steve Hart (1, 48, 58, 78 pen, 90), Luke Richards (12)
Attendance: 135