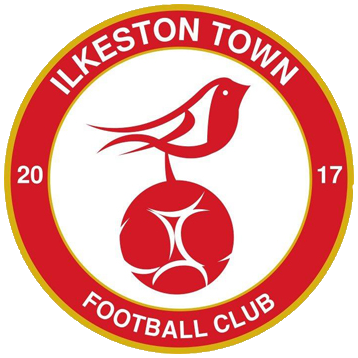 Steve Hart scored four times in a stunning second half turnaround as Hinckley AFC came from 2-0 down to beat Ilkeston Town 4-2.
On a bright but chilly afternoon at St John’s Park, Hinckley inflicted just Ilkeston’s second defeat in 17 games with a rampant second half display.
In a perfect example of the proverbial game of two halves, not many saw that result coming when Tim Hopkinson’s first half brace gave Ilkeston a two goal cushion at half time.
But Hinckley came flying out of the blocks after the break, and Hart scored each of AFC’s four goals as Richard Lavery’s men returned to winning ways in thrilling fashion.
Lavery made two changes to the side that drew with Studley last week, bringing himself back into the starting line-up alongside Mitchell Tomlinson, while Abdul Muhammad and Jonathan Bukasa dropped to the bench.
Hinckley were slow to get going though, and didn’t keep the ball well enough during the opening 45 minutes. Ilkeston consequently had the lions’ share of the ball, even though Carl O’Neill was rarely called upon early on – the AFC ‘keeper holding Hopkinson’s cross-shot in his only action of the first 15 minutes.
In Hinckley’s first shot on goal, Luke Richards scuffed his 20-yarder with goalmouth action few and far between early on.
But the sides would have a golden chance apiece around the midway point of the half, and while Hinckley missed theirs, Ilkeston didn’t make the same mistake.
Hinckley’s came first, a surging run down the left and pinpoint cross from Josh Burniston finding Richards in space six yards out, the striker volleying over the bar with Ian Deakin untroubled.
That miss would cost Hinckley just two minutes later when Tom Marshall’s fizzed cross from the right found Hopkinson at the far post. The striker’s initial header was superbly saved at point blank range by O’Neill, but the rebound fell back to the forward who prodded his side into the lead from close range.
Hopkinson, Ilkeston’s biggest threat on the day, went close again three minutes later when his header looped onto the roof of the net as the Robins took control of the midfield battle.
And with Hinckley struggling to string enough passes together to pose a threat, the visitors doubled their lead eight minutes before the break. Marshall was the provider again, albeit inadvertently this time. His free kick was blocked by the wall and fell to Hopkinson, who looked to be offside. The flag stayed down though, and he stabbed home in acres of space to make AFC’s task twice as difficult.
It may have been a fortuitous second, but the lead was no more than Ilkeston deserved heading into half time.
But after a flat first half, Lavery and Tom Cherry would have had words at half time – and they did just the trick. Hinckley came flying out of the blocks after the break, and asserted their dominance from the re-start.
Just over a minute of the second half had been played when Hinckley halved their deficit. Richards’ shot was deflected into the path of Hart, who beat the sliding challenge of Chris Shaw and coolly slotted beyond Deakin.
The early goal was to prove crucial as Hinckley sought their way back into the game, and paved the way for what was to follow.
Just four minutes later, the scores were level. Ilkeston had penalty shouts turned down when they felt Marshall was fouled, and Hinckley broke. Hart was threaded through down the right channel, and cut back onto his left before sliding home the equaliser from 15 yards.
With Ilkeston shellshocked by Hinckley’s fast-paced start to the second half, it was now they who were on the back foot – even though O’Neill had to be alert to deny Hopkinson.
And while the Robins still had more of the ball, Hinckley defended well and it was they who always looked the more likely to score.
The comeback was completed with 20 minutes to play. Josh Willis capitalised on slack defending to pick the ball up on the right and feed Hart, whose shot forced a fine save from Deakin. The rebound fell straight back to the striker though, who lifted it high beyond the floored ‘keeper to put Hinckley ahead for the first time.
Ilkeston had an immediate opportunity to reply through Shaw’s free kick, but O’Neill did well to deny his well-struck effort from the corner of the box.
But AFC continued to attack, and Hart nearly had a fourth three minutes later when he cut inside and fired a fierce effort goalbound. Deakin got into an awkward position but did just enough to palm the ball onto the crossbar and keep his side in touching distance.
O’Neill wasn’t forced into any more work as Hinckley defended resolutely, and for all their neat play into wide areas their crossing was inaccurate and many wide deliveries went out for goal kicks.
That allowed Hart, and Hinckley, to secure the win in the final minute of normal time. Kai Tonge got to the byline, and Deakin could only parry his cross as far as Hart, who slammed home his fourth of the afternoon to seal destination of the points.
It was fitting that Hart had the final say on an afternoon that saw jubilant scenes from Hinckley’s fans and players alike at full time.
Hinckley: Carl O’Neill, James Williams, Mitchell Tomlinson, James Jepson, Richard Munday, Richard Lavery, Kai Tonge, Josh Burniston (Marcus Jackson 77), Luke Richards (Jonathan Bukasa 67), Steve Hart, Josh Willis. Subs not used: Abdul Muhammad, Marley Hamilton
Goals: Steve Hart (47, 51, 70, 90)
Ilkeston: Ian Deakin, Ben Fairclough (Lavell White 81), Jamie Walker, Chris Shaw, Charlie Jemson, Tom Marshall, Micah Edwards (Ben Morris 79), Jordan Wheatley, Tim Hopkinson, Montel Gibson, Billy Bennett. Subs not used: Martin Lench, Elliot Hodgett-Young, Craig Swinscoe
Goals: Tim Hopkinson (25, 37)
Attendance: 265