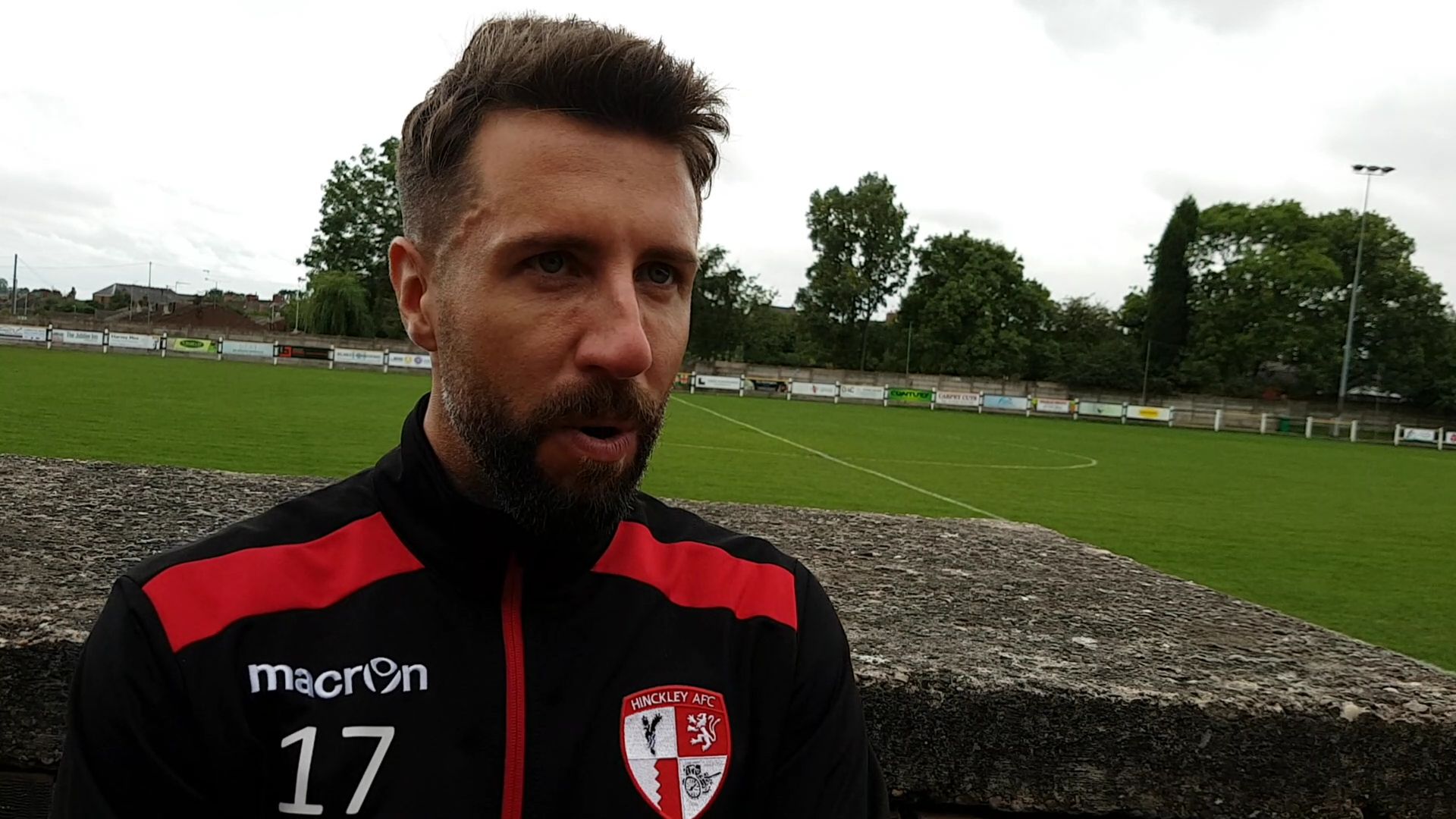 Manager James Jepson was pleased with how his Hinckley AFC side dug deep in yesterday’s 1-0 win at Studley.

AFC had to battle hard for their second win in a row, in a tightly-contested game at Studley in which Jean Dakouri netted the only goal 15 minutes from time.

And Jepson was proud of the way his side battled, especially after half time. He said: “We played slightly better than Saturday but we had to dig deep.

“I couldn’t see them scoring. We limited them to half chances and our back four were immense, along with our 17-year-old in goal who’s coming for things and commanding his box.”

Having named an unchanged starting line up for three matches in a row, Jepson is now starting to see the consistency in personnel which he called for last month.

The former Rugby Town boss is pleased with how his squad are now starting to gel together.

“We’ve got people busting a gut to get back and put their bodies on the line in stoppage time. The team spirit’s really good.

“After the Lichfield game, we freshened things up and a few players left. We told a few home truths after that but the lads have all bought into what we’re doing.

“Since then we’ve gone four games unbeaten and, while we haven’t got four wins which we arguably should have, we’ll take what we’ve got and move on.”

In particular, Jepson was impressed with how his side responded to losing Jordan Wilson at half time.

With six goals in seven games previously, the former Loughborough Dynamo man is arguably Hinckley’s biggest attacking threat but Jepson was delighted with the way his side adapted.

“We had to lose Jordan at half time after he took a knock to the head. We didn’t want to bring him off but we had to, and you can’t be too careful with head injuries. But we were positive in our mindset that we wouldn’t lose the game.

“Four or five weeks ago we might not have reacted the same way, but we dug deep and knew we’d have to be patient and wait for our chance to come. It fell for the Ox and he capped off a fantastic all-round performance. It was what we deserved.”

He also gave an update on the striker’s condition, and said he is hopeful of having Wilson available for Saturday.

“He messaged the group at 5 o’clock this morning saying he was home. He’s been told to rest. It’s not concussion or anything like that but we’ll have to monitor him.

“We’ve got to be careful with a knock to the head so we’ll see how he pulls through.

“Even though we won last night, we missed him in the second half but Louis went up front instead and did really well. We’ve got a small squad but a flexible one in terms of players being able to play in different positions.

“He’s been really important for us, even more so since Grant Ryan left. He was a big miss for us last night but we adapted well.”