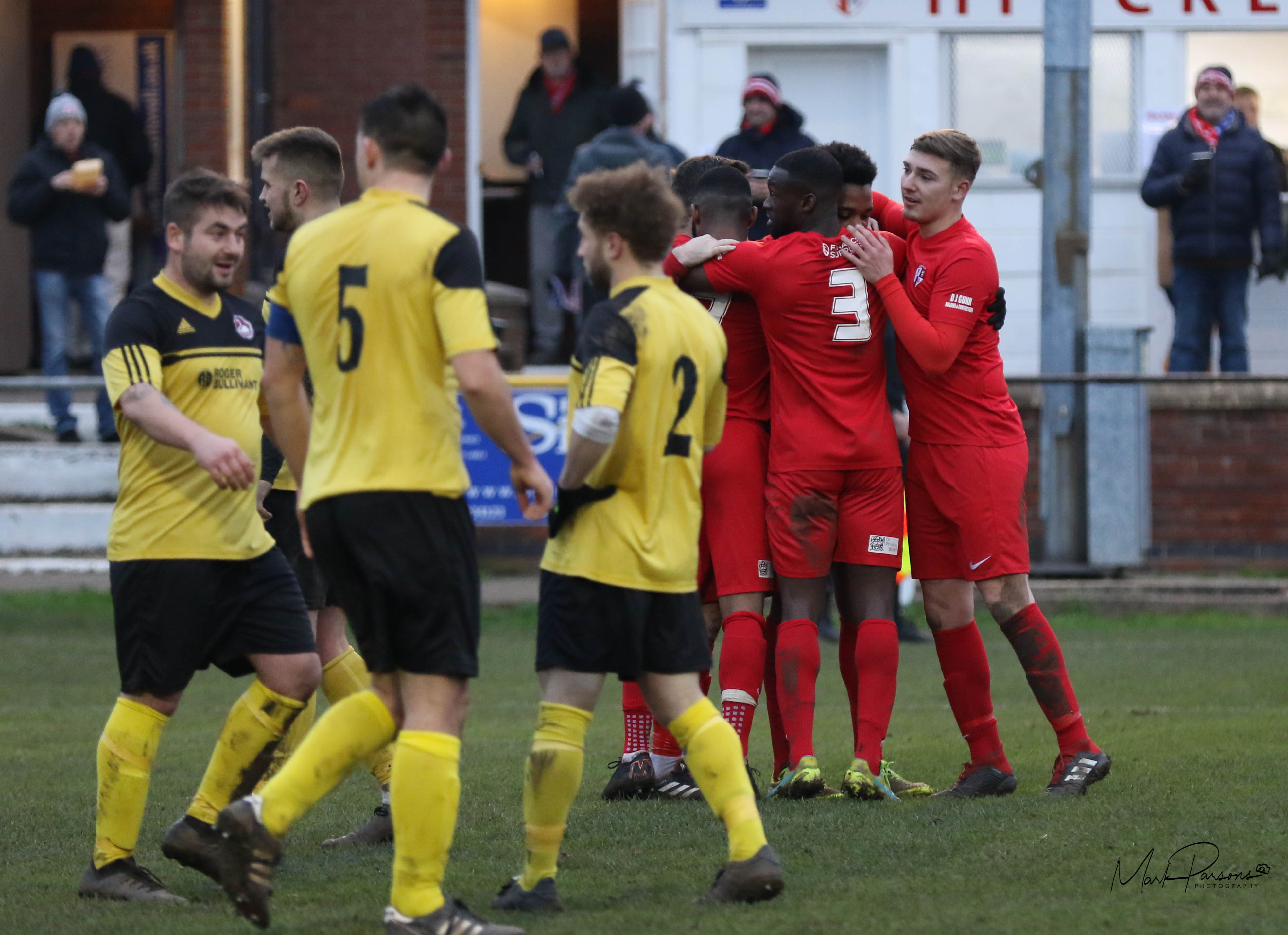 Hinckley AFC got 2019 off to a winning start as a goal in each half saw off Stapenhill at the Welfare Ground.

After a tough end to the last calendar year, John Ramshaw went into the game still seeking his first win as Hinckley manager.

And he got it with a hard fought display in which Alando Lewis and David Jones scored either side of half time to give Hinckley the perfect start to the new year.

Ramshaw made two changes to the side beaten by Heather St John’s on Boxing Day, as influential midfielder Sam Belcher returned and new signing Yinka Adebowale made a debut in goal.

And AFC started brightly in their quest for points, having the better of the early play as visiting keeper Tom Cox had to push away Belcher’s cross from the feet of Ryan Murphy.

They then came within inches of breaking the deadlock when Louis Hamilton’s free kick was knocked back across the face of goal by Lewis for Tyrone Burton’s strike to be saved on the line.

Then, Cox denied Hamilton with his legs and Belcher fizzed a shot just over as Hinckley sought to make their early control count.

But they couldn’t do that and Stapenhill grew gradually into the game. Adebowale was called into his first action in a Hinckley shirt to deny Jamie Disney after a free kick found its way to the far post.

He then had to deny George Teeney low down as the visitors broke at pace through Lewis Campbell down their left.

As half time loomed, chances started to flow more at both ends and seven minutes before the break, Jason Lee’s cross/shot clipped the top of the crossbar with Cox beaten.

The visitors then hit the woodwork themselves through Teeney’s angled drive, and that proved crucial when Hinckley broke the deadlock a minute later.

A defender hesitated in clearing Belcher’s cross from the right, and Lewis stabbed home his first Hinckley goal from close range to send his side into the break ahead

In truth, it was probably a fair scoreline on reflection of a half that Hinckley shaded, but Stapenhill had come close to breaking the deadlock – and they came even closer to netting three minutes after half time when Disney’s shot on the turn struck the inside of the post and Hinckley were relieved to see the ball stay out.

Nearly stung by a leveller, Hinckley didn’t let their visitors get that close again and it was Ramshaw’s side who looked the more likely afterwards.

Lewis drilled a ball across the face of goal where nobody got the decisive touch, before the second goal made Hinckley more comfortable midway through the half when Jones bundled home Lewis’ left wing cross.

That calmed the game down, and real chances were few and far between after that – Hinckley coming closest to a third when Belcher’s 20 yard free kick was saved.

But for a transitioning Hinckley side, while they weren’t fluent at times, three points and a clean sheet represents a positive start to 2019.