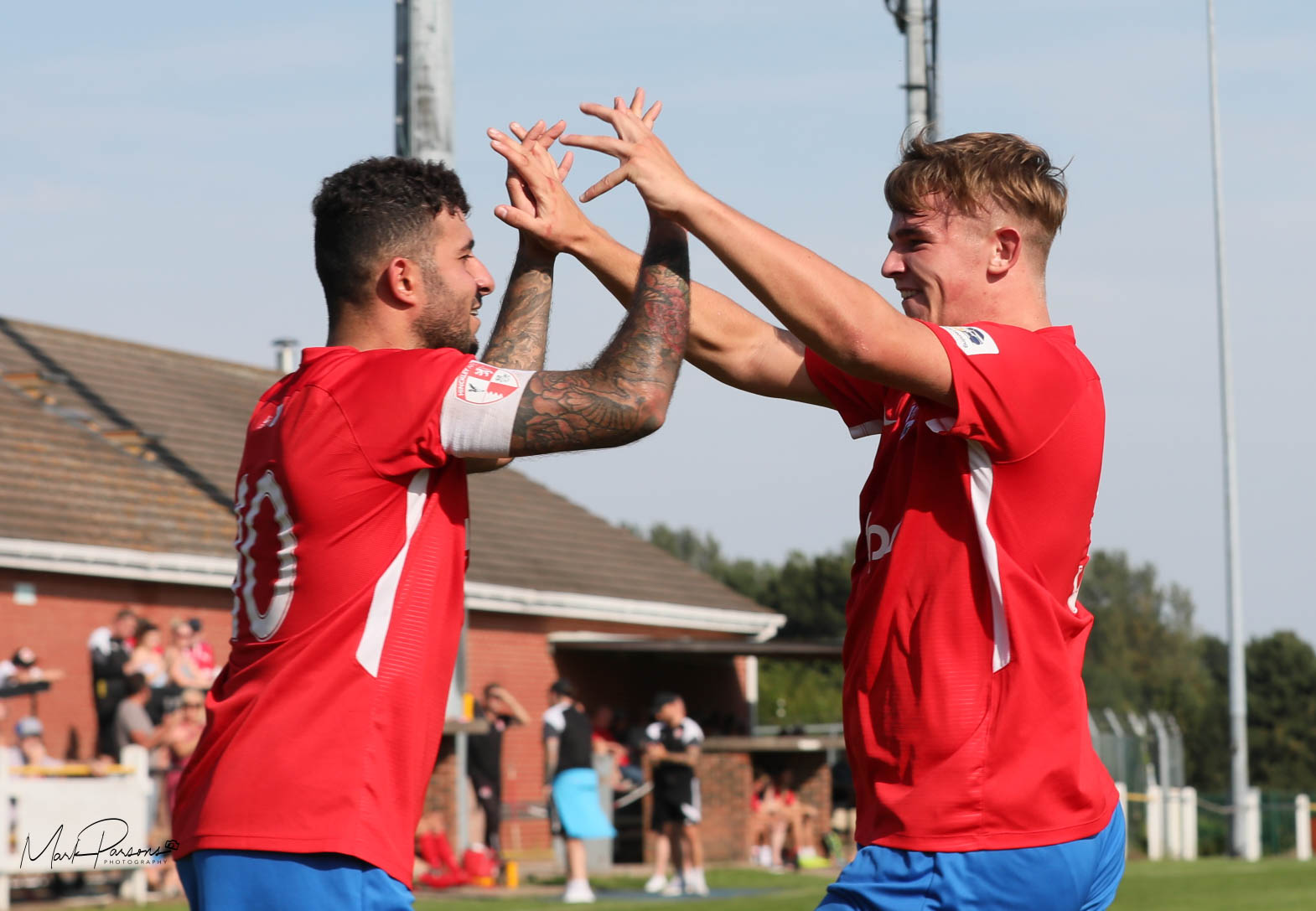 Hinckley AFC recorded a third win and third clean sheet in a week with a 3-0 win over Ashby Ivanhoe at the Welfare Ground.

AFC kept up their perfect home record this season with a comfortable win over Ashby, set on their way by Bekir Halil’s third of the season early on.

Jake Brown netted his first for the club just before half time to make it more comfortable, before Ky Green’s third in four games rounded off the win late on.

Courtney Belford made two changes to his Hinckley side that beat Chelmsley on Monday, as Halil and Lewis Commins replaced Luke Delaney and Jake Healy.

And, after Dimitri Dunkley’s run from halfway led to a cross that just evaded the onrushing Brown, one of Belford’s changes reaped the rewards nine minutes in. Luke Richards’ hold up play set up Halil to bend one home from the edge of the box as the captain notched his third of the season.

Hinckley continued to have the better of the early play, and Commins nearly made sure both returnees found the net, but he was denied by visiting ‘keeper Tommy Dyche at the foot of his near post.

Then, Green nodded over an inviting cross by George Brindley before Richards flashed one across the face of goal as Hinckley sought a second before the break.

And they got it on the stroke of half time. Ty Belford’s long free kick wasn’t held by Dyche, and the loose ball fell for Brown to slide home his first for the club on the angle to double his side’s lead after a dominant first half.

The second continued in a similar vain, and after Commins’ good work teed up Halil to shoot wide, Hinckley had a golden chance for a third. Commins was the creator again as he got in behind and was brought down in the box by Jack Dunkley. Dimitri Dunkley, though, saw his spot kick saved by Dyche who kept his side in with a shout.

That sparked Ashby’s best chance, and they came close when Sam Hankin had a 20-yard free kick tipped over by Belford.

But that was as close as they came to breaching Hinckley’s back line, and after substitute Michael Wright flashed one across the face following Dunkley’s through ball, the hosts wrapped the game up.

With ten minutes to play, they netted a third as Green powered home Halil’s corner for the centre back’s third goal in four games.

After that, their defence was never troubled as they made it a hat-trick of wins and clean sheets ahead of Monday’s visit of Stapenhill.