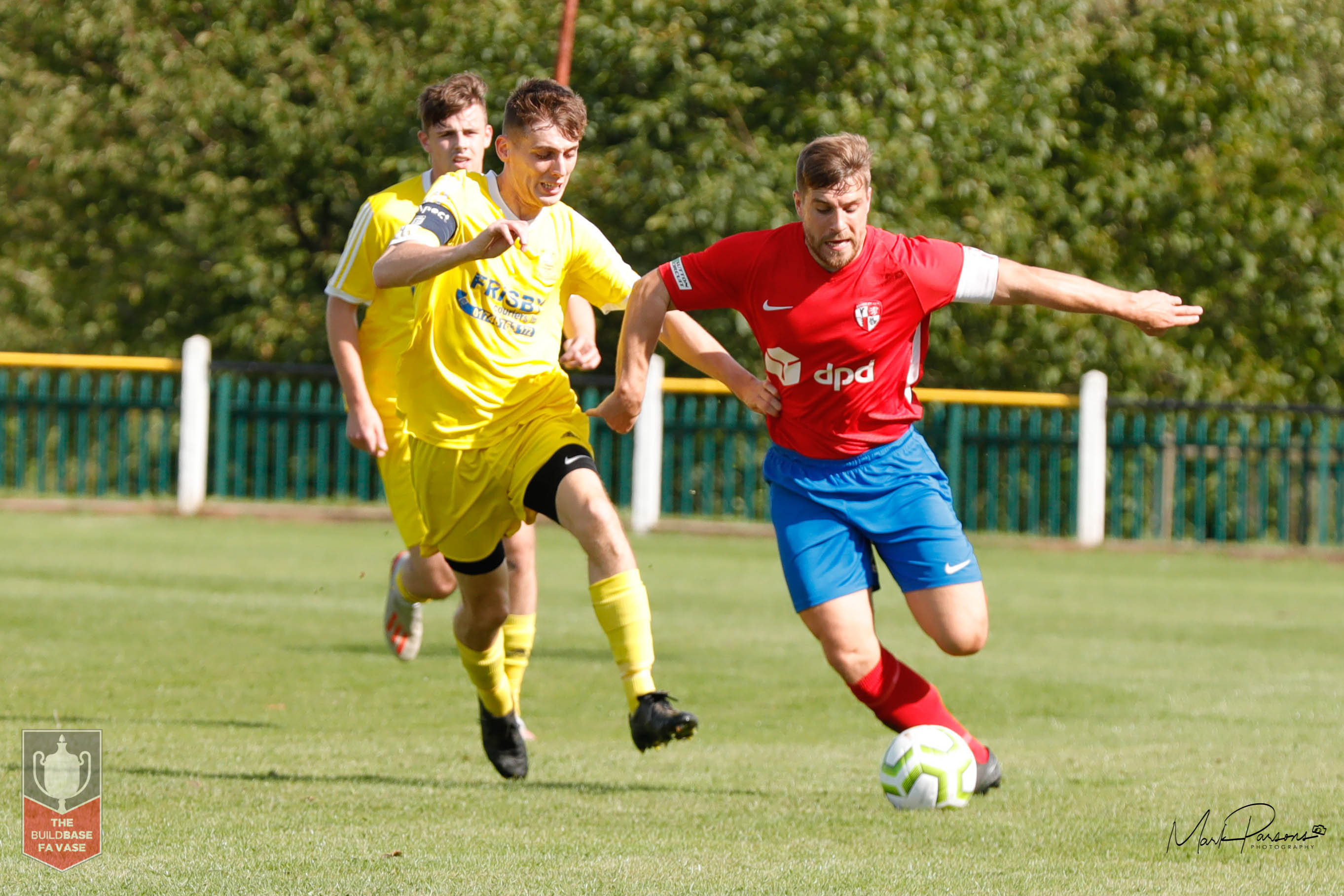 Hinckley AFC reached the second qualifying round of the Buildbase FA Vase with a hard-fought 2-1 win over Ellesmere Rangers at the Welfare Ground.

AFC will now meet league rivals Rocester in a fortnight after Lewis Commins and Ryan Ball scored either side of half time to earn their side victory.

They had to come from behind, though, after William Wells gave Ellesmere a first half lead.

Courtney Belford made three changes to the Hinckley side beaten by Stapenhill on Monday, as Ball, Dimitri Dunkley and Luke Delaney all came in.

They started the brighter, and had more of the possession and chances against their visitors from Shropshire, who remained resolute in defence despite that.

Two of the returnees to the side came close to setting up openers, Ash Gray heading Delaney’s cross wide before Dunkley rounded ‘keeper Leon Reece but pulled back to the edge of the six yard box where no red shirt could convert.

But while Reece was beaten on that occasion, there were plenty when he wasn’t to be beaten and he was on fine form to prevent Hinckley breaking the deadlock.

Dunkley’s clever trickery set up Brown to unleash a fierce drive which Reece beat away, before Dunkley turned shooter from Gray’s through ball but was again denied by the goalkeeper standing firm.

But, just as Hinckley were starting to assert a real dominance, Reece’s heroics proved crucial as the visitors hit Hinckley on the counter.

Against the run of play, Wells’ run took him beyond the defence, and though Ty Belford saved his initial effort, he couldn’t do anything about the rebound as Wells slotted his side ahead.

But Hinckey hit back eight minutes later. It was a fine solo effort from Commins, who beat his man on the edge of the area before angling a shot into the far corner.

With parity now restored, Hinckley sought to turn the game on its head but in their best chance before half time, Luke Richards’ shot on the turn was well saved.

It was a similar pattern of play after half time, and it only took Hinckley two minutes to net their second as Ball’s 20-yard free kick took a wicked deflection off the wall and wrong-footed Reece.

As the visiting ‘keeper continued to keep his side in with a shout, he produced a fine stop to deny Richards from adding a third.

As the game edged closer to a conclusion, Ellesmere had more of the play but Hinckley were largely comfortable and Belford wasn’t really tested.

But they thought they had a chance in stoppage time. It came from a Hinckley set piece, as Reece palmed away substitute Bekir Halil’s free kick, and Ky Green’s header from the resulting corner was ruled out for a foul.

The visitors broke straight away, and thought they had a penalty but were disheartened to see the assistant flagging for offside.

That ensured Hinckley’s progression and they face another home tie against Rocester in a fortnight.