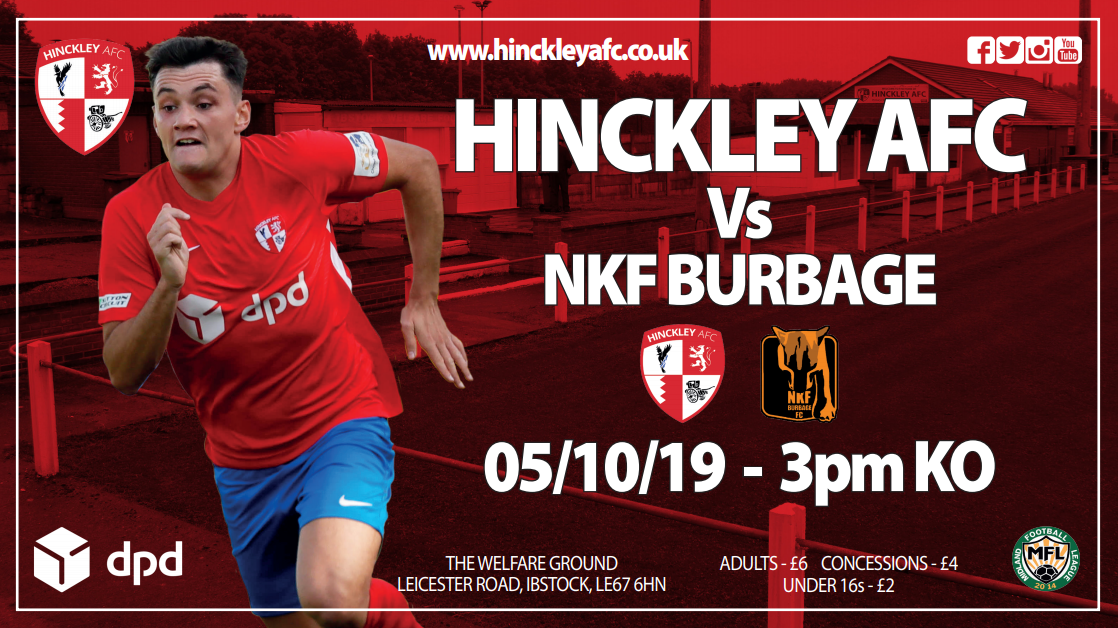 After a solid start to the campaign, and following an impressive debut season at this level last term, Burbage have struggled in recent weeks with four straight defeats and a change of manager.

But they have still picked up some excellent results, including their last win a 2-0 victory at high flying Uttoxeter Town.

And Belford knows his side will be in for a tough afternoon and won’t be taking the visitors lightly despite their recent struggles.

He said: “Burbage haven’t had to easiest time of it over the last couple of weeks with a change of manager, but they’re a very hardworking side and every time they’ve come up against one of the top sides over the last two seasons they’ve always been strong and looked good.

“It’ll be a tough game, a lot of lads know each other, so we’ve got that to factor in as well.

“And this league’s just mad – we’ve seen everyone take points off everyone, and every time we’ve dropped points other sides around us have too.

“We’ve just got to keep looking after ourselves and we’ll try and stay on that even keel.”

AFC, meanwhile, will be looking to continue their good home form which has seen them win all bar one league game at the Welfare Ground so far – a key part of the start that sees them lie fifth.

Belford is hoping to have recent signing from Burbage, Tom Smith, back in his side for the visit of his former club with Jake Brown another player to join from the men in orange this term.

And with a number of player connections between the sides, it promises to be an entertaining afternoon with local pride and much more at stake.