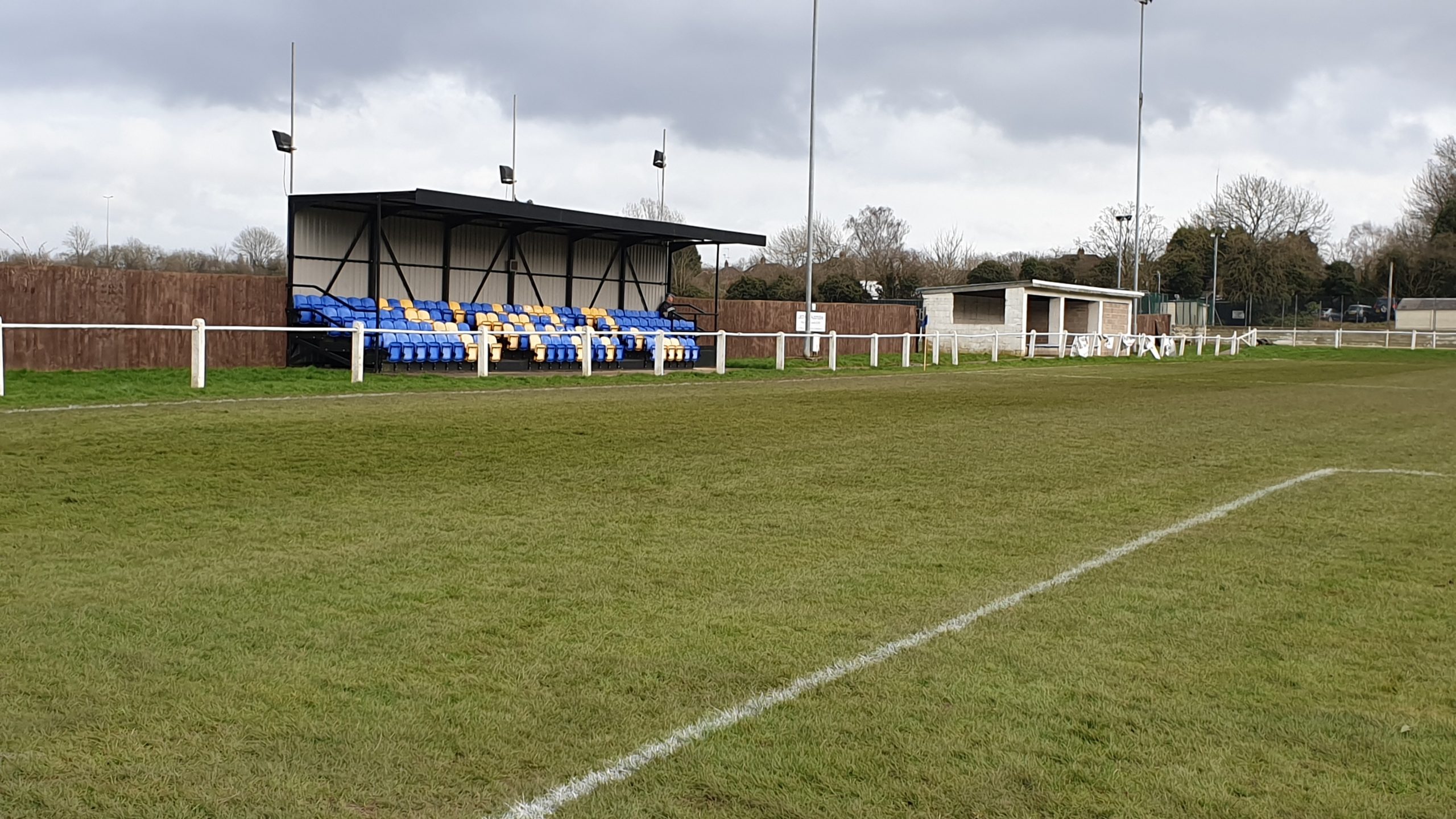 With just a place and a point separating Kirby Muxloe and Hinckley AFC, it was little surprise that the two sides cancelled each other out in a 0-0 draw at Ratby Lane.

AFC’s first game in a month was by no means a classic, with clear cut chances few and far between on a heavy pitch that made things difficult for players throughout.

Courtney Belford’s side edged the second half after an even first, but neither side could complain at not finding the net in Hinckley’s first goalless draw of the season.

With number one Elliott Taylor out with illness, Zack Stretton deputised in goal as he made his league debut, as did Fortune Maphosa in midfield.

The home side started the brighter, and came closest ten minutes in when Bakary Mass’ fierce 25-yarder struck the bar.

But that was as close as either side came in a game not short on endeavour, but lacking in quality courtesy of the pitch.

Set pieces were likely to provide the best chances, and Ben Kendrick nearly took advantage of that when his shot from a deep Danny Harris free kick was blocked.

Then, Mitch Thomson forced a smart save from Bradley Jones and Luke Richards’ follow up was blocked on the line as Hinckley sought the opener.

But in truth, a first half goal didn’t look likely. Stretton’s only save of the half was to comfortably hold from Andre Williams, who also sliced wide from inside the box on the stroke of half time.

In between times, Richards threatened again for Hinckley but he also blazed off target after cutting in from the left.

Belford introduced Mark Williams and Lewis Commins at half time in the hope of a spark, and the pacy Commins almost had the desired impact.

Five minutes after coming on, he latched onto Richards’ fine defence-splitting pass and raced through on goal, but couldn’t get the bobbling ball under control as it rolled through to the grateful Jones.

He then turned provider for Maphosa, who steered wide, while Richards’ driving run also ended with a shot off target.

At the other end, Suleiman Nassor fired wide after a scrap on the edge of the box – but AFC protected Stretton well in a backline led well by the returning Niall Rowe.

By now Hinckley had the better of the game even though they couldn’t force Jones into anything too strenuous until the final ten minutes when he beat away from Ryan Ball.

Commins threatened twice more without truly going close, before Rowe came closest of all late on but was inches away with a 25-yard free kick that had Jones beaten.

All in all, a point was a fair reflection on the game as Hinckley settle back into action after an enforced month-long break.