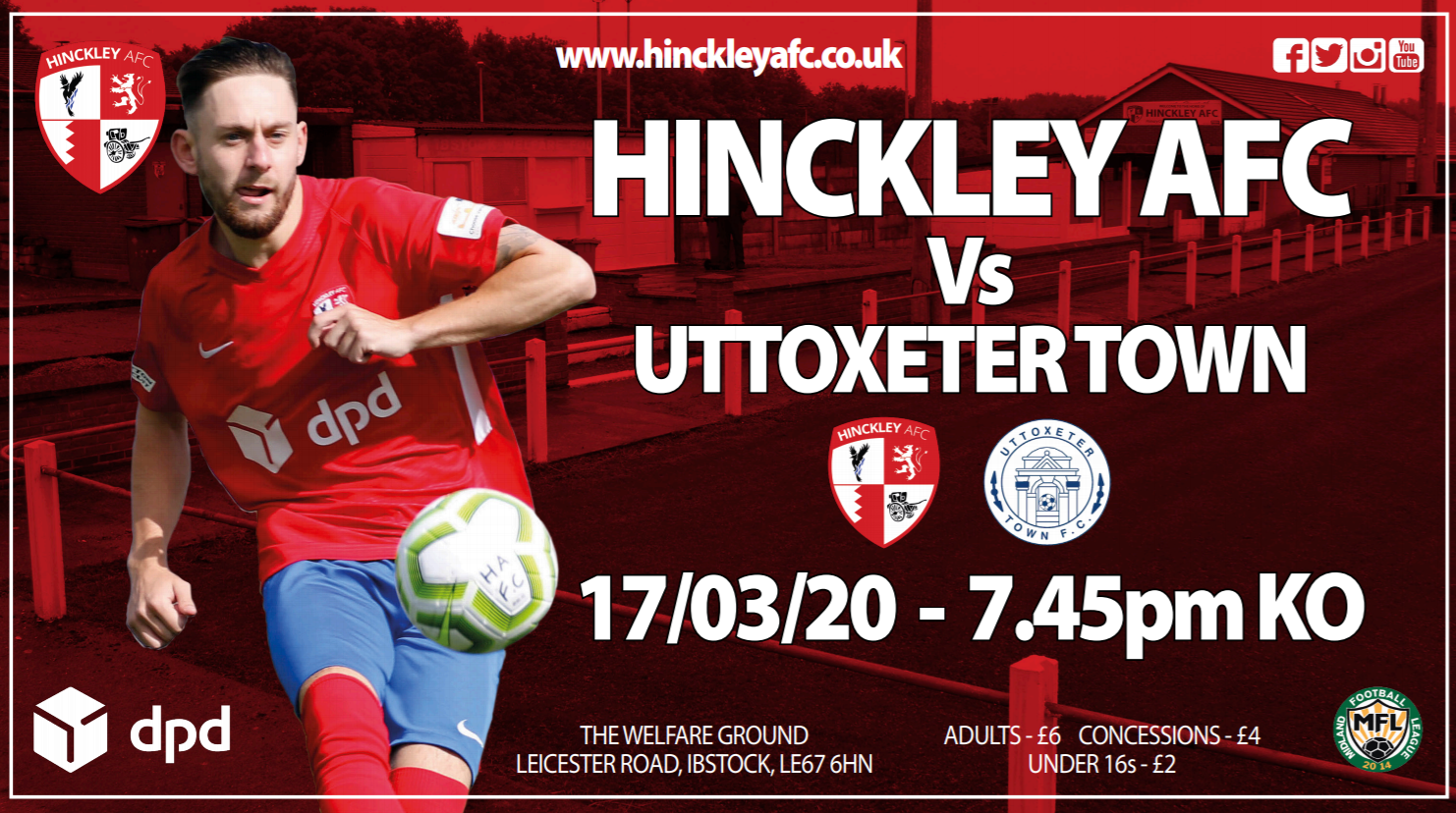 Just over a month after the last clash between Hinckley AFC and Uttoxeter Town, the two sides meet again at the Welfare Ground tomorrow night.

And manager Courtney Belford says he learnt a huge amount from the 3-2 defeat at Oldfields on February 8th, and will be looking to put the result right in the reverse fixture tomorrow.

That day, Hinckley raced into a two-goal lead but a Jake Avery-inspired comeback earned Uttoxeter all three points on a blustery day in Staffordshire.

And Belford said he’s been impressed with Uttoxeter for a few years now, and they are the sort of side he wants to replicate. He said: “We’re at the start of our journey at the club, which might take two or three seasons to get out of the league. That’s the reality. It’s a long-term project here.

“Uttoxeter have been together for a long time. It was devastating for them to lose their manager, Dean Arnold, recently. It must have been tough for them to keep going after that.

“But I’m really looking forward to the game. When we went there the people, supporters and volunteers were fantastic. I really enjoyed that game. They weren’t the best conditions but we had to teams desperate to win, giving everything they’ve got and hopefully that’ll be the same this time.”

The 18-goal Avery has been the biggest goal threat for Uttoxeter, who will jump up to third in the league with a win. They currently sit in the final promotion spot in fourth.

Hinckley, meanwhile, will be looking to continue their good home form in 2020 – three wins and a draw from their last four at the Welfare Ground including Saturday’s win over Ashby Ivanhoe in the League Cup.

Being out of Division One action meant they dropped to eighth when Kirby Muxloe beat Atherstone, AFC two points behind their county rivals but with three games in hand.

And having missed Billy Spink, Niall Rowe, Danny Harris and Fortune Maphosa who were all cup-tied on Saturday, the quartet could all feature tomorrow with Belford admitting team selection will be difficult.