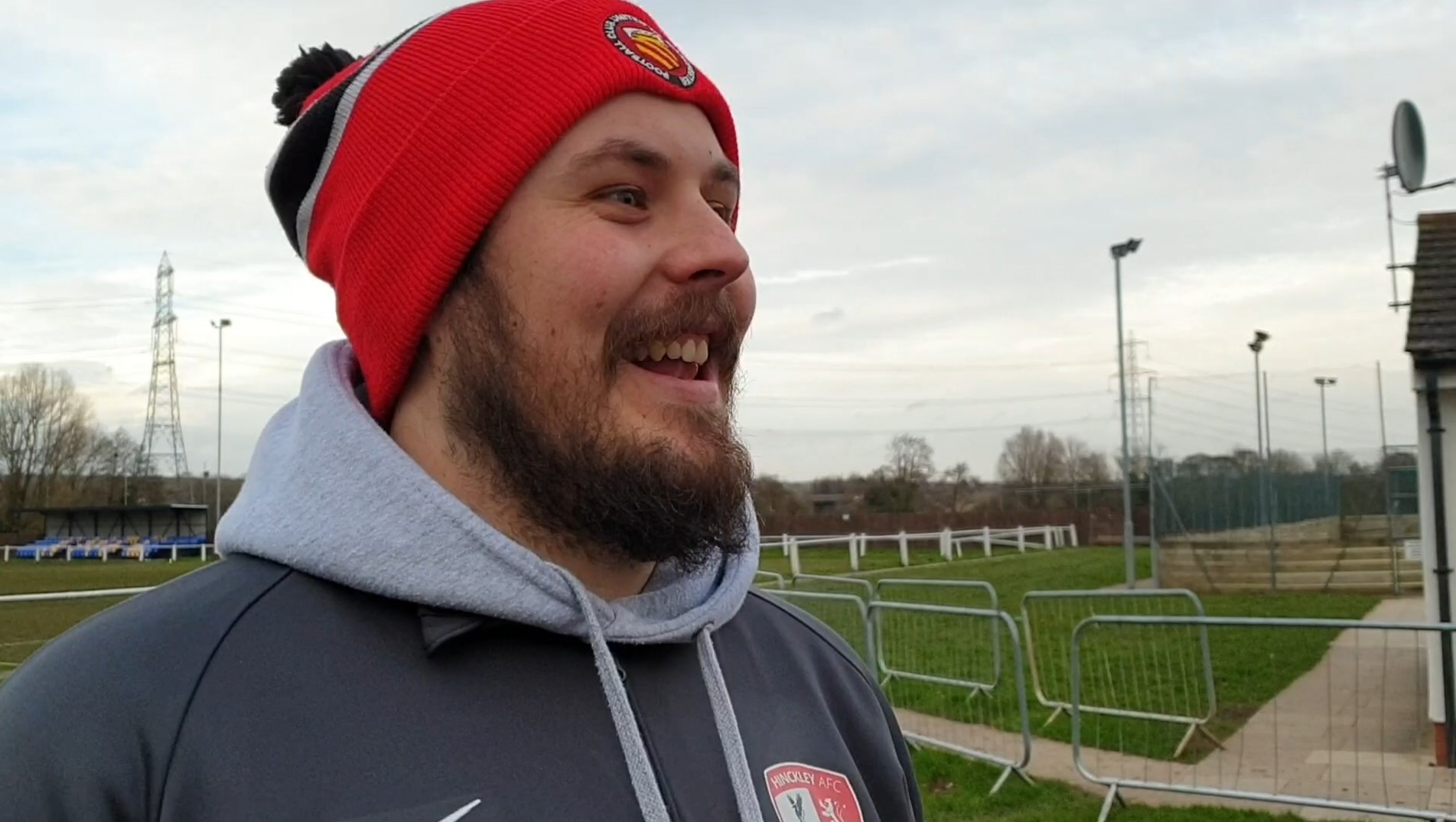 Manager Courtney Belford said it’s good to finally have clarification after the announcement that his first season in charge of Hinckley AFC has now finished.

The Football Association confirmed yesterday that the 2019-20 season was brought to a premature end given the uncertainty around coronavirus.

And while Belford admitted it was a shame for the season to end in such circumstances, he said it was a relief to have a decision confirmed.

That said, the decision to declare the season null and void and expunge all results, isn’t one he supports. He said: “It helps out teams who haven’t had the best of seasons. Points per game wouldn’t have affected us, we’d have been seventh, but I feel like it would have been fairer.

“That’s the only way it could have been done but there’s no fair way for everyone. I feel for teams that would have gone up after a long hard season.”

On the positive side it gives his team, who would have finished seventh on a points per game ranking, another chance to make the top four.

That was after the FA confirmed that the planned restructure will be deferred a year, now coming into play for the 2021-22 season.

And Belford says this season will stand his team in good stead going into next term.

“It’s a good sign that the players want a crack at it but it’s tough to commit at this stage. I’ve thanked them for their commitment and told them I’ll be in touch once we know when we’re starting again.”

That uncertainty means the former Nuneaton Griff boss is finding it difficult to start planning for next season – with the effect of the pandemic on next season still very much unknown.

“Until we’ve got a confirmed date we can’t plan. When we took the job last season, we knew the dates we were working towards and everything was geared towards that first game.

“While we’re unsure, you can’t plan too early or expect too much from people.

“For now it’s a waiting game while we wait for the situation to become clearer.”