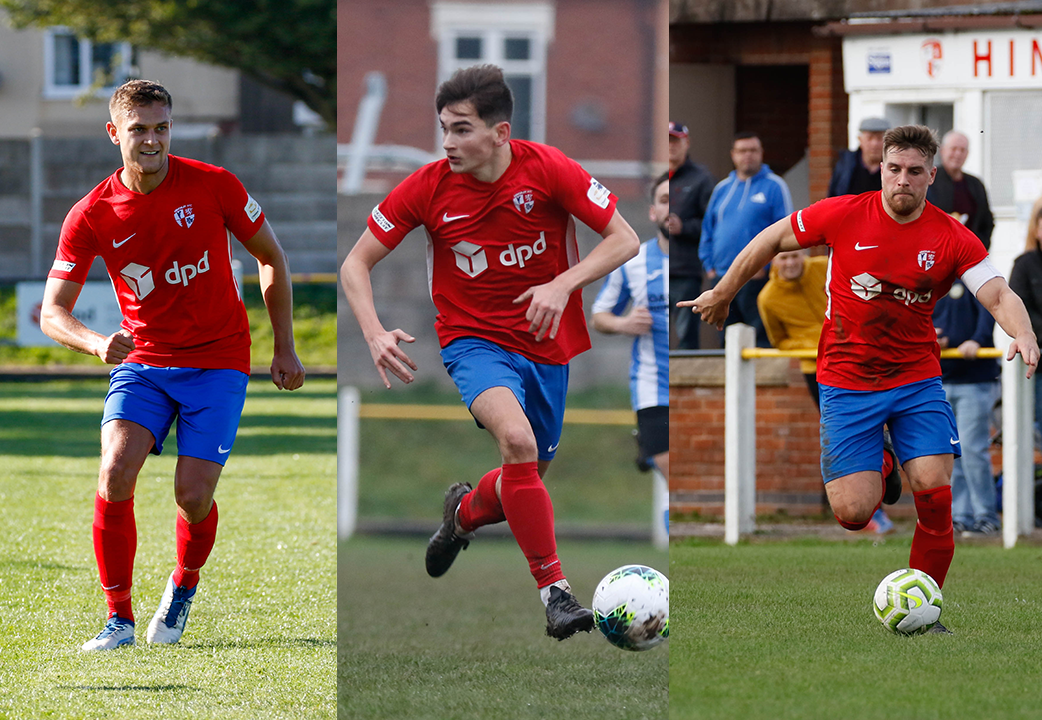 Double award-winner Reece Giles said he was honoured to have been recognised by his peers and supporters – while George Brindley and Luke Richards also picked up awards this season.

In his first full season with the club, he only made his first start in October but quickly made his name in the middle of the park.

And Giles told This Is Our Podcast it was great to get recognition for his efforts.

“It’s brilliant that the lads have recognised what I did this season but most of it goes down to Courtney and the chance he’s given me.

“Having a full pre-season was important but Courtney always told me I’d get a chance, I’d just need to wait for it. I wouldn’t have any of it if it wasn’t for the opportunities he gave me.

“I gradually started to get into the team and solidify a place. Not many managers who need results and performances would risk playing a 16 or 17-year-old, especially in the middle of the park.”

Manager Courtney Belford said Giles was a comprehensive choice among his peers.

“It was quite unanimous. The players recognised what he brought to the table.

“As soon as I saw him in the first pre-season training session I knew he had maturity beyond his years.

“We had a lot of central midfielders at one stage but it was a case of bringing him in at the right time, protecting him and making sure people can get around him and help him through the game.”

For his Manager’s Player of the Season, Belford picked out a man who was a regular feature in the number two shirt throughout the season and a model of consistency.

“It was a difficult decision and there were a few players I could have chosen from. But I spoke to Gavin and we decided on George Brindley, who’s been different class and was our choice this season.

“His consistency stood him out. He gives everything when he’s at training and it’s the same when he plays. When I was building a team in my head he was one I wanted to bring in.”

Brindley said he was delighted to pick up the award: “I wasn’t expecting it at all.  It was such a surprise when Courtney texted to tell me, he normally just hammers me on the text! So it was something I was really happy with.

“Coming to a new club, we had a core group of players who have played together before but integrating with the new lads was easy. We hit the ground running, there was a good buzz about the place and it was a great side to be around.

“I really enjoyed right back. Previously I’ve always played out wide so I only started playing there every now and again over the last few seasons.

“Playing there consistently I got used to it and I felt a lot more comfortable as the season went on.”

As for the fans’ award, you voted 11-goal Luke Richards as your Supporters’ Player of the Season.

Richards made the most appearances for the club again this season, pulling on the shirt 29 times and moving into double figures for goals with the final game of the shortened season.

Belford was full of praise for the way the club’s record appearance maker went about his business this season.

“In the dressing room he’s a great lad, he’s been around for a few years and as soon as he puts his signature on a piece of paper he’s there from the very start to the last kick. Luke never missed a training session, and was available for every game.

“He might be frustrated by the amount of goals he scored this year but he gives everything he’s got to make everyone else as good as they can be.

“He breeds confidence in the other players and supporters know he’ll give everything for them as soon as he steps onto the pitch.

“He’s a great lad who’s giving back playing for his home town club. He could have played higher but he wanted to come back here.

“He was the glue that held the team together at times and he’s been fantastic for us.”

To listen to the full podcast involving Belford, Brindley and Giles, episode six of This Is Our Podcast is available now via your usual podcast provider – simply search Hinckley AFC to listen and subscribe.