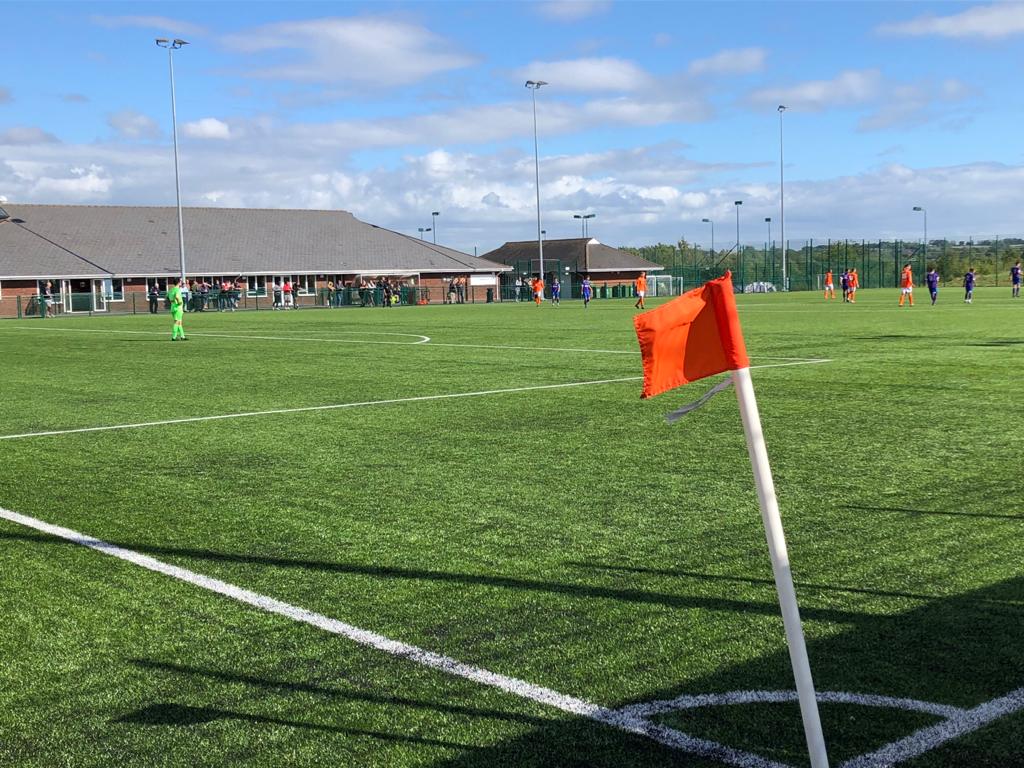 The saying goes that good things come to those who wait. For Hinckley AFC fans who have waited since March to watch their side, they were treated to 11 goals and a free-flowing display in an 11-3 win over Rugby Borough…

AFC set the tone with a goal inside ten seconds, and were 6-1 up by half time with Ben Ashby netting a brace against the Leicestershire Senior League outfit.

And that tempo continued after the break with Lewis Commins’ second half hat-trick among five more goals for Courtney Belford’s side, a confidence-boosting win with just two weeks until the start of the league season.

This was the first time Hinckley fans could watch their team play in 161 days, but they weren’t left waiting long for an opening goal in what turned out as a frankly bonkers match.

Hinckley hit the ground running, and were ahead within ten seconds. A smart move down the left involving Drew Kear and Gez McGahey ended with Ashby driving home from the edge of the box.

Rugby hit back immediately, Webb netting their opening goal after Billy Spink’s initial save, but Hinckley regained their lead less than a minute later when Tom Weale’s free kick deflected in.

The frantic start continued – Ashby netting a second and Richards converting after Jack Edwards won possession put Hinckley 4-1 up before 20 minutes were even on the clock.

And when Dan Hoskins’ fine strike made it five, as he made space and fired home from 25 yards, Hinckley were putting their hosts to the sword and playing some excellent football on the 3G surface.

They even had time for another before the break, Edwards turning from provider to scorer with a peach of an angled drive from the right hand edge of the box.

Belford made a number of changes at half time and one of them, Commins, didn’t take long to join his teammates on the scoresheet – a neat finish from a tight angle making it seven.

The changes didn’t disrupt the flow of the game as the fast-paced nature of the match continued. Rugby pulled one back on the hour, only for Danny Harris to restore the six-goal difference when he found the top corner from the edge of the box.

And it was Commins who made it double figures for AFC with two more quickfire goals, two in four minutes taking him to a hat-trick and Hinckley to ten.

The hosts had the last laugh when they scored a third goal with the last kick of the game, but it was barely a consolation – by that time Kear had headed home Hoskins’ cross for an 11th Hinckley goal.

It may have been a long time coming, but it was worth the wait for the limited number of travelling supporters who could watch the game as the build-up continues to the start of the competitive campaign against Cadbury Athletic on 8th September.