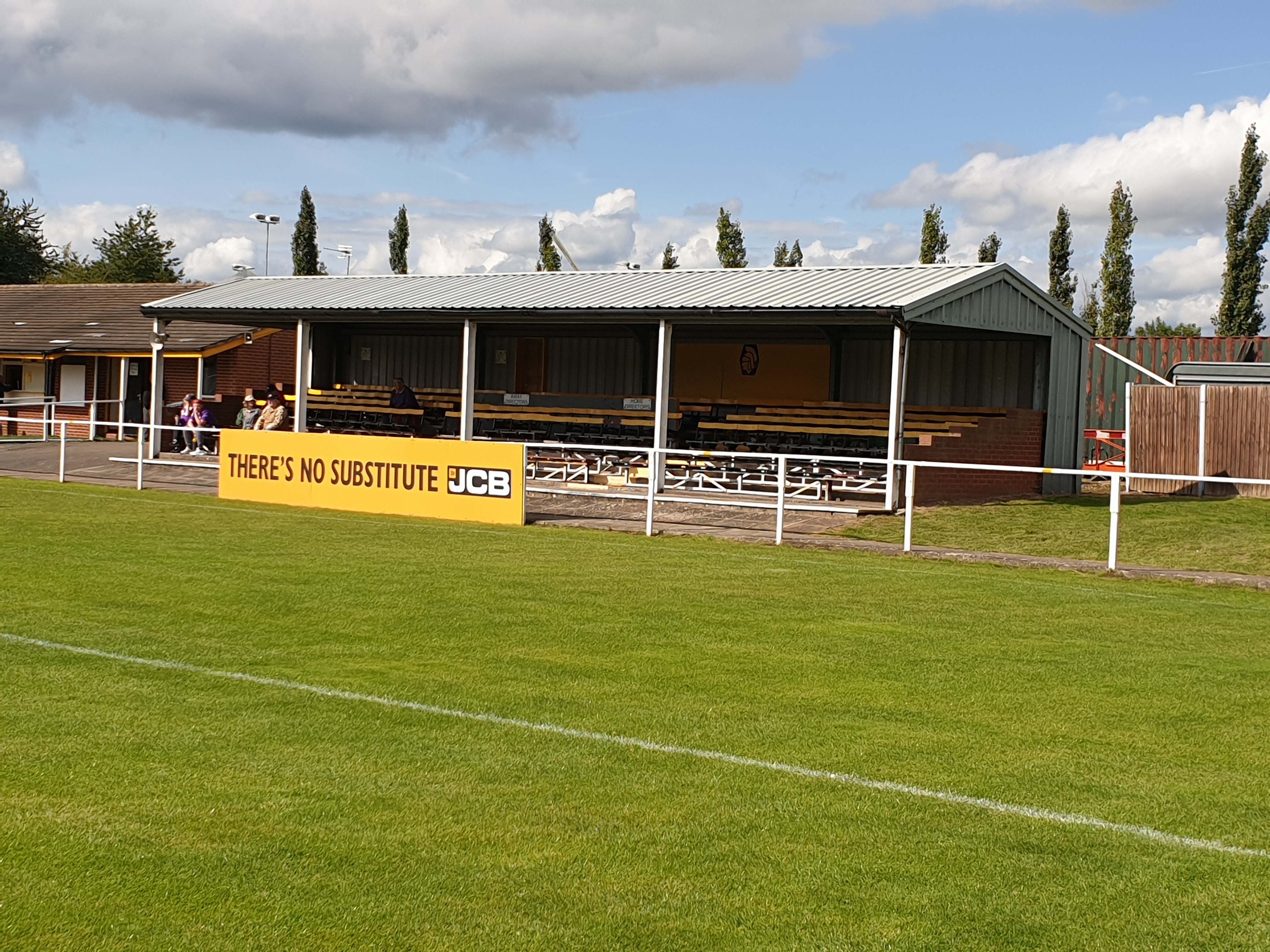 Tom Weale’s penalty deep into added time capped a fabulous team performance from ten man Hinckley AFC as they made it five wins on the bounce by beating Rocester 3-2 at Hillsfield.

It was an enthralling game as Sam Lockley’s brace on debut put Hinckley two up before Liam Robinson’s stunning free kick brought the home side back into it.

Nick Brandish was sent off during the half time interval and Robinson added his second before the late drama settled the game in Hinckley’s favour.

Manager Courtney Belford introduced new signing Lockley from the start and he soon showed he knows where the goal is by scoring after ten minutes, receiving Mark Williams’ neat pass in the box before beating his man and firing home.

And he was on target again ten minutes before half time, when two home defenders got in each other’s way and the ball fell to Lockley who finished clinically.

The home side then began to exert some pressure and got back into the game just before the break, Robinson drilling home a powerful free kick from 25 yards out.

It emerged that Brandish had been shown the red card during the interval for dissent and ten man Hinckley had to show great resolve.

They dug deep, the experienced Luke Edwards marshalled his defensive troops superbly and there was only one real moment of danger when Tommie Cooke’s shot took a big deflection and goalkeeper Matt Hill did well to palm the ball away at full stretch.

The game took another twist with ten minutes remaining when Rocester too were reduced to ten men, Keiron Lawton dismissed for a lunge on Dan Hoskins.

But they responded well and levelled the game up with four minutes remaining, Robinson sliding to convert his second of the night from close range after good work down the right flank.

Having surrendered the lead so late, AFC were determined not to relinquish the three points and they finished the stronger.

Isa Abraham’s trickery and pace caused the home side problems and deep into added on time, he was fouled in the box by Cooke. Captain Weale, who led by example all evening, kept his composure to convert the spot kick and secure a memorable win that said much about the character of this Hinckley side.