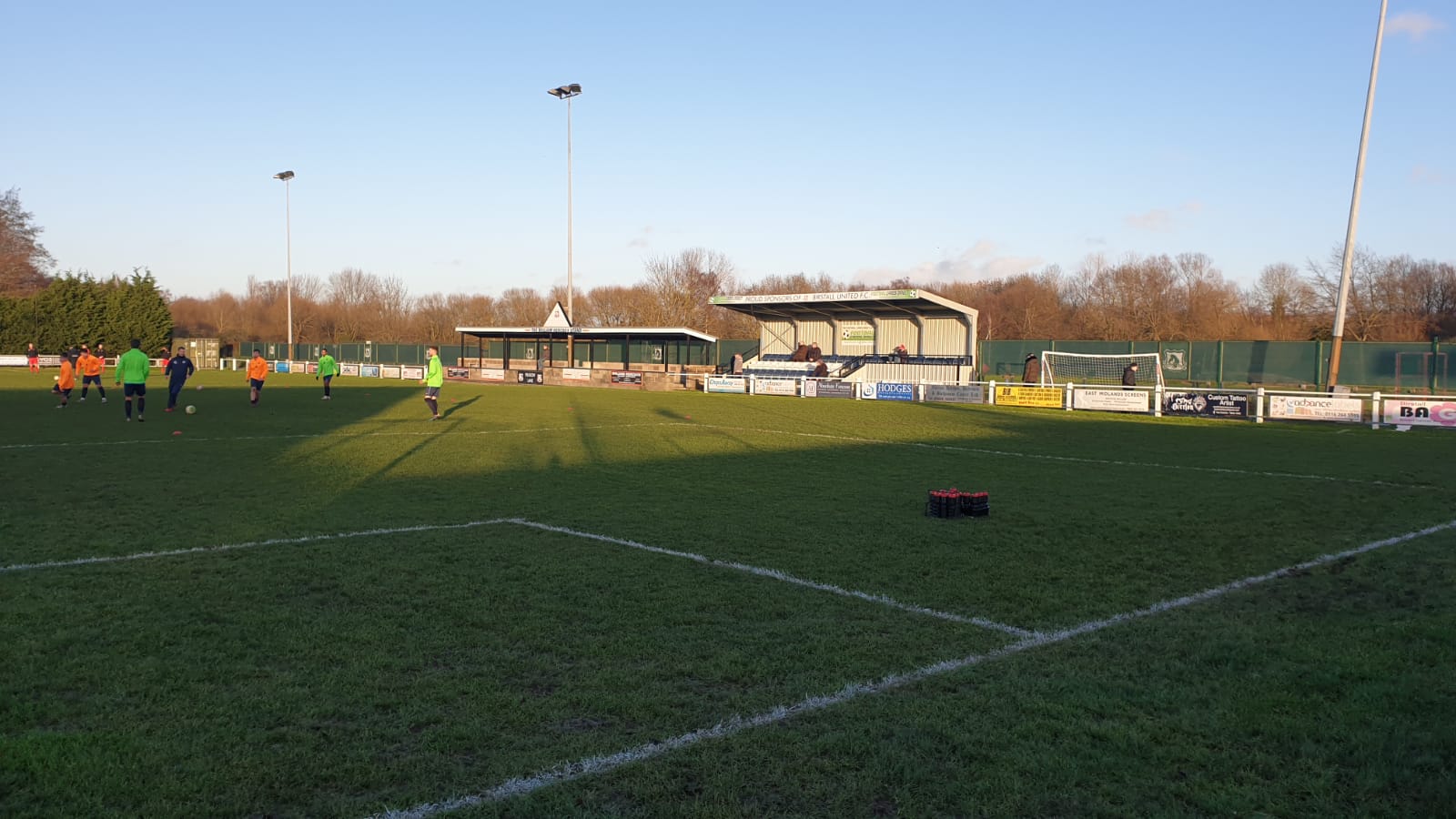 Hinckley AFC’s 12-match unbeaten run came to an end as a host of missed chances saw them lose 3-2 at Birstall United.

At the conclusion of a pulsating encounter, Hinckley were left wondering quite how they had surrendered their unbeaten record. They created enough chances to have won three or four games, but were thwarted by home keeper Charlie Doherty who had a inspired game.

In contrast, Birstall were clinical in making the most of the few chances that came their way, enabling them to leapfrog Hinckley in the table.

Manager Courtney Belford made just one change from the side that beat Dunkirk on Saturday, as Kai Gibbs replaced Lewis Padmore.

The tone of the game was set in the opening ten minutes. Doherty made a couple of good stops with his legs before tipping over Lewis Rankin’s curling shot at full stretch. A goal seemed inevitable and it soon came, but at the other end against the run of the early play.

It was a poor one for AFC to concede. Ben Whitehead attempted to shepherd the ball out for a goal kick but there wasn’t enough pace on it, and Luke Higgins seized his chance to steal the ball and curl it home over the stranded Matt Hill.

Two minutes later, Birstall’s lead was doubled as Paul Pallett drove home from the edge of the box.

But despite those setbacks, AFC continued to pass the ball well, carving out chances. Tom Weale was denied by another tip over from Doherty before he stabbed wide from six yards after a flowing move opened up the home defence.

Drew Kear thought he’d scored when his shot beat Doherty but came back off a post and to rub salt in the wound, Birstall scored another just before the break through Pallett again, a strike that proved decisive.

Hinckley dominated possession after the break, but after Doherty tipped aside Rankin’s shot at the foot of his post, they became increasingly desperate as the home side defended in numbers and restricted their chances.

They gave themselves hope with 20 minutes remaining. It was going to take something special to beat Doherty and Dan Hoskins provided it, a stunning 20 yard shot into the corner to breathe new life into the visitors.

And eight minutes later, they were right back in it. Joel Heely did well to beat his man and get to the right hand byline before squaring a pass for fellow sub Ryan Slinn to convert on his debut.

The expected onslaught on the home goal arrived, but Birstall defended with great fortitude and a little good fortune as they survived a couple of manic goalmouth scrambles. The ball just wouldn’t bounce Hinckley’s way in a frantic finale and they tasted defeat for the first time this season.