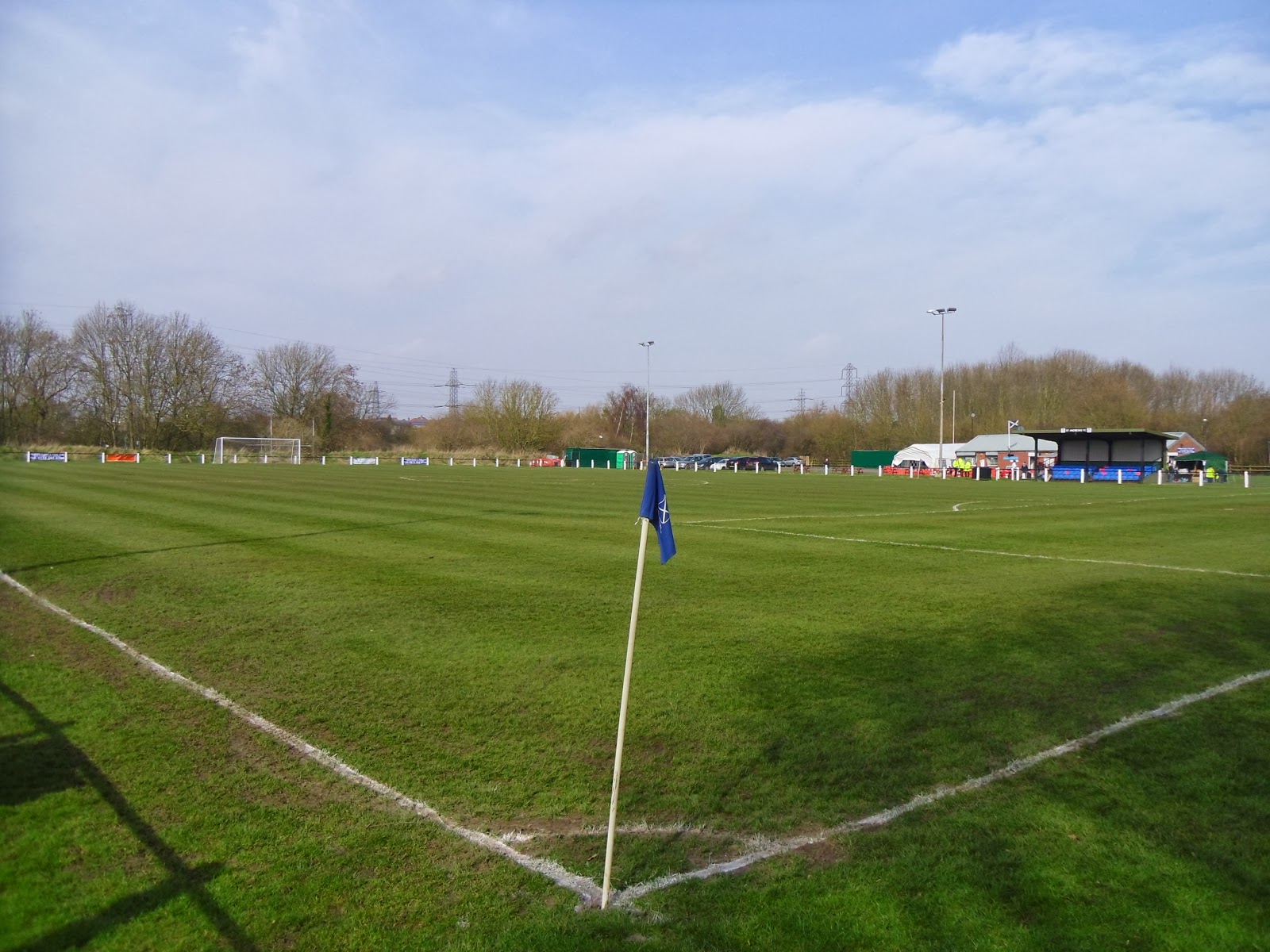 A superb team performance saw Hinckley come away from league leaders St Andrews with all three points in a 2-1 win.

They shattered St Andrews’ previously perfect home record in doing so, as two first half goals did the damage.

The game was a great spectacle played at a fast pace throughout on a fine playing surface and AFC did the damage when goals from Kai Gibbs and Tom Weale put them in control at the break.

Mason Lopez pulled one back with ten minutes remaining to set up a nervy finale, but Hinckley did enough to claim the points.

The returning Drew Kear was a prominent figure in the opening exchanges and after after shooting into the side netting, he helped create the opening goal on the quarter hour mark. He combined with Jeremie Agholor on the right and the ball broke to Gibbs who showed great technique to curl a first time shot into the top corner.

Jack Edwards could have added a second but he couldn’t keep his shot down under pressure from close range, before The Andrews started to come into the game as the half developed.

But they failed to trouble Matt Hill and fell two behind on the stroke of half time with a well worked goal. Dan Hoskins’ astute, quickly taken free kick caught the home defence napping and Kear’s low ball across the face of goal was converted by Weale on the far post.

After surviving a goalmouth scramble early in the second half, AFC had chances to kill the game. Weale’s clever back heel sent Gibbs through but he was denied by a superb saving challenge, Evans dragged a shot inches wide of the far post and Gibbs did find the net but saw a very late flag deny him.

St Andrews fought hard to get back into the game, but Hinckley defended impressively as a unit to restrict their chances. But just as you felt the home side were running out of ideas, Lopez pulled one back with ten minutes remaining.

That goal breathed new life into The Drews and they piled men forward in an attempt to salvage something, but Hinckley’s defence held firm to claim a well deserved victory.