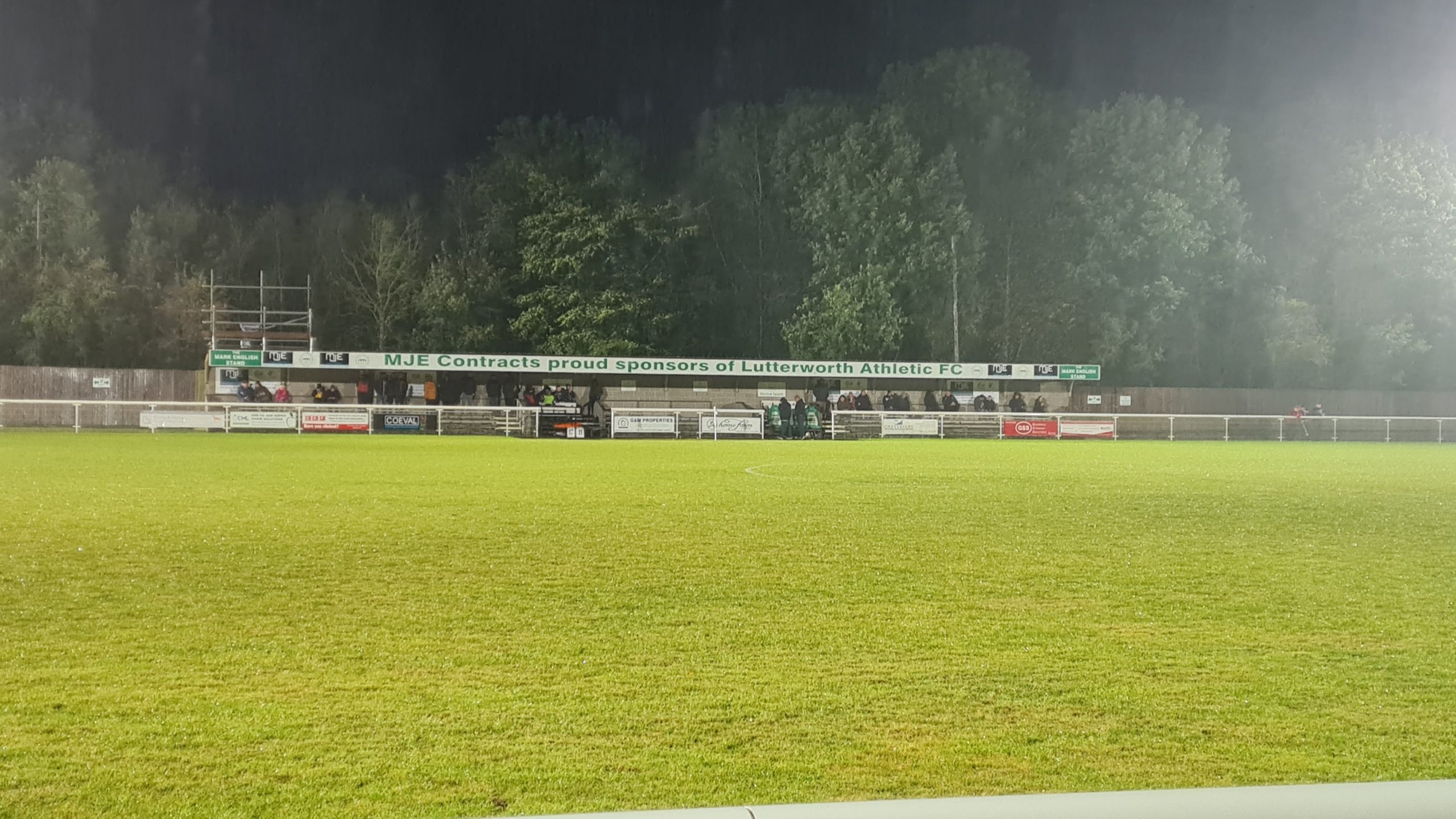 Hinckley AFC made it two away league wins on the bounce with a comprehensive victory at Lutterworth Athletic.

On a night where the torrential downpour rarely let up, neither did Hinckley’s level of performance as they excelled at Hall Lane.

Two goals in each half did the damage, with four different goalscorers and only Lutterworth ‘keeper Max Harbin prevented it from being more with some outstanding saves.

Courtney Belford rung the changes from the side comfortably beaten on Saturday – with Ben Whitehead, Nick Brandish, Tyson Knight, Ryan Slinn and Lewis Padmore all coming in.

In pouring rain, Athletic had the first chance when Barnes Gladman’s shot was deflected into Matt Hill’s arms, but Hinckley soon took control.

Harbin saved from Jack Edwards’ header, but was powerless four minutes later to prevent Padmore cutting in and bending a fine strike inside the far corner.

The battle between Edwards and Harbin would continue through the half. First, the Hinckley midfielder’s 20-yarder was tipped wide at full stretch, before the ‘keeper made a stunning one handed stop to deny the same player’s header.

He then tipped Knight’s strike, destined for the top corner, onto the bar with another remarkable save and Ryan Slinn’s goal from the recycled ball was adjudged to have been offside, much to Hinckley’s dismay.

While Edwards battled with Harbin, Slinn was to battle the Athletic defence. He had two cleared off the line, the second a superb recovering clearance by Oli Bradshaw.

Then, on the stroke of half time, Edwards was to have the last laugh in his battle against the young ‘keeper, flicking Slinn’s corner inside the far post to double Hinckley’s lead.

It gave AFC the cushion they deserved after a dominant first half.

Lutterworth briefly threatened from a pair of right wing crosses early in the second half, but neither chance called Hill into action.

And Hinckley put the game to bed with two goals in three minutes midway through the half.

And then Drew Kear netted the goal of the night, bending one home from 25 yards with his weaker left foot leaving Harbin rooted to the spot.

That was as much goalmouth action as the second half saw – though Padmore had another ruled out for offside late on that Hinckley felt should have stood.

All in all, it was a fine reaction to Saturday’s defeat from Belford’s men ahead of this weekend’s trip to Harrowby United.