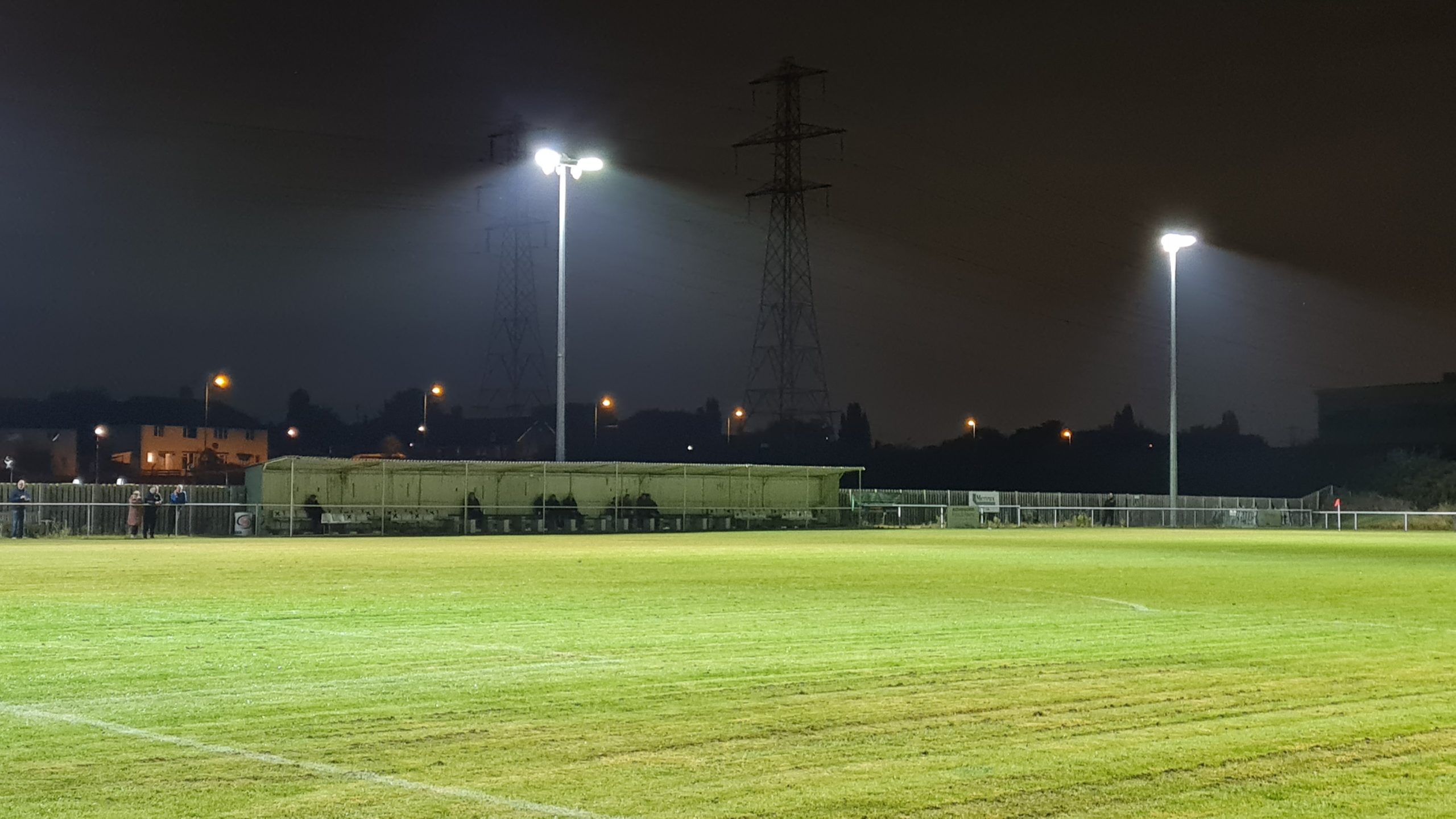 Hinckley AFC hit four for the third game running as Tyson Knight’s brace helped them to a 4-2 win at Clifton All Whites.

AFC were far from at their best at Green Lane, and were twice pegged back by their hosts either side of half time.

But the game swayed on incidents ten minutes from time when the Whites missed a penalty to go 3-2 up, and clinical Hinckley scored within a minute before securing their win late on.

Manager Courtney Belford made two changes to his Hinckley side that won at Harrowby on Saturday. Mikkel Hirst made his first start since August after injury, while Knight also came back in.

Hinckley started brightly and, after Lewis Padmore forced Liam Mitchell into an early save, they took the lead seven minutes in. A cleverly worked set piece saw Tom Weale find Dan Hoskins, whose fine delivery was knocked home by Knight on the far post.

But that lead lasted less than two minutes. It was a poor goal for Hinckley to concede – Josh Gardner’s corner appearing to run uncontested into the net.

The rest of the half was bitty and, while played at a decent tempo, lacked any real quality on the ball. Hinckley were warned not to be careless in possession when the home side broke forward but Kyle Stovell sliced wide when he should have done better.

Hinckley, though, took their chance when it came. Jan Yeomans and Liam Mitchell’s mix-up allowed Padmore, alive to the situation, to nip onto a weak back pass and round ‘keeper Mitchell to slot home.

That lead lasted until half time – though Hinckley had goalkeeper Matt Hill to thank for that. Clifton broke but were denied by a combination of Hill and their own player in the six yard box, before the ‘keeper then beat away from Stovell one-on-one after a missed clearance.

The balance of play continued Clifton’s way in the second half as Hinckley struggled to assert their authority. Hill made another smart save when Chanju Mphande weaved too easily past a couple of defenders – but when he could only parry a shot on the hour, Gardner was there to level affairs for the second time.

Gardner was then involved in the game’s first of two major incidents – only seeing yellow for a nasty two-footed challenge on Hirst.

That added a bit more spice ahead of the second incident a quarter of an hour later. Knight was penalised for handball in the box, but Stovell blasted his spot kick over the bar.

And that proved crucial. Within 60 seconds, Hinckley came forward and substitute Jeremie Agholor drove past his man and fired home.

Eight minutes later, they sealed the game – Agholor was denied by the onrushing Mitchell but the loose ball fell to Knight 35 yards out whose controlled, well-struck first time effort found the empty net.

And despite a far from vintage AFC display, Belford’s side made it three league wins in a week with four goals in each.