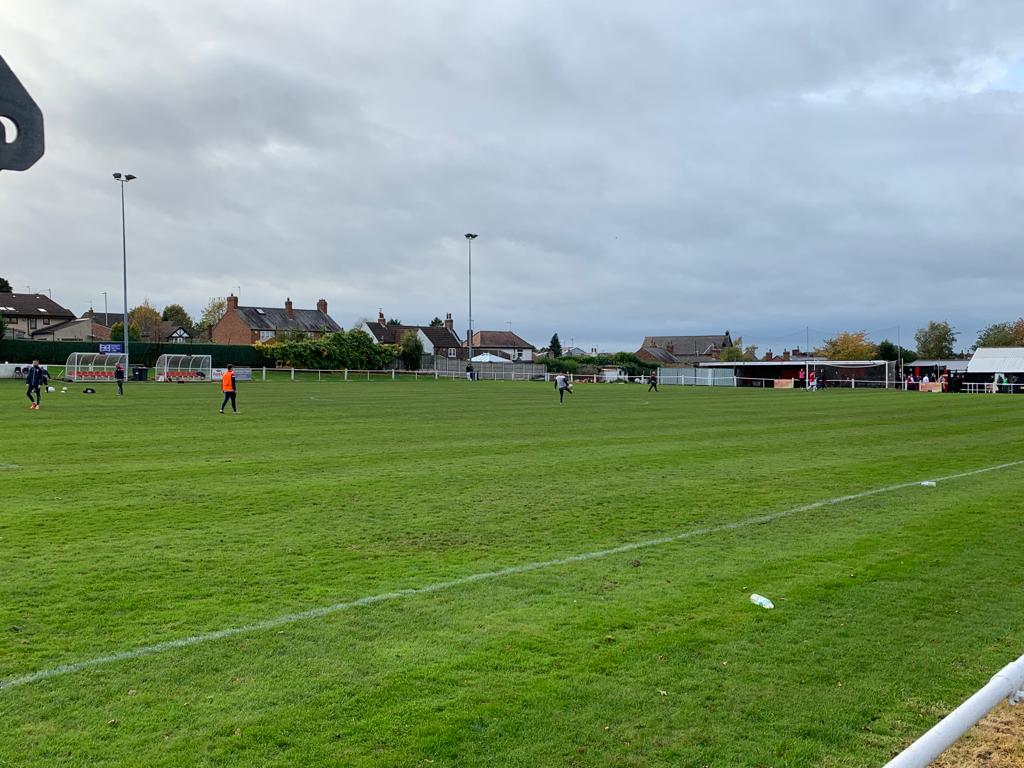 Hinckley AFC enjoyed a memorable afternoon as they created a new club record of eight successive league victories with a 1-0 win at Kimberley Miners Welfare – and without question this was the most satisfying of the lot.

In recent weeks, AFC have shown their ability to create and finish chances at will in winning games at a canter, but this was different.

In tough conditions, at the home of the league leaders and playing with ten men for the entire second half, they had to demonstrate qualities of a different kind. They showed great resilience, team spirit and huge character in keeping out the home side before nicking a late winner.

It was a true team effort from not only the players, but Courtney Belford and his management group as well. They tweaked the formation in adapting to the changing circumstances in the game and used their substitutes wisely, changes fully vindicated when one of those subs, Drew Kear, blasted home that late goal.

The first half was a low key, cagey affair as both sides struggled to master the blustery conditions.

Hinckley had their best spell midway through the half as they began to get their passing game together and Chris Camwell brought the best out of home keeper Danny Rigley who pushed aside his long range shot at full stretch.

Kimberley looked threatening towards the break, Luis Rose and Luis Parkes glanced close range efforts wide before the game’s major talking points. Referee Jack DeSchoolmeester had frustrated the visitors with some decisions, and Camwell was sin binned for making his thoughts known to the official five minutes before the break.

Moments later, Hinckley were facing an uphill battle when Rose’s run was ended by Ben Vallance’s mistimed tackle. Home players ran from all angles to surround the referee and Vallance was red-carded, leaving it 11 v 9 either side of half time.

Hinckley reshuffled during the break. Tom Weale, who enjoyed another colossal game, dropped in at the back as they sought to restrict their hosts. That rearguard action was successful in the main and Matt Hill was forced into just one save, an important one it was as he beat away Aaron Doyle’s fierce shot.

Kimberley kept coming forward, but Rose missed two good chances when well placed in the box and as the home side sensed time was running out, the game had a late twist with 88 minutes on the clock. Kear fed the Jack Edwards on the right flank, he found the energy to get to the bye line and pull the ball back for Kear to rifle his shot into the top corner.

Scenes of great jubilation followed immediately and again a few moments later when the final whistle blew as another excellent travelling support gave their players a superb ovation at the end of a marvellous afternoon for Hinckley.