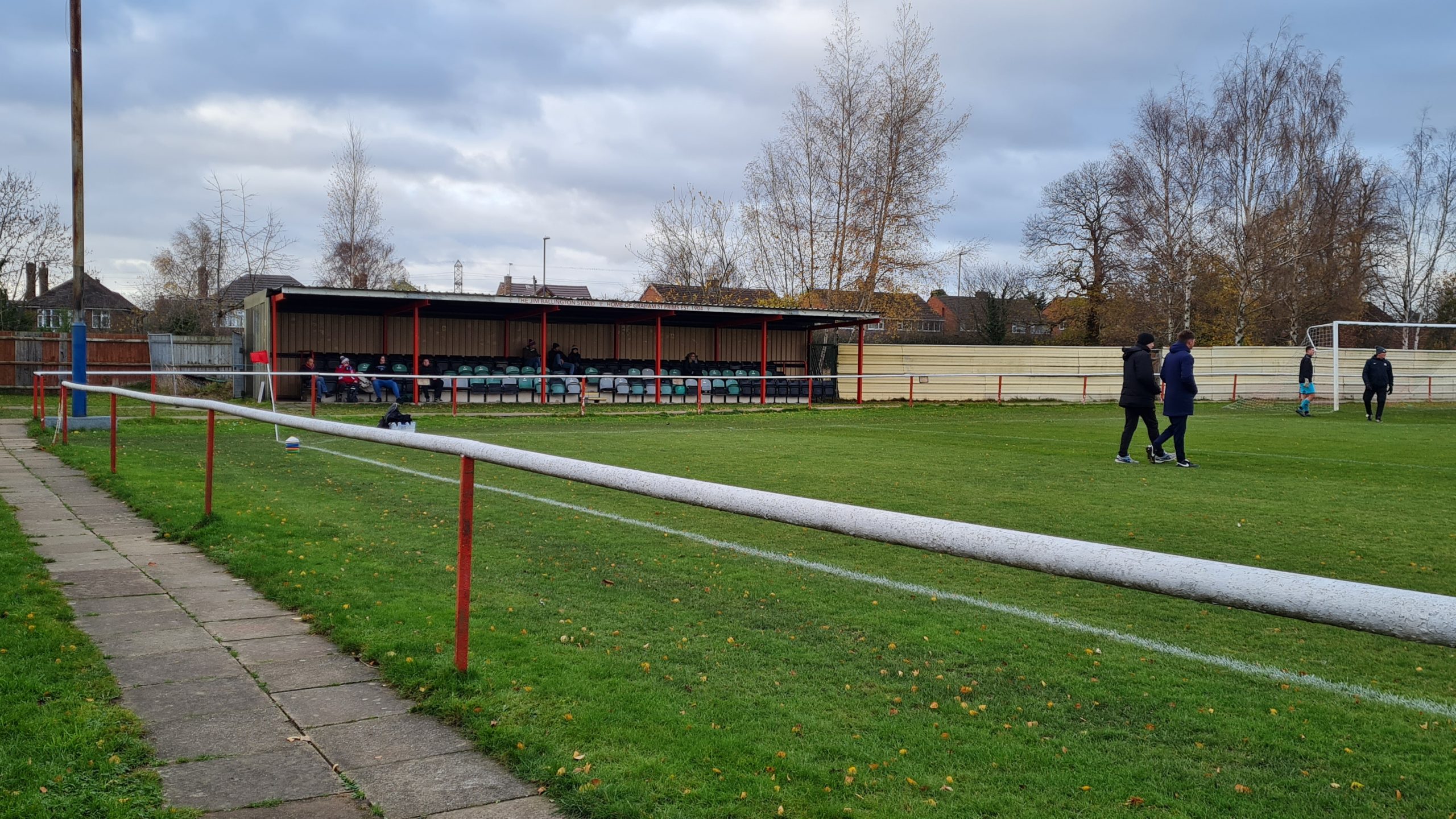 Ten man Hinckley AFC came from behind but were left frustrated with a 3-3 draw at Graham Street Prims.

Hinckley were far from their best, especially in the first half, and played the entire second period with ten men.

But they dug deep to score twice in five second half minutes to come from behind and lead, only for Prims to hit back moments later for a share of the points.

It was probably a fair reflection, and neither side could truly claim to have done enough to have won the game.

It was an afternoon of frustration for Hinckley against the league’s third bottom side, especially after the highs of beating leaders Aylestone Park on Tuesday.

They struggled to get to grips with the blustery conditions, though Luke Wilson should have put his side ahead less than a minute into his debut but headed wide from a corner.

Two minutes later, Hinckley found themselves behind. They failed to deal with a Prims corner, and George Lynam drove the loose ball into the bottom corner.

Set pieces looked like being the best options for both sides in the swirling winds, but Hinckley equalised from open play on 14 minutes. A well-worked goal down the left saw Mikkel Hirst cross for Lewis Padmore to spin and bury into the bottom corner.

Still, the battle with the conditions continued and Prims made them pay seven minutes later when, for the second time, Hinckley failed to clear and Lynam punished them by finding the corner.

The rest of the half was a scrappy affair but Hinckley’s task was made harder on the stroke of half time. Ryan Slinn and Jack Gorbert both slid in for a loose ball, but Gorbert got there first and Slinn caught him late – and was sent off.

That made Hinckley’s task harder but they changed shape ten minutes into the second half and immediately reaped the benefits.

Matt Hill started the move by finding Ryan Harkin, and Hinckley worked the ball into the box where Jack Edwards lashed home the equaliser.

And they completed the turnaround four minutes later when Harkin beat his man and buried for a fine solo goal.

Not that the game was done. Prims refused to lie down, and just moments later they most the most of their spare man and worked it for Kai Thomas to find the top corner.

That left the game finely poised, but while both sides played at a good tempo in an attempt to find a winner, chances were few and far between.

Hinckley had the only real shot at a winner, but Louis Harris made a fine save from Isa Abraham and Hinckley had to settle for a point.