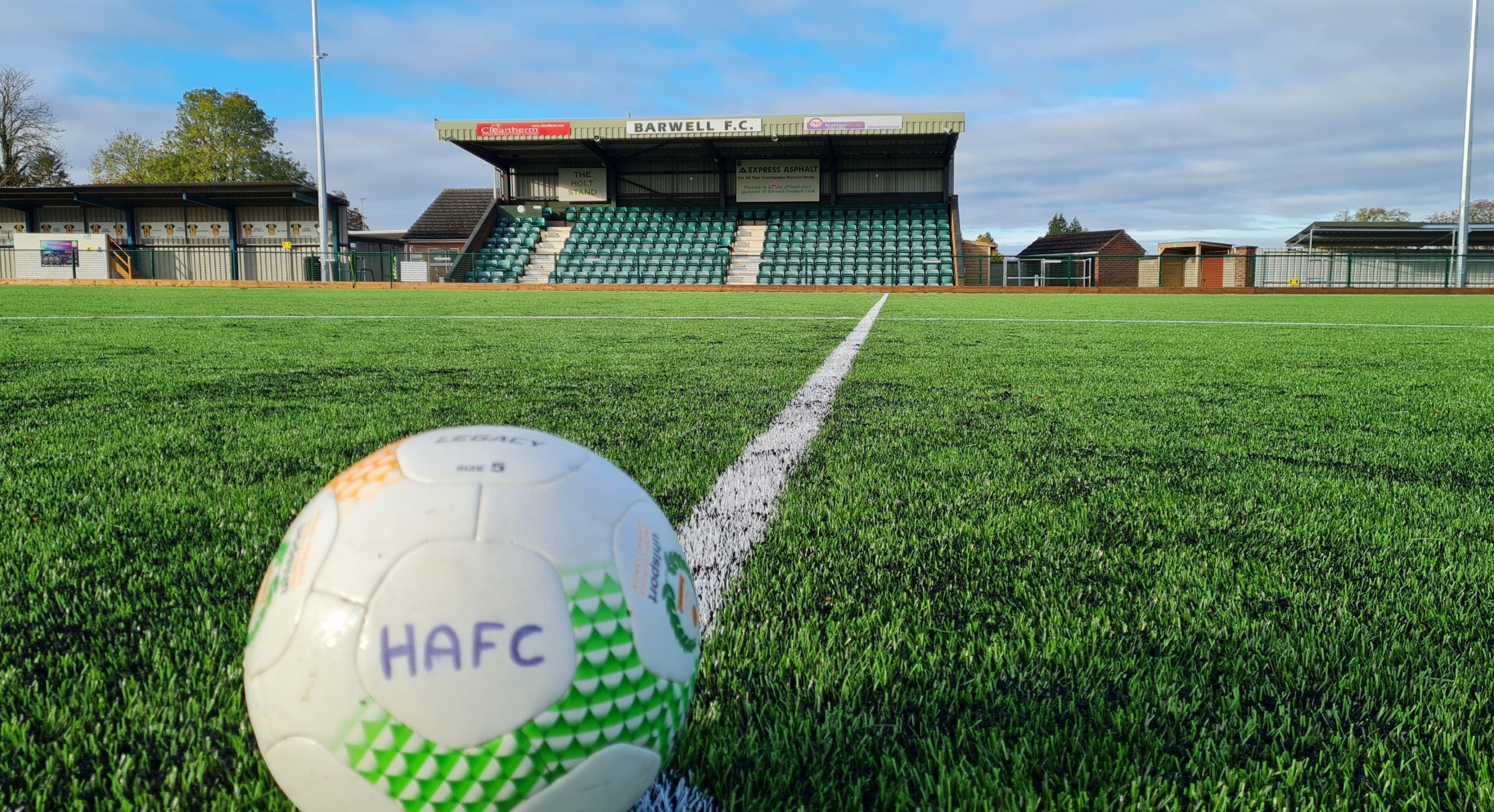 Hinckley AFC moved to the top of the United Counties League Division One with a 2-0 win over Borrowash Victoria at Kirkby Road.

In a game that drew parallels with Tuesday’s win over West Bridgford, Hinckley had to be patient against a well-organised defence.

But once Ryan Harkin broke the deadlock on the stroke of half time, they never looked like surrendering their lead.

On a chilly night, it took Hinckley time to find their feet against the league’s bottom side. Borrowash’s back five were resolute and organised, and so ‘keeper Tom Smith was rarely called upon in the opening stages.

Indeed, Hinckley stopper Matt Hill was forced into the game’s first save, down well to deny Nathan Bennett.

Smith had his palms stung by Dan Hoskins and Lewis Rankin, who then headed over the recycled ball, as Hinckley dominated the territory but found their final ball lacking.

Meanwhile Darryl Hawkins headed over for the visitors as they went within inches of breaking the deadlock.

But just as it looked like Hinckley would be held into half time, two goals in two minutes eased the frustration.

Tom Weale’s pinpoint pass was the inspiration, and although Dom Alleyne was met by two defenders, the loose ball fell to Harkin who slammed home from six yards.

And the cheers had barely died down when Jack Edwards picked out Rankin, who turned his man and buried a shot beneath Smith.

That relaxed Hinckley for the second half, and they created chances aplenty only to be thwarted by the excellent Smith, or wayward finishing.

Mikkel Hirst had one deflected wide, Smith denied Edwards and Alleyne headed over from Hoskins’ cross all before the hour mark.

Smith also made a smart double save to deny Rankin, and then Edwards.

Rankin then had penalty shouts turned down, substitute Isa Abraham’s goalbound effort was pushed away by Smith and the same player then struck the follow-up wide after Smith had got a fintergtip to Lewis Padmore’s cross.

The closest Hinckley came to a third was with seven minutes left, when Nick Brandish was a crossbar away from his first goal for the club with a crisp 25-yard strike that had Smith rooted.

But while they could have added more, it’s the three points that matter for Hinckley who, for one morning at least, see themselves top of the tree.