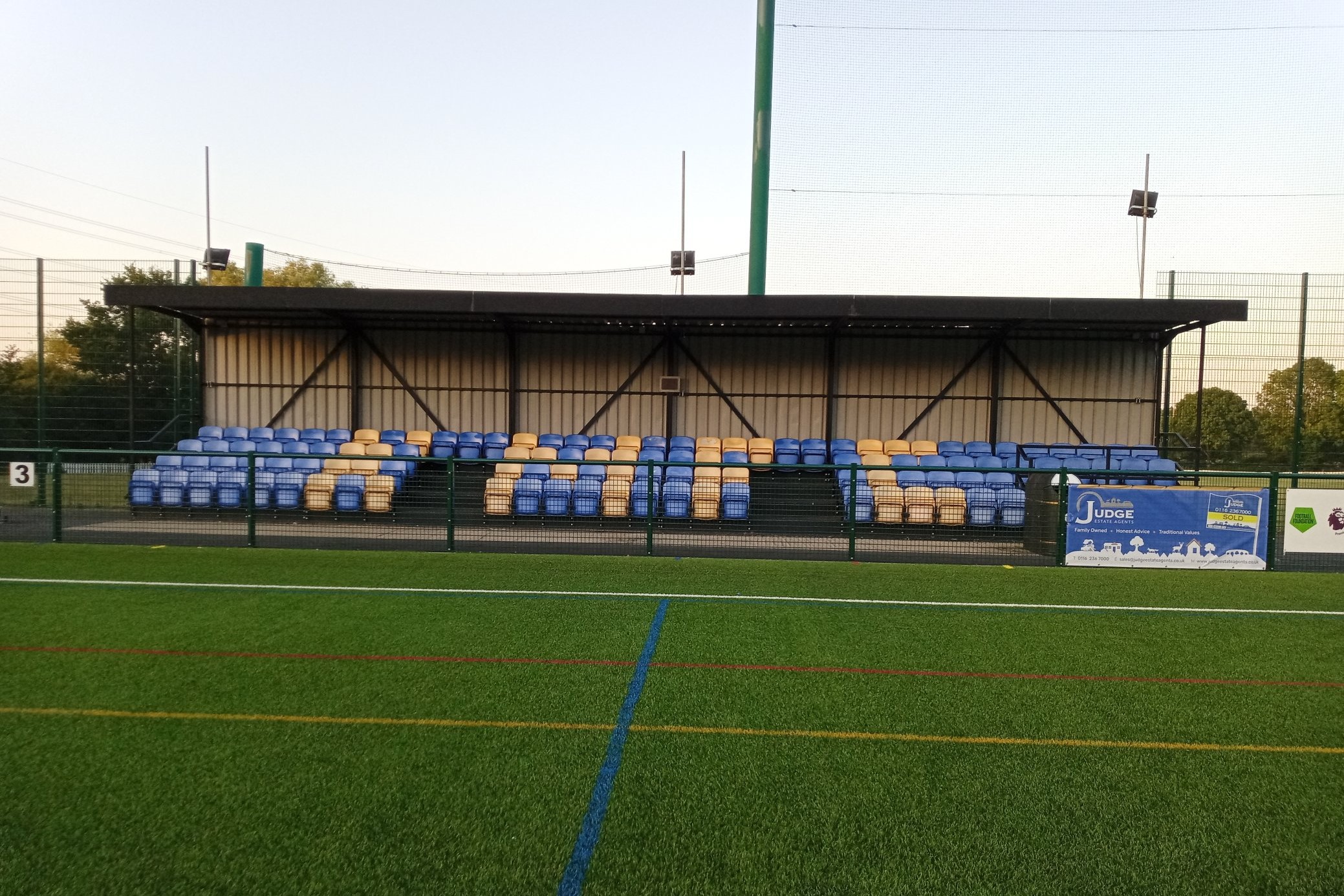 Hinckley AFC will spend New Year’s Day top of the United Counties League Division One table after a comprehensive 7-2 win at Kirby Muxloe.

AFC’s festive local derby was played in front of a bumper crowd of 286 at Ratby Lane.

And they saw Hinckley score their 100th goal of the season before the turn of the year when Lewis Rankin’s fine opener broke the deadlock.

Courtney Belford’s side were 4-2 up by half time, and then dominated the second half adding three more after the home side’s Josh Gunn saw red.

Hinckley were quickly into their groove against their closest rivals in the division, and Ryan Harkin could have broken the deadlock within five minutes when he ran through on goal but Alex Smith denied him.

But Hinckley weren’t to be left waiting for long. Going into the game on 99 goals for the season, Rankin bent home a beautiful 100th from the edge of the box to put his side ahead.

It was a lead they never looked like surrendering, but Kirby threatened throughout the first half mostly through Lucca Watson-Quilter on their left. He was involved in their first sight of goal when he pulled back to the edge of the box where Ben Vallance blocked a shot.

But Hinckley controlled the game and after Smith raced out well to deny Rankin a second, Hinckley did double their lead on 18 minutes. It came through a quick team break as Rankin and Ryan Harkin combined to set up Isa Abraham for a cool 12-yard finish.

Kirby had a mountain to climb, and that was made even more difficult when Adam Parry earned himself a ten-minute spell in the sin bin for dissent. While he was off the pitch, Jack Edwards added a third after Tom Weale danced his way into the box.

But Parry had an immediate impact after his sin bin when he ran straight back onto the pitch to pick the ball up on halfway to start a move, which ended when he slammed home the rebound after Jude Coates’ shot was saved.

The rest of the half was end-to-end and played at a frantic pace. Harkin sprung the offside trap and found the corner with a precise finish to add a fourth, before Kirby went straight up the other end from kick off and won a penalty, which Watson-Quilter smashed home with the final kick of the half.

That meant Hinckley’s half time was less comfortable at 4-2 than it should have been, but it didn’t take them long to restore their three-goal cushion.

Rankin hit the bar in the early stages of the second period, and Kirby’s task was made more difficult again eight minutes into the half. Edwards and Josh Gunn both slid in for a loose ball, but Edwards got there first and Gunn caught him with his late tackle that saw him sent off.

And from then on, it was all Hinckley. Rankin grabbed his second on the hour, burying after good work from Harkin and Mikkel Hirst.

Another positive for Courtney Belford was the return of Charlie Evans from injury, who grabbed a goal just five minutes after coming on. It was all the work of Abraham, who kept the ball in and drove to the edge of the box to square for Evans to tap home into an empty net.

Abraham then netted his second with a one-on-one as Hinckley went after improving their goal difference.

They should have added more, too. Edwards missed a gilt-edged chance, Abraham scuffed his chance for a hat-trick, Evans glanced a free header wide and Hinckley also made a hash of a three-on-one situation as a Kirby defender recovered.

Despite that, it was an excellent afternoon’s work for Hinckley who will wake up in 2022 top of the table.