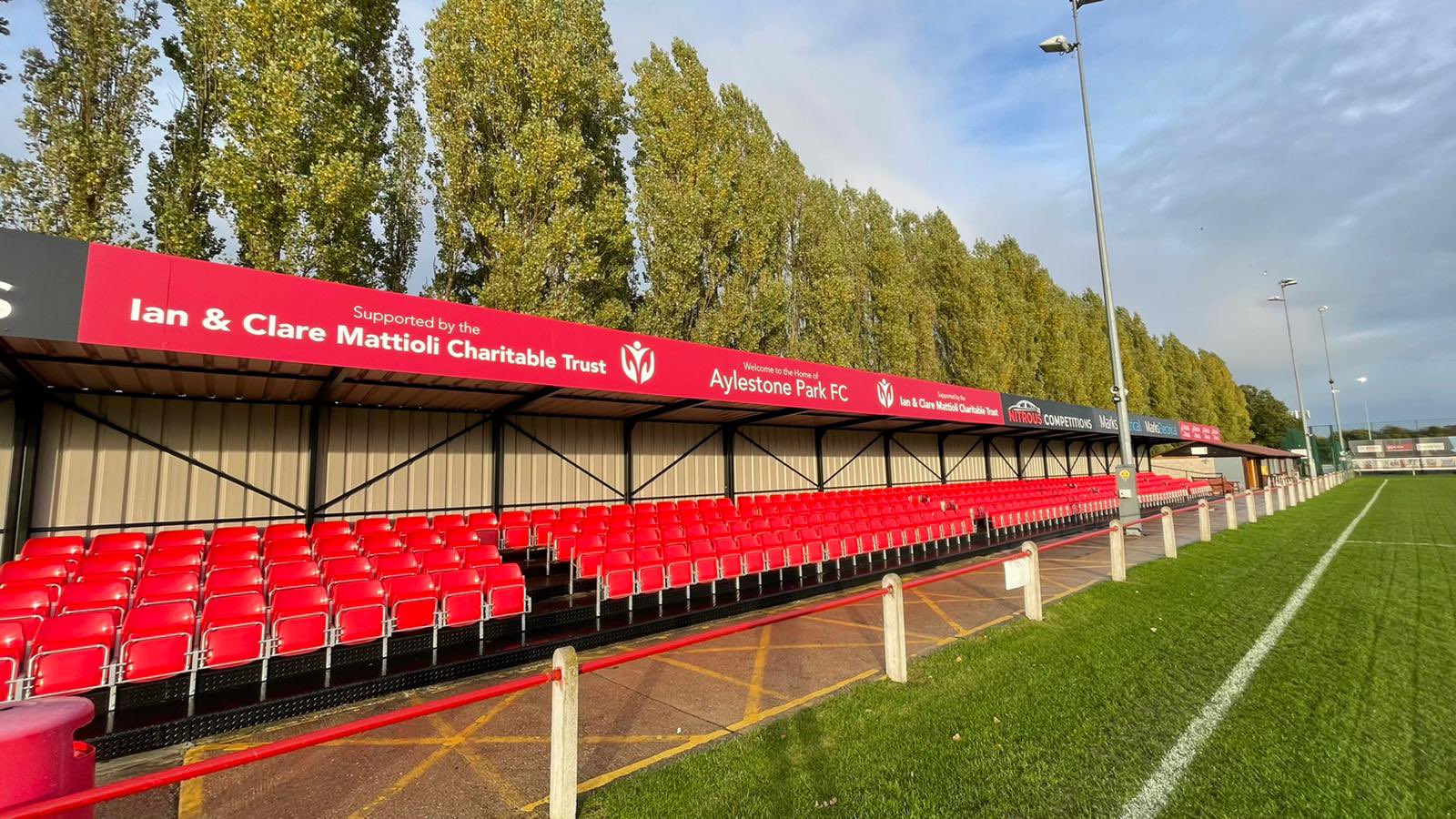 A last gasp header from leading scorer Charlie Evans snatched victory for Hinckley on a crucial day in the battle for promotion as they beat Aylestone Park 2-1.

With the sides locked at 1-1, Evans was in the right place at the right time to head home surely the most important of his 16 goals this season and secure a valuable three points.

There was little to choose between the sides as two of the heavyweights in the division produced a largely cagey affair with chances at a premium.

Even in January, the importance of this result was evident on an afternoon when four of the top five played each other.

It was always intriguing though. The home side settled the quicker and Matt Hill made a superb double save early on to thwart Shay Beeby and Nuno Gomes in quick succession.

Despite being down to ten men with Spencer Edwards sent to the sin bin, Aylestone took the lead just before the half hour mark when Josh Hill’s right wing corner was powerfully headed home by Declan Towers.

AFC needed a spark, and not for the first time it came from the inspirational Tom Weale who drew them level soon after with an absolute screamer. There was nothing on as he received the ball in midfield 30 yards from goal but he unleashed a thunderbolt that flew into the net.

The second half was a pretty even affair and the home side always carried a threat from a number of corners they forced. The excellent delivery from Josh Hill continually challenged the Hinckley back line who defended successfully with varying degrees of difficulty.

The more clear cut chances fell at the other end. Lewis Rankin slipped in a neat pass for Isa Abraham who skewed his shot off target, Rankin himself saw an effort beat Thomas Holyoak but roll agonisingly wide before Holyoak produced a superb save to deny Evans after a neat build up on the left involving Abraham and Mikkel Hirst.

As the game entered its dying moments, Aylestone had a golden chance. Josh Hill delivered a pin point free kick into the box, Towers again lost his marker but this time the former Hinckley United man put his free header wide.

And the home side were made to pay as the game entered its final minute. Drew Kear’s driving run from halfway saw him feed Abraham who got the left hand byline before delivering a delicious deep cross that eluded keeper and defender alike for Evans to gleefully head home.

Another large travelling support jumped for joy to acclaim their side’s seventh successive victory. This was one that said much about the character and spirit of this ever improving group of players and management.