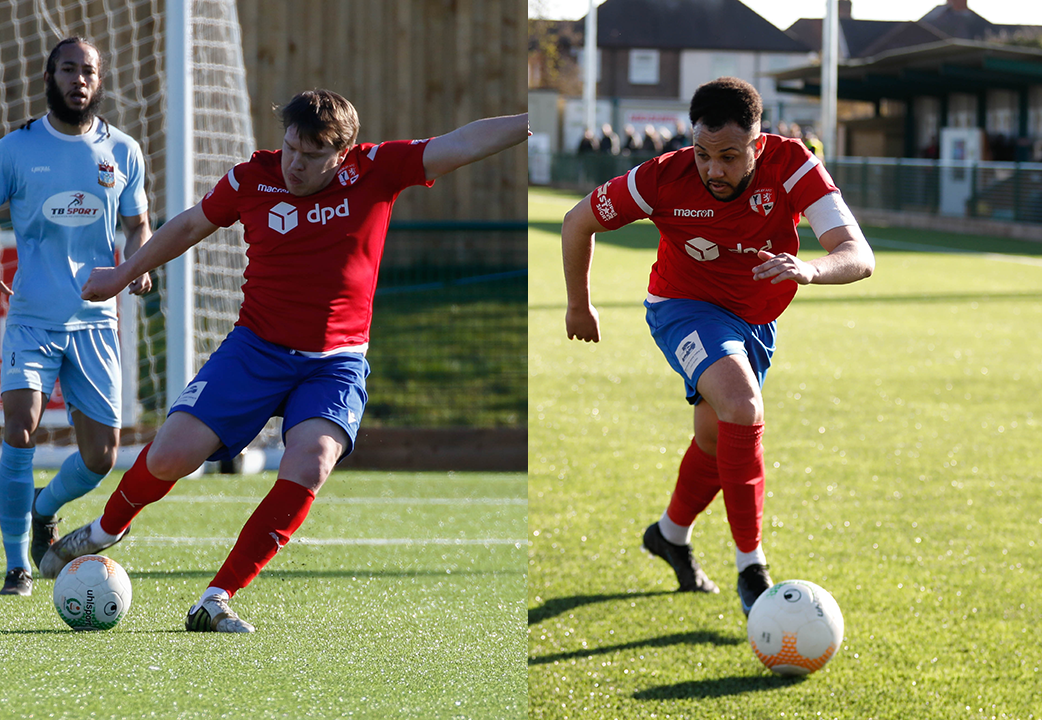 Ahead of our first pre-season friendly tomorrow, Hinckley AFC can confirm that Tom Weale and Lewis Rankin will stay with the club for 2022/23.

The pair have both signed to extend their stays with the club into a third season this campaign.

Influential midfielder Weale played in almost every position last season – with stints up front and at the back mixed in with his more familiar central role. He even had a stint in goal during a pre-season friendly to further prove his versatility.

The former Heather man is just one game short of reaching 50 for Hinckley and scored 12 goals last season to take his tally to 17 in total.

Those includes some memorable moments – including a hat-trick at Barrow Town and a stunning strike away to Aylestone Park.

His strikes were often pleasing on the eye, including fine efforts away to Kirby Muxloe and Holwell Sports.

We look forward to seeing more from these two back at Kirkby Road in the coming season.