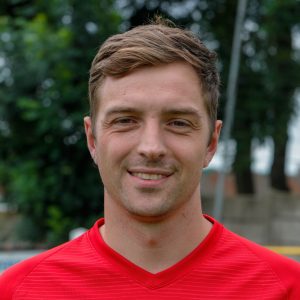 Mark is sponsored by #Hinckley2Heather

A versatile midfielder with vast experience of the Midland League Division One, Mark Williams initially joined Hinckley AFC from Nuneaton Griff in the summer of 2016 after spending the best part of three and a half years at The Pingles Stadium.

As the captain of the successful Heartlanders team that finished third in the league in 2015-16 and reached the fifth round of the FA Vase.

He then went slightly better with Hinckley during the club’s most successful season to date, making 39 appearances as AFC finished second in the league, reached the fifth round of the FA Vase and reached a League Cup final.

Chasing a new challenge that summer, he joined Atherstone Town and finished in the top three again at Sheepy Road, before lifting the league title with Heather St John’s last season.

Having enjoyed immense success over the last four season, he knows what it takes to be successful in the league and adds versatility and experience to the spine of the Hinckley side.