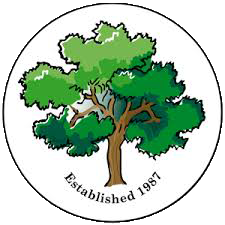 A five star performance from Ryan Seal helped Hinckley AFC reach the first round of the Buildbase FA Vase with a 6-3 win at Greenwood Meadows.
On a landmark day for the club captain, he became just the second player to score five times in one match for the club, and became the club’s highest ever goalscorer in the process.
Seal helped his side come from behind after Austin Wallace gave the hosts an early lead, scoring twice to give Hinckley a slender half time advantage.
And although AFC let the home side back into the game with some sloppy defensive errors, Seal’s finishing ensured it was his side who progressed to the next round.
It was the second week running that Carl Abbott’s side scored six away from home following last week’s win at Uttoxeter Town. Abbott made two changes to that starting eleven, with Peter Williams and Darious Darkin replacing Ryan Paddock and Paul Sullivan.
But AFC didn’t have it all their own way, largely thanks to their own sloppy defending. Just 57 seconds had passed when they went behind, as Wallace showed good strength to hold off his man from a high ball and bury into the bottom corner.
Hinckley weren’t behind for long, though, and levelled when Sam Agar’s clever dummy allowed Seal to run in behind. Seal’s first attempt was saved by Liam Mitchell, but he scored the rebound from close range.
On a difficult pitch, AFC were dominating possession of the ball and Haydn Whitcombe was barely tested in the visitors’ goal. In Greenwood’s only other chance of the half, Wallace danced past Mark Williams but blazed high and wide from a narrow angle.
From then on all the first half’s chances fell Hinckley’s way. Seal’s shot was saved after a good move down the right involving Agar and Peter Williams, before Seal turned provider as Agar volleyed wide.
Then, Peter Williams struck over and Seal’s effort was marginally too high as AFC sought a second goal.
It looked as though the sides would go in level at the interval, but Hinckley were awarded a penalty on the stroke of half time after Aaron Mitchell was adjudged to have handled in the box. The hosts hotly contested the decision, and were left ruing it as Seal sent Liam Mitchell the wrong way from twelve yards.
After the break, it took Hinckley just three minutes to extend their lead. Lee Butler – heavily involved in recent weeks but without finding the back of the net – got his reward for a superb left wing delivery that evaded everyone and nestled in the far corner.
That should have made the remaining 40 minutes or so more comfortable, but defensive frailties left Hinckley fans biting their nails. With twenty minutes to play, Mitchell was allowed a free header from James Price’s free kick to make it 3-2.
Going forward though, AFC were regularly pleasing on the eye and added a fourth goal, and Seal’s third, shortly afterwards. A flowing move ended with Darkin skipping past a defender and squaring for Seal to slam home from close range.
From the re-start, though, Hinckley were pegged back again. A high ball over the top caught out the defence, and Antony Atkins took full advantage by prodding over the onrushing Whitcombe to make it 4-3.
And with the home side seeking the goal that would force extra time Hinckley, and Seal, took advantage at the other end with two late goals. The first came after a sublime piece of play by Darkin, and in the final minute of normal time Agar’s hold up play allowed Seal to run in behind and slot home his fifth of the afternoon.
The skipper even had a chance for a sixth in stoppage time, but opted to square to Agar and after the ball took a bobble the chance was gone.
As it was, Seal had to settle for five on his landmark day as Hinckley reached the first round for a second consecutive year.
Greenwood: Liam Mitchell, James Price, Dane Rawson (Luke Farmer 68), Aaron Mitchell, James Hunter, Alex Doyle, Lorcan Hickey (Antony Atkins 77), Ryan Stark, Austin Wallace, Kamran Frost, Jeremy Millenstad. Subs not used: John Humphreys, Jack Upton, Joss Hourd-Lee
Goals: Austin Wallace (1), Aaron Mitchell (71), Antony Atkins (79)
Hinckley: Haydn Whitcombe, Mark Williams (Kian Jackson 87), Lee Thomas (Isaac Cooper 57), Mike Harvey, Jamal Clarke, Peter Williams, Lee Butler, Ryan Seal, Sam Agar, Sean Williams, Darious Darkin. Subs not used: Mitchell Tomlinson, James Williams
Goals: Ryan Seal (8, 43 pen, 78, 87, 89), Lee Butler (47)
Attendance: 80