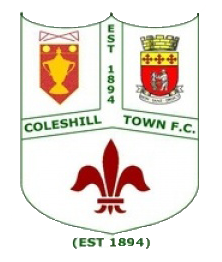 Hinckley AFC produced an outstanding display to knock Coleshill Town out of the Polymac Packaging League Cup with a 4-2 extra time win at Pack Meadow.
Carl Abbott’s side used the slick 3G surface to their advantage in the first half and were 2-0 up by the break thanks to Lee Butler’s free kick and Ryan Seal’s penalty.
Coleshill hit back after the break, levelling through Corey Currithers and Jordan Nadat to send the tie to extra time, but Hinckley dug deep and two late goals sent them through.
Abbott made two changes to the side that beat Southam United on Saturday. Lee Thomas replaced Kirtis Monson at left back, while Tom McCrystal came into the midfield in place of Peter Williams.
In the first half, AFC put their higher level hosts to the sword and took the lead after just seven minutes. Javia Roberts was fouled on the edge of the box, and Butler whipped another stunning free kick into the back of the net.
And AFC doubled their lead on the stroke of half time when Seal was felled in the box, but dusted himself down and convert from the spot.
Hinckley were never going to have it all their own way against a side towards the top of the league above, and just after the hour mark the game was all level again. First, Currithers drilled a low shot into the far corner, before former Hinckley striker Nadat netted from close range after Haydn Whitcombe’s fine save fell straight to him.
Coleshill had possession after their chances but the AFC defence was marshalled superbly by Mark Williams and Jamal Clarke.
When they did get a sight of goal, Whitcombe was on hand to keep them at bay with a series of fine saves including tipping over a 25 yard free kick that looked destined for the top corner until the ‘keeper diverted it with a stunning fingertip save.
The tie was sent into extra time, but with penalties looming AFC scored the decisive two goals. First, Westwood prodded home after a long ball into the box, before Roberts sealed progression with two minutes to go.
That sparked jubilant scenes from the energy-sapped Hinckley players at the final whistle, and AFC will host Boldmere St Michaels or Bolehall Swifts in the next round.
Hinckley: Haydn Whitcombe, James Williams, Lee Thomas, Mark Williams, Jamal Clarke, Tom McCrystal (Jack Farmer 79), Lee Butler (Leadun Dunlevy 106), Ryan Seal, Javia Roberts, Paul Sullivan (Kristian Ramsey-Dickson 61), Andy Westwood
Goals: Lee Butler (7), Ryan Seal (43), Andy Westwood (115), Javia Roberts (118)
Attendance: 103