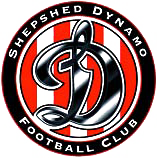 Hinckley AFC picked up their first win of pre-season with a 3-2 victory at Midland League Premier side Shepshed Dynamo.

Goals from Jake Healy, Sam Agar and Lee Butler meant AFC came away from The Dovecote with a win despite Gary Conway and an own goal netting for Shepshed.

It was an entertaining game on a warm day as both sides looked to get matchday action under the belt ahead of the season, and both sides approached the game in a competitive manner.

Indeed, there were chances for both sides throughout and Healy converted early on to give Hinckley the lead after JJ Melligan’s deflected strike fell his way.

At the other end, Haydn Whitcombe was called into action at the other end with a flying save before Shepshed equalised from the resulting corner – Conway heading home from close range.

Healy then struck the bar before AFC restored their lead on the stroke of half time – Agar converting from the spot after being fouled in the box.

And despite a few changes at the break, AFC added a third shortly after the hour mark as Butler drilled into the corner after good work by Brad Rolston and Kyle Minto.

Dynamo pulled one back when former AFC captain Luke Richards’ drilled low cross was turned beyond Jack Hartopp by an AFC defender, but Carl Abbott will be encouraged by his side’s showing against higher level opposition.