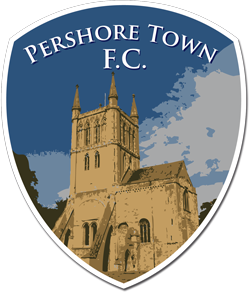 Josh Burniston’s brace helped Hinckley AFC come from 2-0 down to beat Pershore Town 3-2.
AFC were up against it just before the break when goals from Shaun Griffiths and former Hinckley forward Charlie Anagho-Ntamark put the hosts two goals to the good.
But Burniston halved the deficit just before the break, before setting up Richard Munday’s equaliser and then scoring again with 20 minutes to play to secure all three points.
Richard Lavery made one enforced change to his side that beat Paget Rangers on Tuesday. Marcus Jackson’s hamstring injury ruled him out, so Nick Goold made his first Hinckley start.
But AFC were slow to get going in what was an entertaining spectacle throughout despite the wind and rain. Ntamark was a constant threat during the opening stages, even before Pershore took an 18th-minute lead as captain Griffiths headed home from a corner.
And with Hinckley still struggling to get on top on a wet Worcestershire afternoon, the home side doubled their lead ten minutes before half time. Ntamark was a threat again, firing home on the turn from a narrow angle to put the home side in control.
But one thing Hinckley won’t do is lie down, and they pulled themselves back within a goal on the stroke of half time. Luke Richards set up Burniston, who drilled home his first goal for the club from 25 yards.
Lavery made a change at the break, changing shape as he brought on Munday in place of Goold, and it had a positive effect as AFC immediately looked brighter after the break.
It took until 20 minutes into the second half to level the game. From a Hinckley corner, Burniston recycled the ball and the far post and crossed for Munday to head back across goal and inside the far post to bring Hinckley back to parity.
Now with the momentum, Hinckley went in search of the goal that would turn the game on its head and they didn’t have to wait long. Burniston was involved again, finishing after Steve Hart’s good work down the right created the chance.
Hinckley had chances to kill the game off with Richards denied from close range, and nearly regretted not doing so when Pershore finished strongly. AFC were indebted to a fine double save from Carl O’Neill, and were relieved to see the rebound struck wide by a Pershore attacker who had the goal at his mercy.
But they held on for a battling three points that moves them up to fifth in the Midland League Division One table.
Pershore: Toby Wilcox, Cameron Mathewson, Aaron Xavier, James Walker, Shaun Griffiths, Daniel Getliff, Steve Webb, Chris Bright, Charlie Anagho-Ntamark, Alfie Bloomer, Terrance Morton. Substitutes: Jack Downing, Harrison Chiwara, Will Stallard
Goals: Shaun Griffiths (18), Charlie Anagho-Ntamark (35)
Hinckley: Carl O’Neill, Abdul Muhammad (Mitchell Tomlinson 78), Isaac Cooper, James Jepson, James Williams, Josh Willis, Nick Goold (Richard Munday 46), Josh Burniston, Luke Richards, Steve Hart, Jack Sutherland. Substitutes: Kai Tonge, Richard Lavery
Goals: Josh Burniston (40, 71), Richard Munday (65)
Attendance: 110