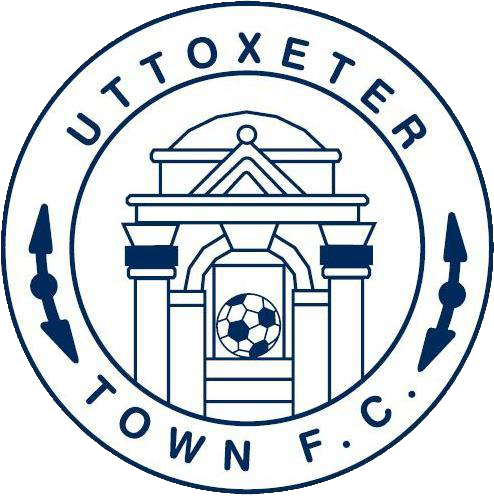 Hinckley AFC lost a league game for the first time since Boxing Day as James Curley’s second half hat-trick turned the game on its head for Uttoxeter Town.
Seeking a sixth consecutive win, all looked rosy for Hinckley at half time as Richard Lavery and Luke Richards put them two goals to the good.
But where Hinckley have turned around games from two goals down three times in their recent run, this time they were on the receiving end.
Curley scored two penalties and a stunner from nearly halfway to complete a turnaround and condemn Hinckley to defeat.
Player-manager Lavery made one change to his side that beat Pershore Town on Saturday, with Josh Willis replacing Richard Munday.
And in the opening stages, Hinckley looked to be continuing where they left off in Saturday’s win.
Both second half goals on Saturday came from James Jepson free kicks and Richard Lavery flick ons, and that duo combined again just seven minutes in. This time, Lavery turned from provider to scorer as he rose highest at the far post to nod home Jepson’s deep free kick from the right.
Hinckley then extended their lead just after the half hour, when Richards pounced after visiting keeper Mikey Allen spilled a low cross.
But while the first half all went to plan for AFC, the second couldn’t have been much different.
Hinckley struggled to get a rhythm in their play and gave away too many fouls, two of which would come back to cost them.
Curley was always likely to be Uttoxeter’s main goalscoring threat and he caused problems throughout the half, halving the deficit just before the hour. He was brought down by Carl O’Neill in the box, and converted the penalty to bring his side back in it.
And just six minutes later, they were level. Spotting O’Neill off his line, Curley launched an ambitious effort from just inside the Hinckley half which he caught sweetly, sailing over the keeper’s head and into the back of the net to level affairs.
Now it was Hinckley’s turn to be on the end of a second half comeback, and Curley completed it himself with 12 minutes to play. Again, it was a problem of Hinckley’s own making as Josh Burniston fouled in the box, and Curley completed his hat-trick from 12 yards.
Hinckley had spells of pressure for the final quarter on an hour or so in a bid to save their unbeaten run, but the visitors held firm to condemn Lavery to a first league defeat in charge.
Hinckley: Carl O’Neill, James Williams, Mitchell Tomlinson, James Jepson, Josh Willis, Richard Lavery, Kai Tonge, Josh Burniston, Luke Richards, Steve Hart, Jack Sutherland. Subs not used: Jonathan Bukasa, Abdul Muhammad, Asa Wright, Chad Timson
Goals: Richard Lavery (7), Luke Richards (33)
Uttoxeter: Mikey Allen, Joe Brown, Jack Hassall, Tom Morgan, Dom Ward, Jack Derbyshire, Charlie Oddy, Ryan Metcalfe, James Curley, Kyle Esplin, John Atherton. Subs not used: Jack Humphries, Jake Avery, Louis Sherwin, George Woodruffe
Goals: James Curley (58 pen, 64, 79 pen)
Attendance: 127