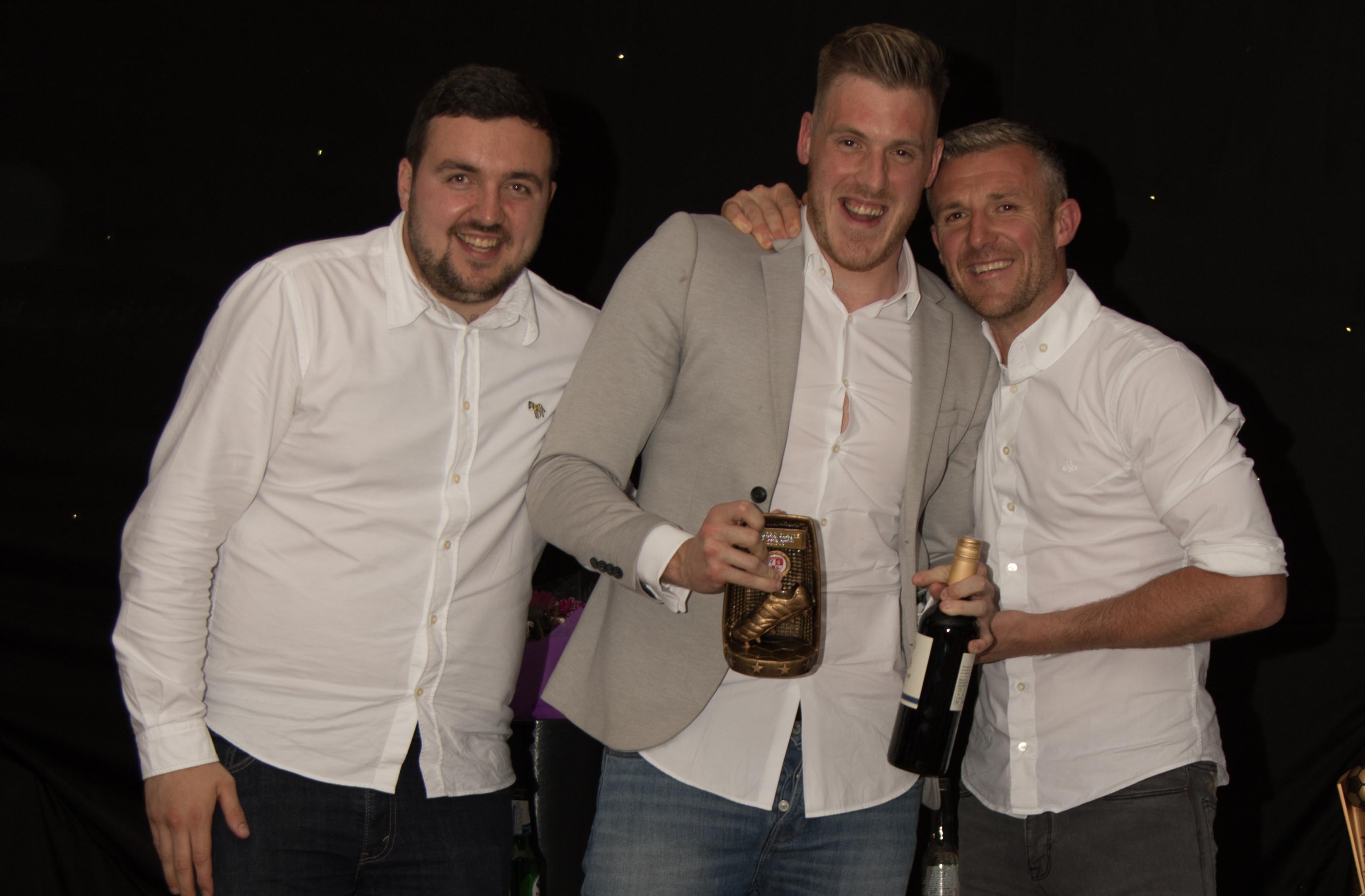 Steve Hart picked up an awards double while Luke Richards and James Williams also picked up accolades at Hinckley AFC’s annual presentation night.
The presentation evening, held in the Starlight Suite after Saturday’s game against Bolehall Swifts, saw top scorer Hart, captain Richards and Saturday’s hat-trick hero Williams all pick up players’ awards.
The Supporters’ Player of the Year went to Hart, who to date has scored 48 goals in 36 games, with 25-goal Richards voted as the runner-up.
Williams, meanwhile, was voted as the Supporters’ Young Player of the Year for the second season in a row after another impressive term playing across the back four.
The Players’ Player of the Year award went to Hart, while Richards picked up the Manager’s Player of the Year.
Off the pitch, the Simon Blyth Clubman of the Year award was shared between two people whose contributions prove invaluable for the club. Celia Bailey, who works tirelessly to provide and organise drinks and food for club officials (with a special mention for the jaffa cakes!), shared the award with kit manager Ian ‘Geordie’ Nichol who has barely had a spare minute in our recent hectic run of fixtures!
In the Under 18s, Chad Timson picked up the Manager’s Player award and has featured for the first team on a number of occasions from the bench this season, while Matt Jelfs and Tommy Probert shared the Players’ Player award.
Congratulations to all those recognised as we approach the end of another season with plenty of memorable moments at Hinckley AFC.