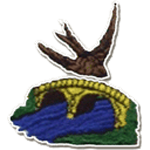 James Williams scored a hat-trick as Hinckley AFC put nine past Bolehall Swifts at St John’s Park to strengthen their top four credentials.
Building on Thursday’s 6-1 win over Chelmsley Town, Hinckley were 6-1 up by half time with all six scored by defenders, including three for Williams and two for Richard Lavery.
Strikers Steve Hart and Luke Richards got in on the act after the break as Hinckley recorded a comfortable three points.
With Carl O’Neill unavailable, defender Richard Munday donned the goalkeeper gloves for the game but was rarely called upon in a one-sided game.
Less than ten minutes had been played when Hinckley took the lead. James Jepson’s free kick was nodded back across goal by Lavery, and Josh Willis fired home the opener.
But although Hinckley were on top, Bolehall found themselves level again ten minutes later when a mix up between Munday and Mitchell Tomlinson allowed Joe Kinsella to roll into the empty net.
That reality check seemed to spur Hinckley on, and for the next period of the game they were relentless. Just three minutes later, another Jepson set piece caused havoc and Williams fired home the loose ball to restore Hinckley’s lead.
Goals continued to flow, and within minutes Williams had added a third with a fine strike from 25 yards.
Jepson’s set pieces were Hinckley’s biggest threat, and he provided a third goal of the afternoon to put Hinckley 4-1 up – a right wing corner bundled home by Lavery.
The player-manager then grabbed his second in the space of ten minutes shortly before the break, heading home Williams’ cross from the right.
And Hinckley still weren’t done there. Williams turned from provider back to scorer for his first Hinckley hat-trick. It came through another fine finish, this one left-footed from the edge of the box as Hinckley took a 6-1 advantage into the break.
The odds on Hinckley scoring six without Hart and Richards contributing a goal would have been long, but the two strikers addressed that shortly after the break. Hart netted first, making it seven by drilling home after the Swifts ‘keeper fumbled a cross.
By the midway point of the half, it was 9-1 and Hinckley were seeking double figures. Richards scored a quickfire double, first with an acrobatic finish from Hart’s left wing cross, before he scored a wonderful solo goal as he rode four tackles before scoring from close range.
With Hinckley enjoying their afternoon in the sunshine, they were expressing themselves but couldn’t find another to make it into double figures.
Instead, it was Bolehall who finished the scoring when Reece Beacon scored from Adam Brown’s left wing corner.
But Hinckley’s comprehensive win sets them up nicely for Tuesday’s A5 derby against fellow top four chasers Atherstone Town.
Hinckley: Richard Munday, James Williams, Mitchell Tomlinson, James Jepson, Josh Willis, Richard Lavery (Chad Timson 46), Kai Tonge, Josh Burniston, Luke Richards, Steve Hart (Jonathan Bukasa 75), Nick Goold
Goals: Josh Willis (9), James Williams (23, 26, 41), Richard Lavery (35, 38), Steve Hart (52), Luke Richards (60, 63)
Attendance: 159