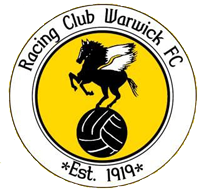 Bertie scored twice in ten minutes towards the end of the game to settle AFC’s season-ender as Richard Lavery’s side failed to score for just the second time in the league this season.

With the winners guaranteed to finish in the top five, Hinckley couldn’t end their season with three points and finish the season in sixth in the Midland League First Division.

On a balmy spring evening at Townsend Meadow, Luke Richards returned from suspension for the final game of the campaign but the sides went in level at the break after a goalless first half.

The opening 45 minutes were relatively even, with Hinckley perhaps shading it. Indeed, it was the visitors who had the two best chances but Steve Hart couldn’t add to his 50 goals this season as Tom Cross denied him – the former Hinckley goalkeeper twice pulling off good stops to prevent Hinckley breaking the deadlock.

That was in stark contrast to the reverse fixture just a month ago, which ended 4-4 as both sides looked a constant threat.

This time, though, chances were much more sparse and the Racers snuffed out Hinckley’s opportunities after the break, before taking the lead themselves with 20 minutes to play. Luke Cole’s effort was blocked, but Richard Powell returned for Bertie to fire into the corner.

Nine minutes later, Warwick doubled their lead. Bertie played in Elliott Powell, whose ball was flicked back into the path of Bertie to drill home his second.

AFC couldn’t break down a resolute Warwick defence late on and they ended the season with defeat.

Ultimately, playing ten games in 23 days to conclude the season proved a tough ask for AFC who will hope for more stability next term.