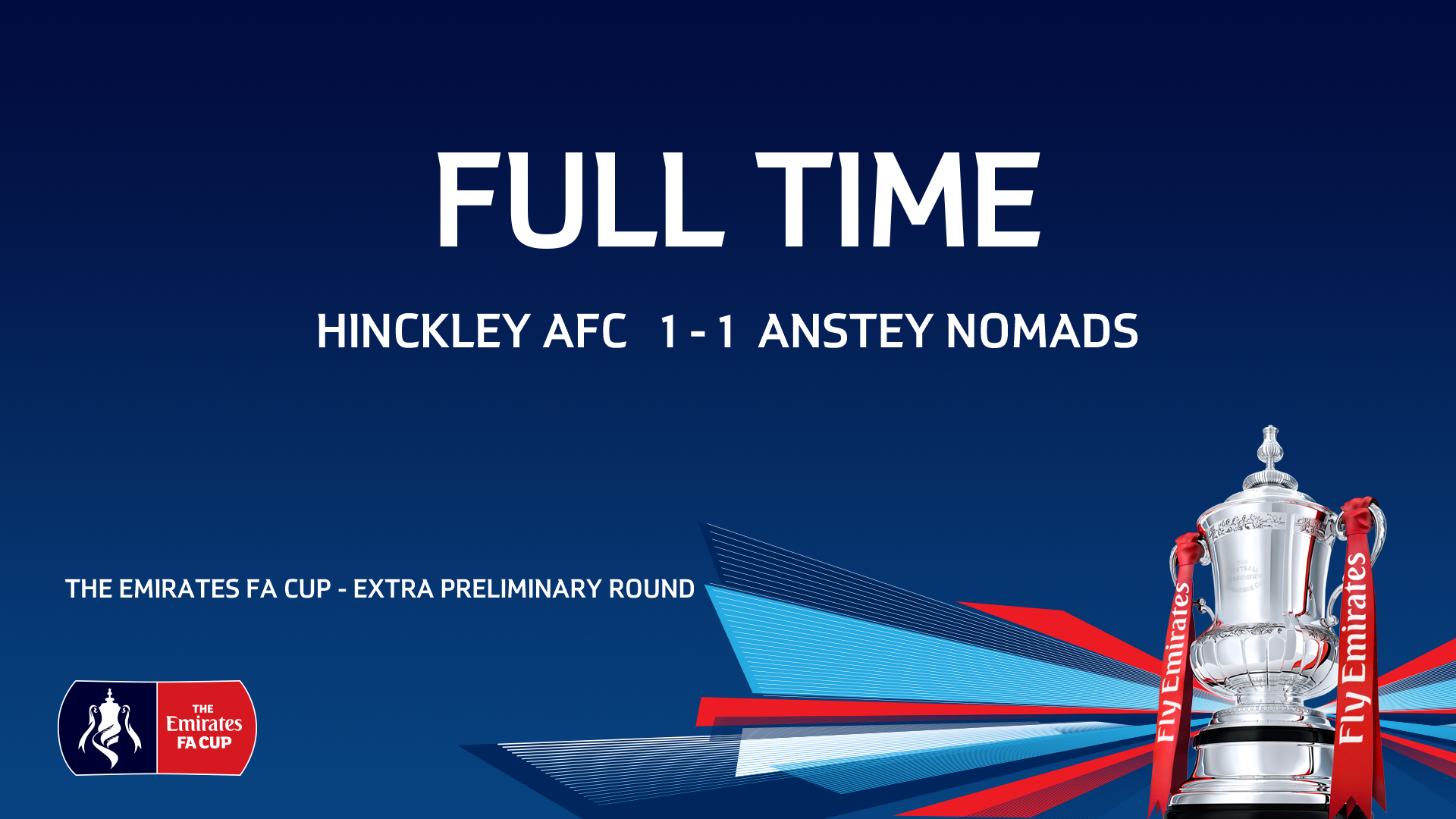 Hinckley AFC and Anstey Nomads will meet again on Tuesday evening after a 1-1 stalemate in the extra preliminary round tie at the Welfare Ground.

The two step six sides couldn’t be separated throughout an intriguing initial tie, in which Grant Ryan scored for the third consecutive game to give Hinckley the lead.

But Anstey hit back after half time, equalising through Corey Armeni before hitting the post with a penalty as the sides had to settle for a replay at Cropston Road on Tuesday.

James Jepson made four changes to his Hinckley side that drew with Coventry Copsewood on Tuesday evening. Jacob Wood and Jason Lee made debuts, while Toby Moore returned and Steve Chaplin made his first start.

In front of a good crowd of 218, it was a largely scrappy first half in truth where Hinckley perhaps shaded the game, but didn’t create too much to show for it.

That was aside from their 14th minute opener, a goal similar to the one against Coventry Copsewood on Tuesday evening where Ryan latched onto a clever through ball and executed a deft lob to give Hinckley the lead.

It was a third in three games for the former Mansfield academy man, who has given Hinckley a first half lead in each of their three games so far.

But, like Tuesday evening, the visitors hit back after the break kicking down the slope. In a more open half, they missed a couple of good chances before getting the goal they merited through Corey Armeni.

Then, just a couple of minutes later, Ashley Day struck the base of the post from a penalty as Hinckley just about survived.

AFC recovered and had chances to win it late on, as Anstey did themselves, but neither could find the elusive winner and the sides will try again at Cropston Road on Tuesday.

The opponents in the next round, Barton Town and Clipstone, also drew yesterday and so will also have to replay this week.