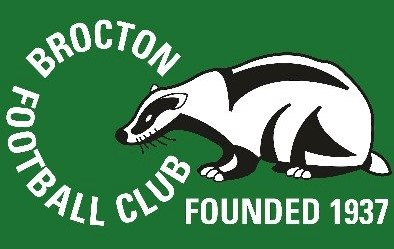 Hinckley AFC had to settle for a point after a hotly contested last minute goal earned Brocton a share of the spoils in a 3-3 draw.

In what was an entertaining game throughout to warm the cockles on a cold evening, Hinckley had much the better of the first half and led through Jordan Wilson and Jean Dakouri, which sandwiched Adam Wood’s leveller.

Brocton equalised again before Wilson gave Hinckley the lead for a third time, only for Lee Osborne to prod home late on as Hinckley were left incensed that handball wasn’t given.

James Jepson made one change to his Hinckley side that drew with Uttoxeter at the weekend, Chad Timson coming in at right back.

And AFC came out of the blocks well, having the better of the first half. That said, it was the home side who had the first chance when Regan Smith flashed wide of the near post.

But AFC gained control quickly, taking the lead seven minutes in. Louis Hamilton fed Wilson down the right, and the forward cut inside before unleashing a powerful strike into the top corner.

But the lead didn’t last, and Brocton levelled just two minutes afterwards when Wood was allowed a free header to power home an equaliser.

Hit by the early equaliser, after that the first half was arguably Hinckley’s most fluent of the season, and they made good use of the slick pitch dampened by pre-match rain.

A good move involving Chris Hollist and Wilson saw the former set up the latter, whose effort was deflected over, before Wilson tried a carbon copy of his opening goal only to see his effort deflected inches wide.

The resulting corner was cleared to Hamilton, who bent one over.

As Hinckley continued to fashion chances on a regular basis, scrappy build up led to Wilson finding the side netting, before Hamilton’s sweet volley was tipped over and Sam Belcher had one deflected wide after another neat move down the left.

By this stage, it was one way traffic and although Brocton battled hard to protect ‘keeper Joe Geldart, Hinckley retained control. Geldart was called into action when he clawed Wilson’s header off the line – and Hinckley’s protests that it went over the line fell on deaf ears.

Then, Wood’s fine defending denied Nkosi Mzungwana a certain tap in and Belcher struck wide from range as Hinckley didn’t so much knock at the door as force it down.

And they bagged the second goal they deserved ten minutes before the break, when Dakouri found the top corner from just outside the box.

The goal seemed to kick Brocton into gear, and on the stroke of half time they had a chance to level, but Rohan Wedderburn-Spencer chipped wide after a well-worked move and Hinckley took their advantage into the break.

After half time, Brocton reacted well and gained more of a foothold as Hinckley weren’t so fluent, though neither side created too many clear cut chances.

The closest either side came early on was when Weldon’s speculative effort clipped the top of the bar, before Hinckley’s first effort of the half saw Geldart impress again – clawing Hamilton’s effort away from the top corner.

Then, Belcher drilled just over from Wilson’s breakaway as Hinckley sought a third that would make them more comfortable.

But it didn’t come, and Brocton equalised for a second time when a ball into the box somehow found Weldon at the far post. He converted off the underside of the bar to restore parity.

Hinckley’s missed chances were now looking costly – but they still continued to work efforts and Wilson had a brace of chances, first a heavy touch allowed Geldart to claim when he would have otherwise been through, before striking the bar from range.

But with 12 minutes to play, AFC led again. Jepson’s free kick was tipped onto the post by a full stretch Geldart, but the rebound fell nicely for Wilson to slot home his second of the night and give Hinckley belief that they were on their way to a big three points.

And when they rode out a golden chance for hosts shortly afterwards, when Smith’s effort was blocked and Adam Weldon curled the rebound straight at George Warren, Hinckley gained in belief that they could get a valuable three points – particularly when Warren dealt well with a swerving effort on 88 minutes.

But their beliefs were crushed in the final minute of stoppage time, when a long ball into the box looked to have been helped on by a Brocton hand, and Osborne applied the finishing touches to Hinckley’s disbelief that the goal wasn’t ruled out.

The only chance Hinckley had for a dramatic late goal of their own was when Joe McLaughlin’s acrobatic effort was held – and they had to settle for a point on an ultimately frustrating night.